I have a semicircle like game object which I made by putting two arcs in an empty game object (SCircle) and rotating the 15° (for left arc) and -15° (for right arc) as seen below. 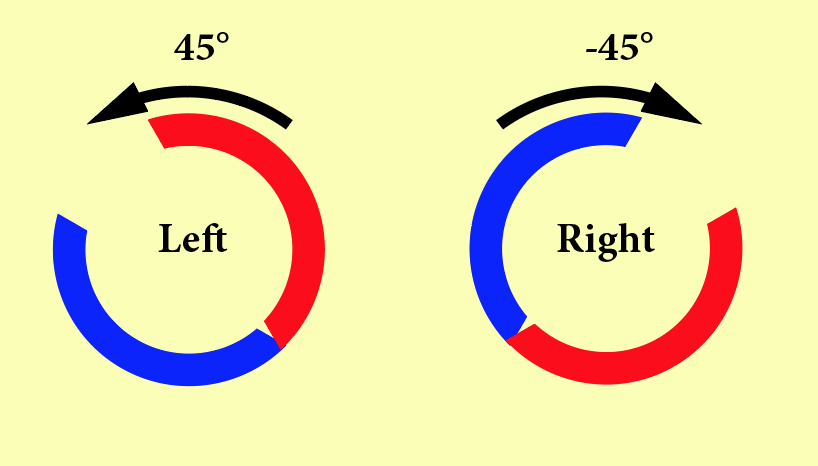 I use the following coroutine to move SCircle between orientations.

I also used a very similar coroutine to move the individual arcs by 30° (in opposite directions) from say, Orientation Left, as seen below: 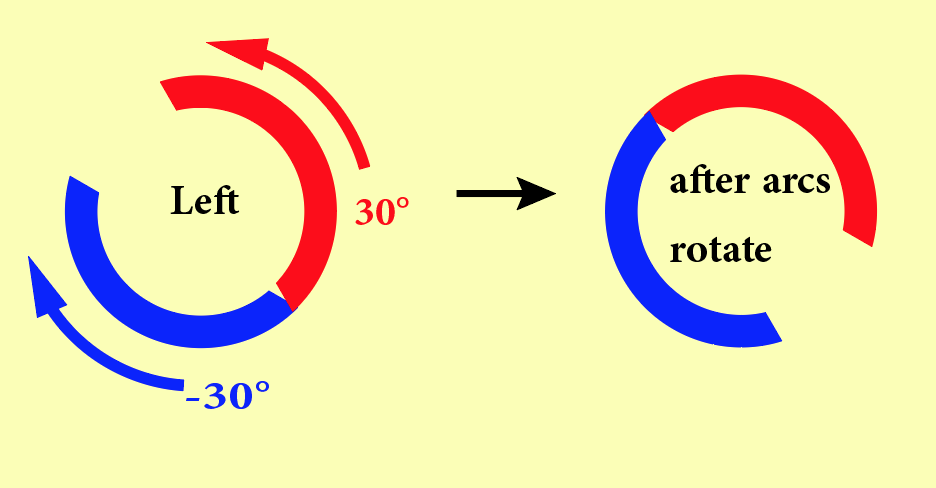 How can I achieve the behavior from Left to B and from B back to Left? 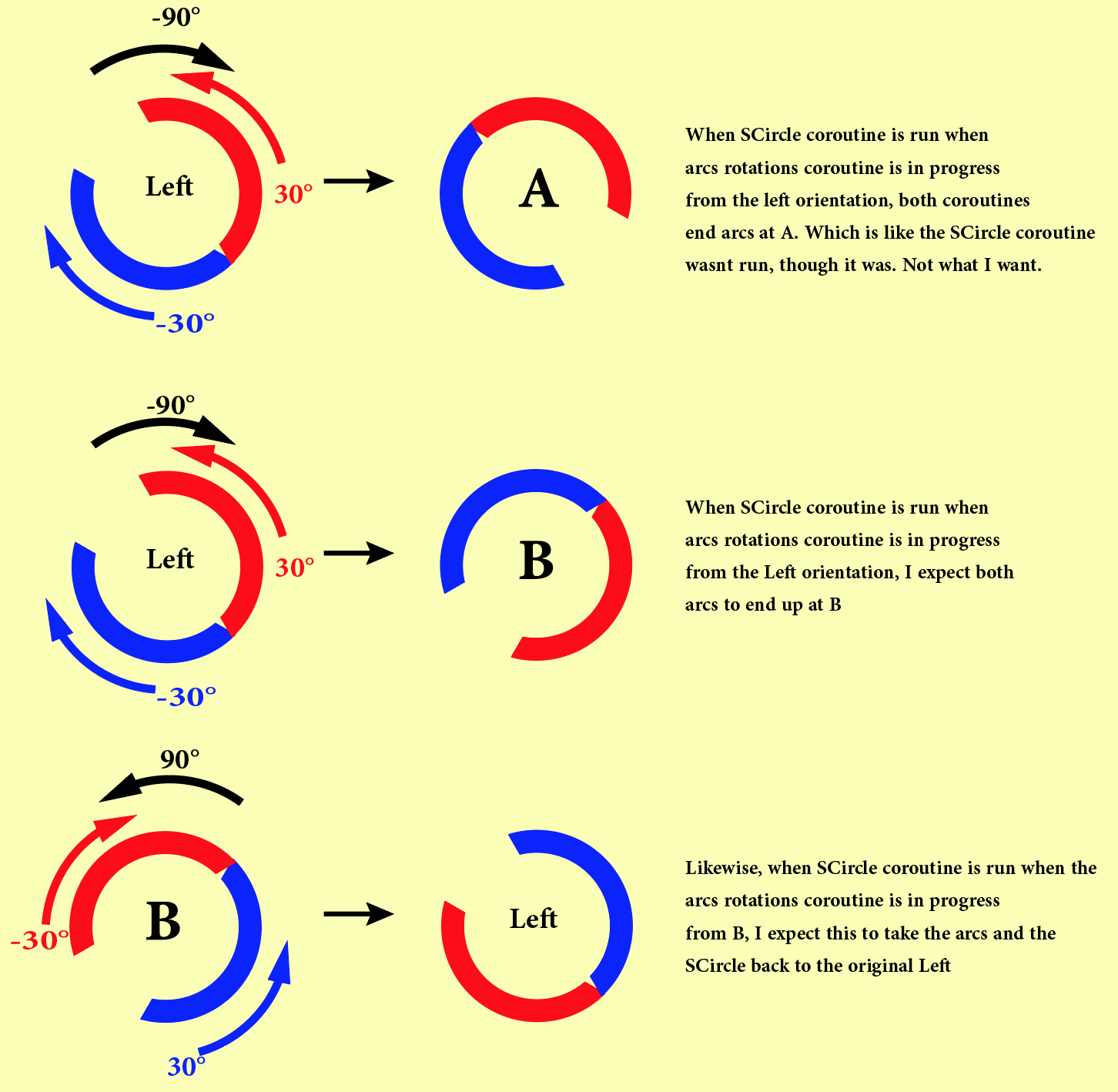 Your approach SHOULD work if you keep your local rotations straight. Essentially you have two rotations you want to act independent, and somehow they're coupling. The following scenario SHOULD work, and if not you may not have set it up correctly. Try attaching a script like this to each object you wish to rotate independently:

This solution has the bonus that it can be attached to any game object. You can have your existing classes simply use a reference to this script. It's plug and play!

2
How can I fade a game object in and out over a specified duration?

0
Parenting a child object to parent in Unity
1
How to synchronize a parent and child position?
2
Getting player cube to move left or right in relation to camera based on camera's rotation
3
Rotating GameObject does not rotate child
0
Unity 2D: Position Child Object to center of Parent Object
5
A coroutine to rotate one point around another by a given angle without referring to game object
1
How to completely stop the camera from clipping into the ground
0
why child class can access object while parent can't
0
Rotating a parent rectangle to align child with target