For now I managed to move my Image using Input.gyro.attitude.eulerAngles.x; from gyroscope like this:

The problem which I am seeing is that when Input.gyro.attitude.eulerAngles.x reaches 86.0 it starts decreasing and even if you are rotating your phone to right it changes it's direction.

Checked the documentation, examples over internet, but didn't find anything about that.

If you have any idea what can cause that issue and how can I fix it, or any other suggestions how can I achieve the thing which I want to create, pleae share your knowledge.

Edit: The only rotation axis which I am interested in is X, because the app will be in portrait mode and I want to be able to move the image only horizontal (by X).

So the phone's rotation has to be similar to while taking an panoramic photo on your mobile as shown on the first picture: 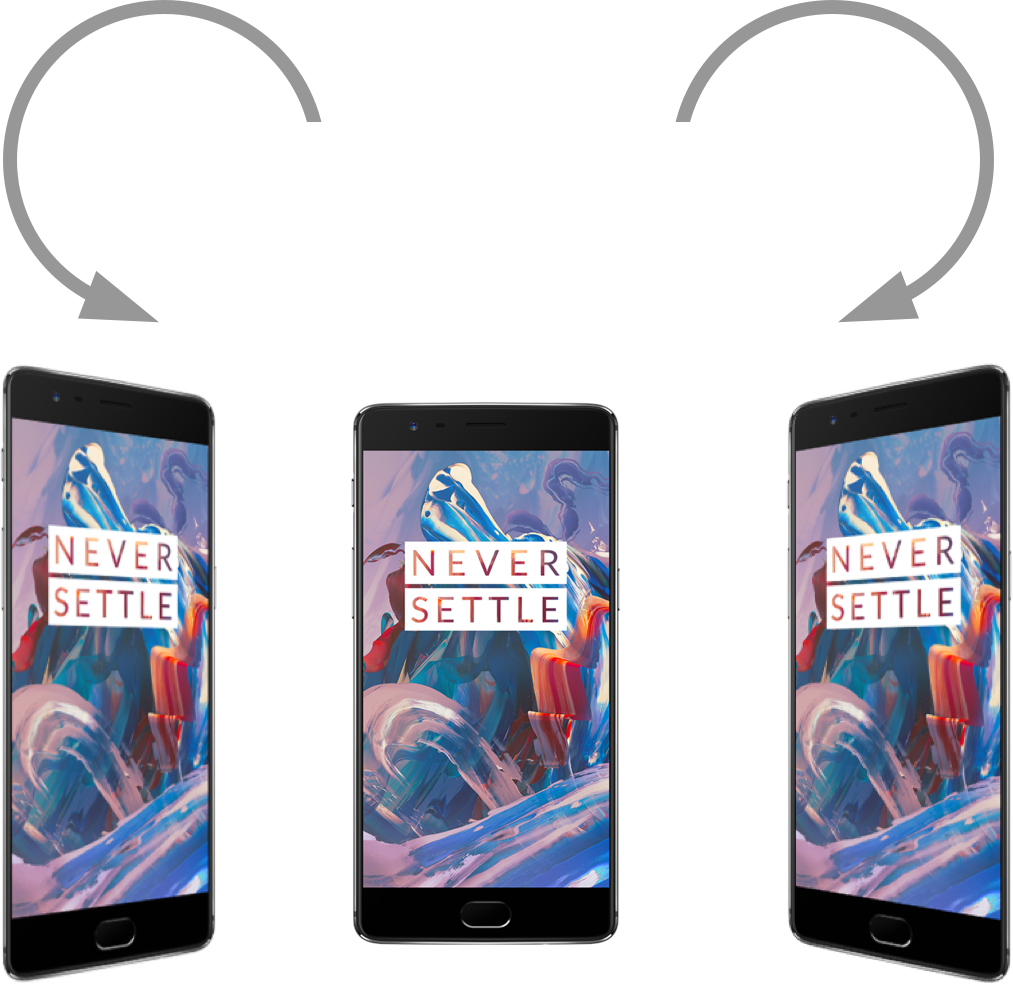 To pan your image based on the relative rotation of your phone, you'll want to use Gyroscope.rotationRateUnbiased instead of Gyroscope.attitude. The latter describes the current orientation of the phone, which means it will wrap around when you rotate your phone a full 360 degrees, and your magnitude depends on how far you are from Unity's global zero, not how fast you're turning your phone.

In contrast, rotationRateUnbiased gives the instantaneous speed of rotation about each axis, which sounds more like what you're looking for. Remember to scale the speed by deltaTime so your movement doesn't jump/stutter or show inconsistencies under framerate changes.

Not the answer you're looking for? Browse other questions tagged unity mobile gyroscope or ask your own question.

0
Architecture of “doodle jump” type gameplay infinite looping background
0
Javascript game to Phonegap for android game?
0
How can I support both multiple resolutions and multiple orientations in a game?
1
How to manipulate browser pixels on different mobile devices
25
Using Quaternions: What can I do with them? (without the maths)
1
How to get samsung gear vr controller rotation & position in unity
1
How to completely stop the camera from clipping into the ground
0
I want to clamp each instance of the same prefab to the y axis only