How to render gameplay over UI?

I have set up 2 cameras. One for UI and another one for gameplay.

I need the UI to be rendered after before game objects (over gameplay). I wanted to achieve this without using world space canvas, because It requires being scaled for every other device along with a camera.

UI can be drawn over gameplay using greater depth than gameplay camera. And because it's depth only there is no solid color, so it all works well.

But you cannot set gameplay camera to depth only because it doesn't render things right, it doesn't clear the render texture I guess.

So this is what happens if gameplay camera is set to depth only. 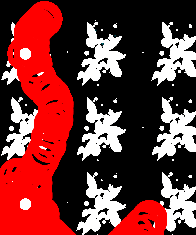 This is what happens when gameplay camera is set to Solid Color and UI Camera has bigger depth. You can see that the ring is covered by UI arrow. 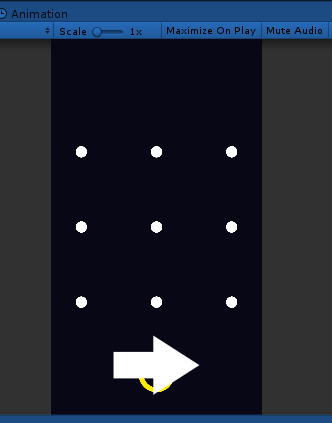 These are mine settings. 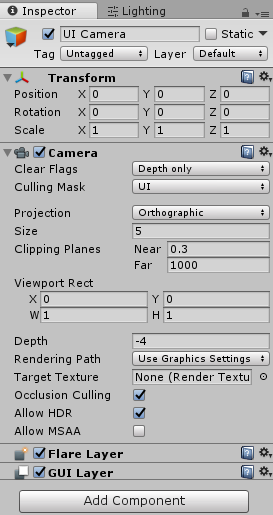 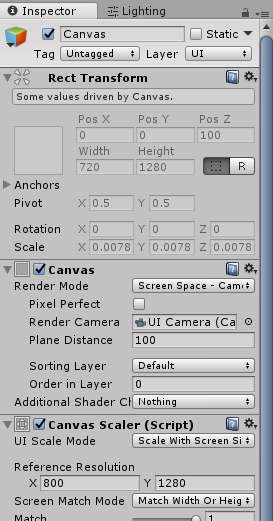 Is there a way to achieve this in Unity without using World Space Canvas Mode?

This (your first screenshot) happens when you have no cameras that clear everything. All you need is a Background Camera that renders nothing (remove all render flags in the culling mask) but a Solid Color (set the clear flags to solid color). Then just set the depth of the Background Camera lower than your Main Camera. Your UI Camera should have a depth value that is higher than both cameras (if I understood what you want correctly).

I'm not sure why you want to have a setup like this, but since you do, there you go. This setup should be possible with just one camera though.

I've seen some of these problems in my own work though I can only comment on the red artifacts as I have never done the same thing as you have in 2D - I have made it in 3D - worked through the problems also. So here goes.

First the red game object is doing that because I think you don't have a background but using a solid black colour. If you can - try using an Unlit shader that is coloured black and try that again - this should fix the artifacts.

As for the cameras - I think you should swap your camera depths around and put put both your camera clear flags to depth only.

Let me know if that works.

Not the answer you're looking for? Browse other questions tagged unity rendering gui or ask your own question.

5
Multiple render targets and gamma correctness in Direct3D9
1
Unity 4.6: Position jumps when switching Canvas render mode from Overlay to camera in code
0
Unity: How to apply bloom to only some objects in the scene?
1
Unity: Render only select objects but show previously rendered objects
2
UI/Menu that works with and without VR (Unity, WMR)
2
How can I display a 3d object and my player on a canvas?