I was wondering if I could get some help with modifying a Blueprint I'm currently using for a project in Unreal Engine.

I am currently attempting to make a side-scrolling platformer game and I'm using a camera bounding box Blueprint to restrict where the camera can move when tracking the player's movement, based on the following series of tutorials on YouTube by JvtheWanderer: How to make a Metroidvania/ 2D Camera Blueprint System on #UE.

Pretty much every platformer from Super Mario to Sonic the Hedgehog to Castlevania, have such boundary limitations, usually at the very start of the level and also frequently at the end. The limitation on the Y-axis boundary is also frequently used to lock the player into a particular area for forced enemy encounters, mini-boss fights as well as proper boss battles, a limitation that lasts until the player has vanquished the threat.

I wish to implement similar boundaries on the camera bounding boxes within my project to restrict where the player can go without having to place walls everywhere to keep the player from wandering beyond the level's limits. Using walls to restrict the player's movement is fine for indoor areas, but it ends up looking distractedly out of place in outdoor areas if used in excess.

I've included screenshots below of the Construction Script & Event Graph from the SideScrollerCamera Blueprint I'm using. I would also include the Viewport and the Level Blueprint as well, except that the time being, I am unable post more than two links. 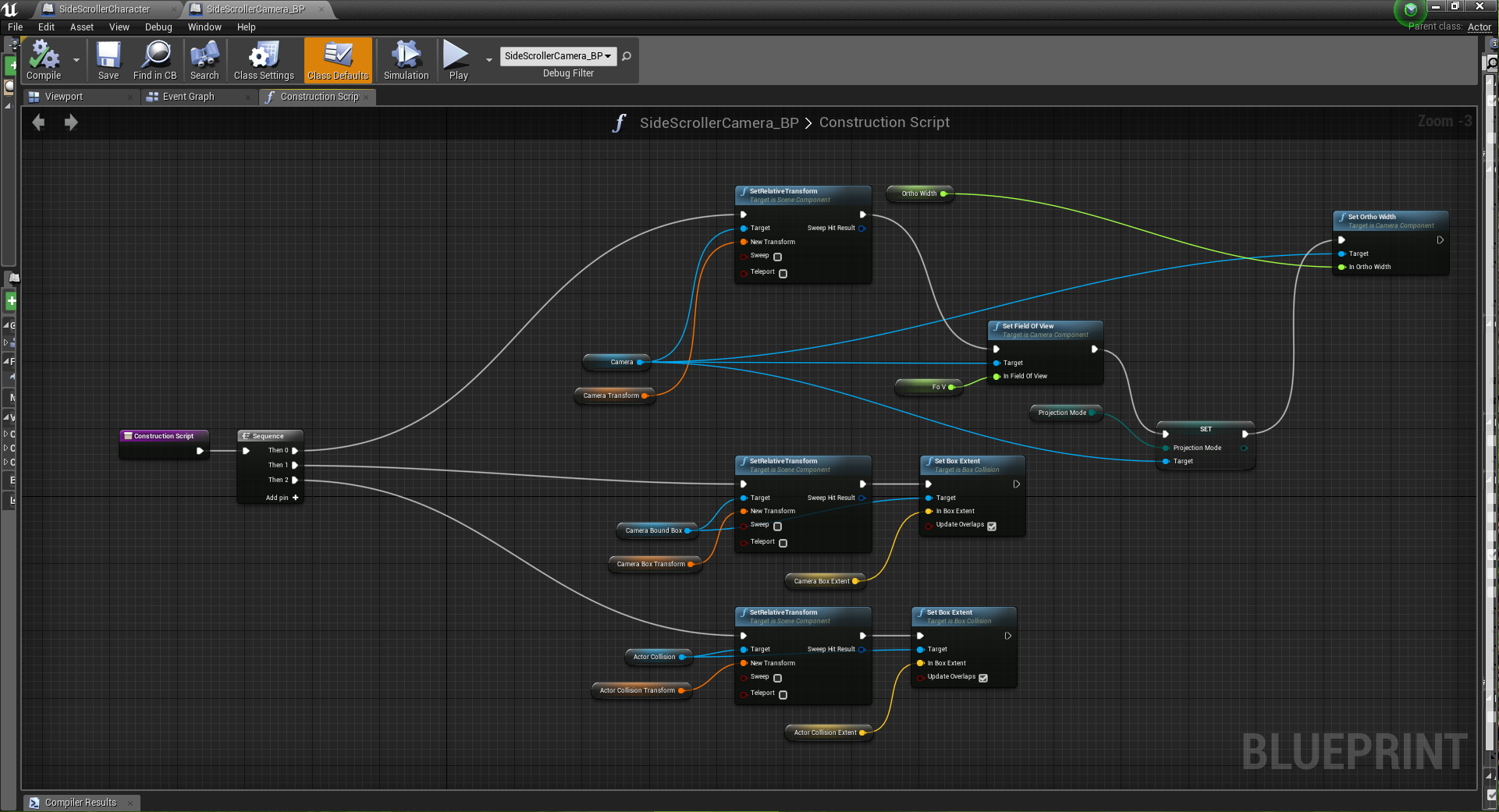 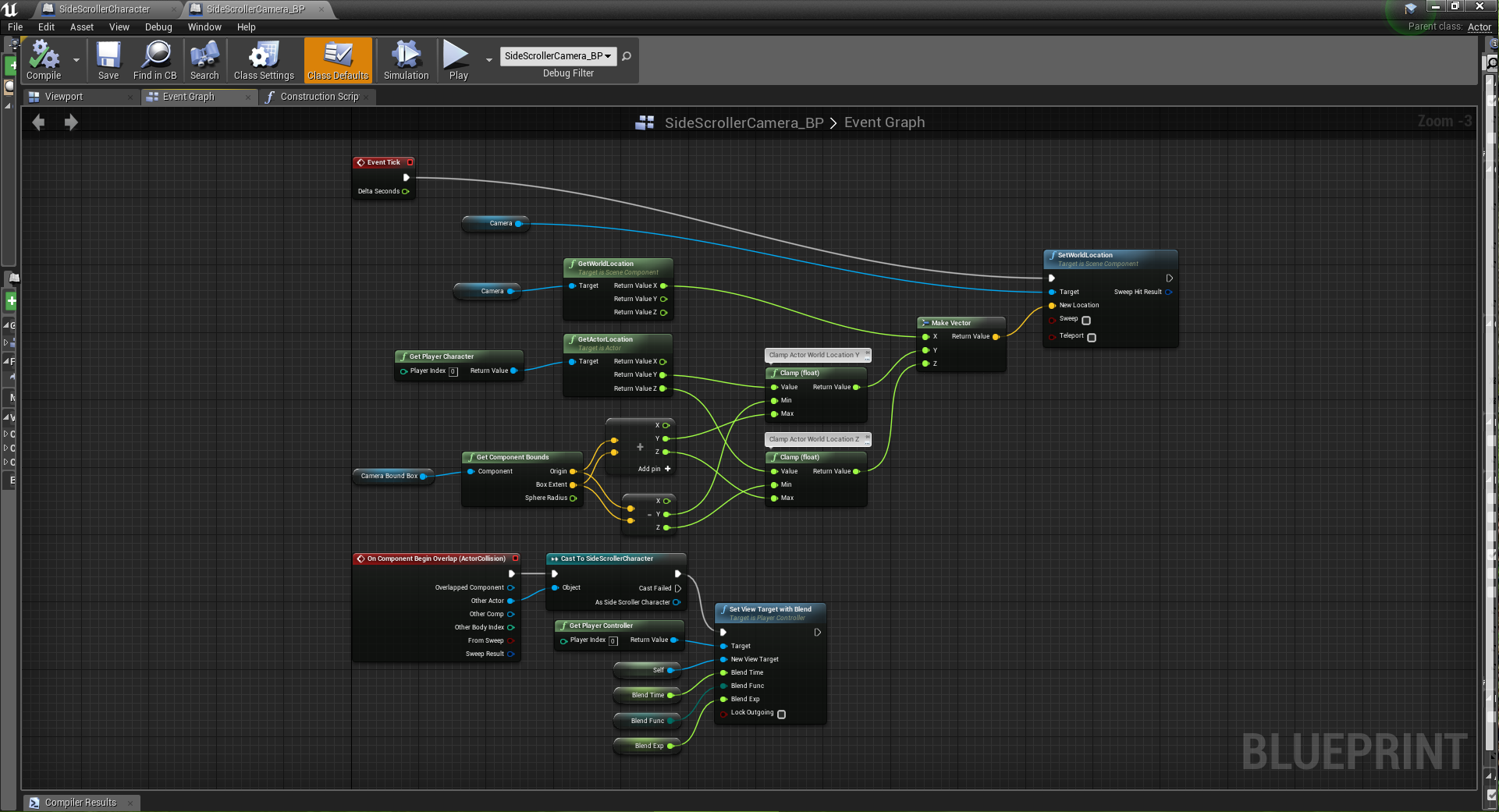 Any help with this matter would be greatly appreciated.

Browse other questions tagged camera unreal-4 blueprints or ask your own question.