Player animating the wrong direction once he is rotated

I have used the scripting root motion move the player when using an 'inplace' animation.

All works correctly until the players rotation is off 0,0,0. This is expected as the movement is along the transform.z axis but how can I account for the rotation in the script and apply it so the movement is correct in game?

The gorillacontroller script is the script we are trying to fix On playerGorilla. animator is on the playergorilla. The gorilla1 is the gameobject holding the mesh and the bones for the character.

I will also add the transforms are moving this was my silly mistake because I had tool handles in global instead of local.

This makes it even more confusing however because all tranform.z (blue axis) are facing the correct way for the animation to work but the animation is only ever playing in the original direction where the rotation is 0,0,0,0. 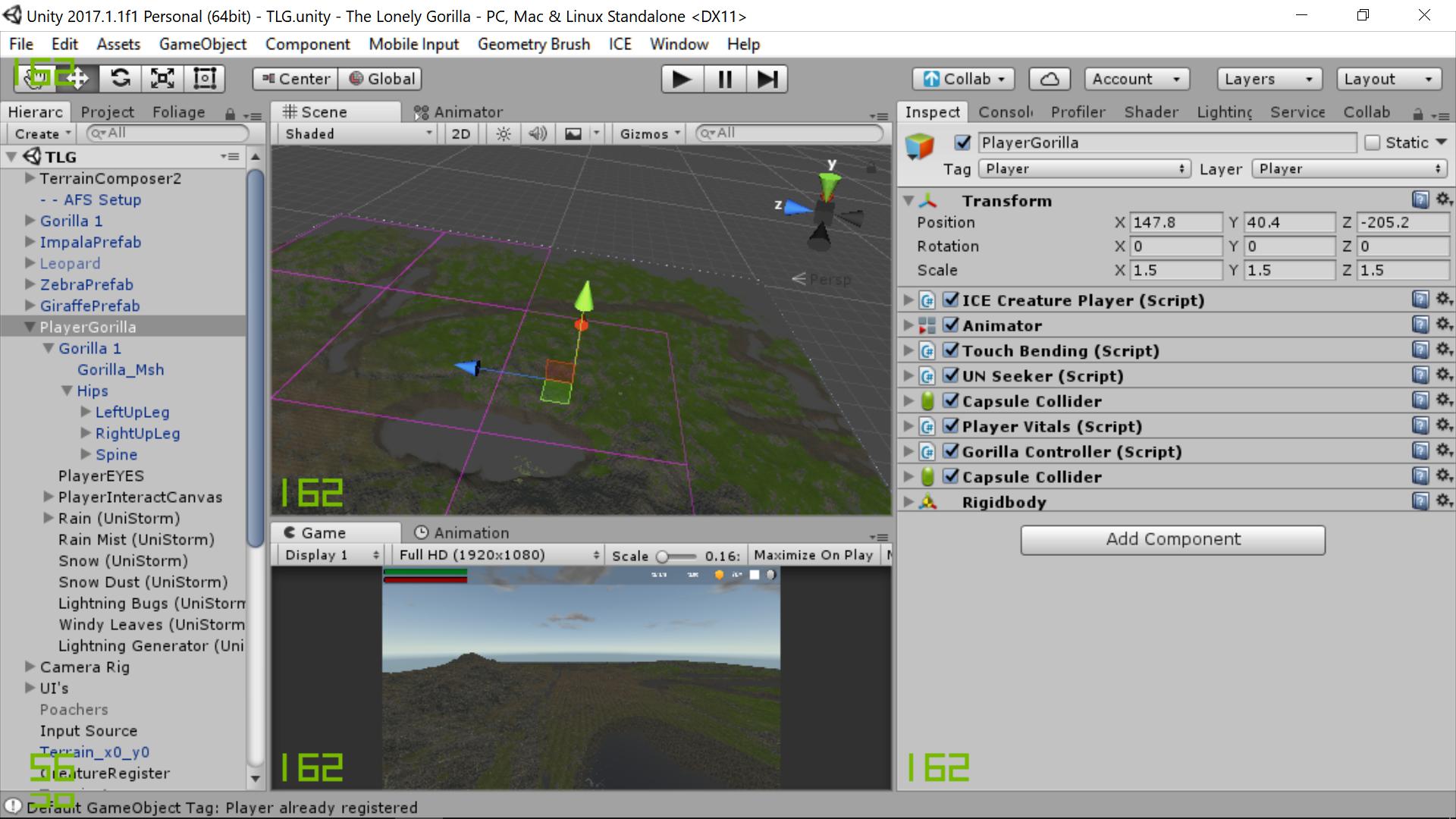 You can use transform.forward to get the local z-axis(blue) direction converted in world space. So you can just do

Make sure you get the forward property on the right gameobject (it depends on your models and animations, usually is the root gameobject or the skeleton parent)

0
Raycasting to AddForceAtPosition goes to the wrong direction
3
How to completely stop the camera from clipping into the ground
0
Player animation mismatches its movement input
0
Unity: 'Quaternion.RotateTowards' animation is too fast (instantaneous)
1
Raycast wrong direction
0
Capturing hard movement from one side to the other on thumbstick