I'm making a map viewer where you can specify where tiles go in a map and then see it on the screen, translate it, and zoom in and out. 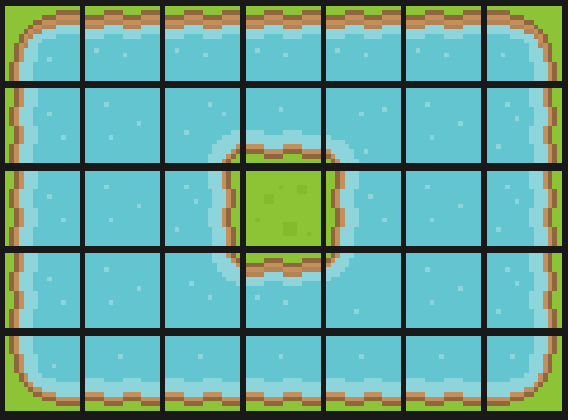 Here's the tiles connected together, more or less my desired result. 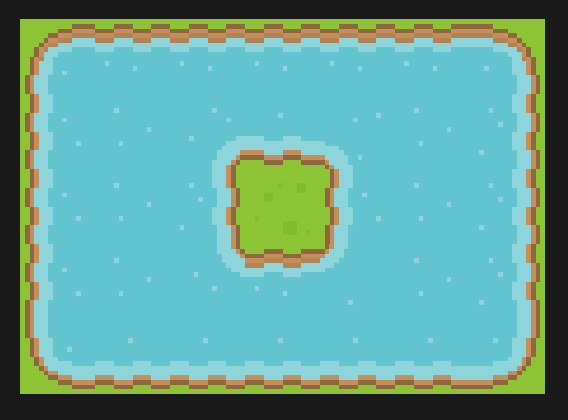 The problem is that at particular combinations of translations and zoom levels the spacing is off. Here's an example picture of the problem. 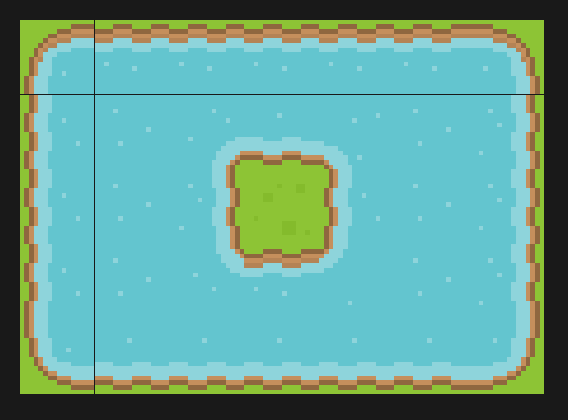 In order to arrange the tiles I'm using a Perspective projection matrix parametrized by the zoom level, a camera matrix which just translates the scene based the camera's 2d position, and finally each tile is translated using another matrix derived from its x and y position.

How can I avoid this weird spacing issue at particular positions? I'm guessing this is some kind of floating point precision issue, but I'm not sure.

(for those interested, the tiles I'm using are from this collection)

I was using the following parameters for the standard openGL perspective projection matrix:

where aspect_ratio is the window width divided by the window height, (in pixels,) and zoom in the error case above was set to 8.0. I read some more on perspective projection and floating point errors but couldn't find anything sensible to change so I resorted to adjusting the parameters. Specifically I tried setting near to 1.0 and now I can't replicate the weird spacing. So I guess my problem is solved?

But this is a mysterious and unsatisfying answer, so I would still appreciate it if someone could explain what went wrong, and how I can avoid it in the future without fiddling with numbers until it "magically" works! 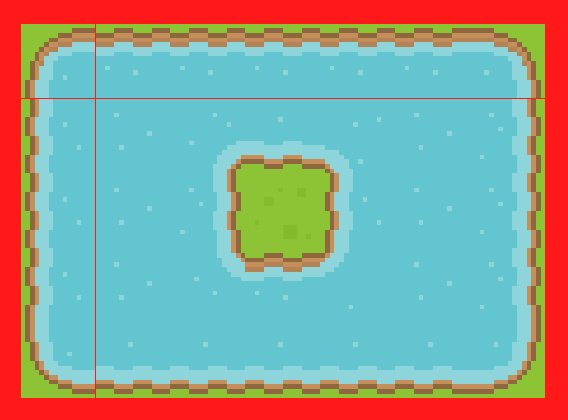 Here's a screenshot from the same version as above (with near still set to 0.5), with the background set to red as suggested. This seems to indicate that it's something wrong with the tile layout, not image bleed.

When using pre-packed tile maps like that. It should be noted that it is best to ensure that the 'zoom' or scaling level is maintained at even integer increments: ie 1x, 2x, 4x, 8x, etc..

When the GPU is asked to divide by numbers that generate floating point numbers (ie: using odd numbers or fractions), the resulting numbers' accuracy can (and will) result in imprecisely positioned textures. Resulting in uneven lines appearing.

A well know workaround is used in texture packing tools suck as TexturePacker: the setting is under Advanced Settings -> Sprites -> Extrude.

It is usually only necessary to extrude by 1 pixel, this ensures that when the texturing part of the GPU tries to place the texture at a certain point, that there is some 'buffer pixels' just in case the position needs to be approximated (which is in the case of not using even scaling factors.

So I suggest the following:

However, you only record the coordinates of the sprite to include the "centre" n by n pixels. That way, if the u-v coordinates are slightly out then instead of mapping the next sprites's pixels or transparent pixels if you have a gap between sprites, you get the pixels for the sprite you want.

Doing this eliminated the pixel gaps between adjacent tiles. Note that, it is not actually necessary to perform this for all your sprites, just the ones that you know might be adjacent in your game. However, applying to all sprites is probably the quickest route. I found extruding by 1 pixel around the sprite perimeters worked fine.

Secondly, I then observed unwanted "merged" edges between adjacent tiles. On further investigation I found this to be due to the fact I was using WebP as the texture format, which is lossy and lossless. Switching back to PNG solved this problem.

Now I observe seamless tiles with no weird artefacts whatsoever.

Not the answer you're looking for? Browse other questions tagged opengl mathematics matrix tilemap floating-point or ask your own question.

7
Portal Projection
6
Circle-Rectangle collision in a tile map game
5
Precision loss when transforming from cartesian to isometric
0
How to remove seams from a tile map in 3D?
14
Efficient way to calculate “vision cones” on 2D tile map?
1
Tiled Rendering - Projection matrix
0
Adjusting view matrix when glViewPort & resizing
1
What should the Z coordinate be after transformed by the projection matrix?