I am trying to generate terrain with discrete height levels using Unity's built in 2D Perlin noise function. The output is a float in [0,1]. I then scale the float linearly to a range [minimum Height, Maximum Height], and round it to the nearest integer.

The problem is that this results in artifacts at rounding boundaries, as can be seen in the following image: 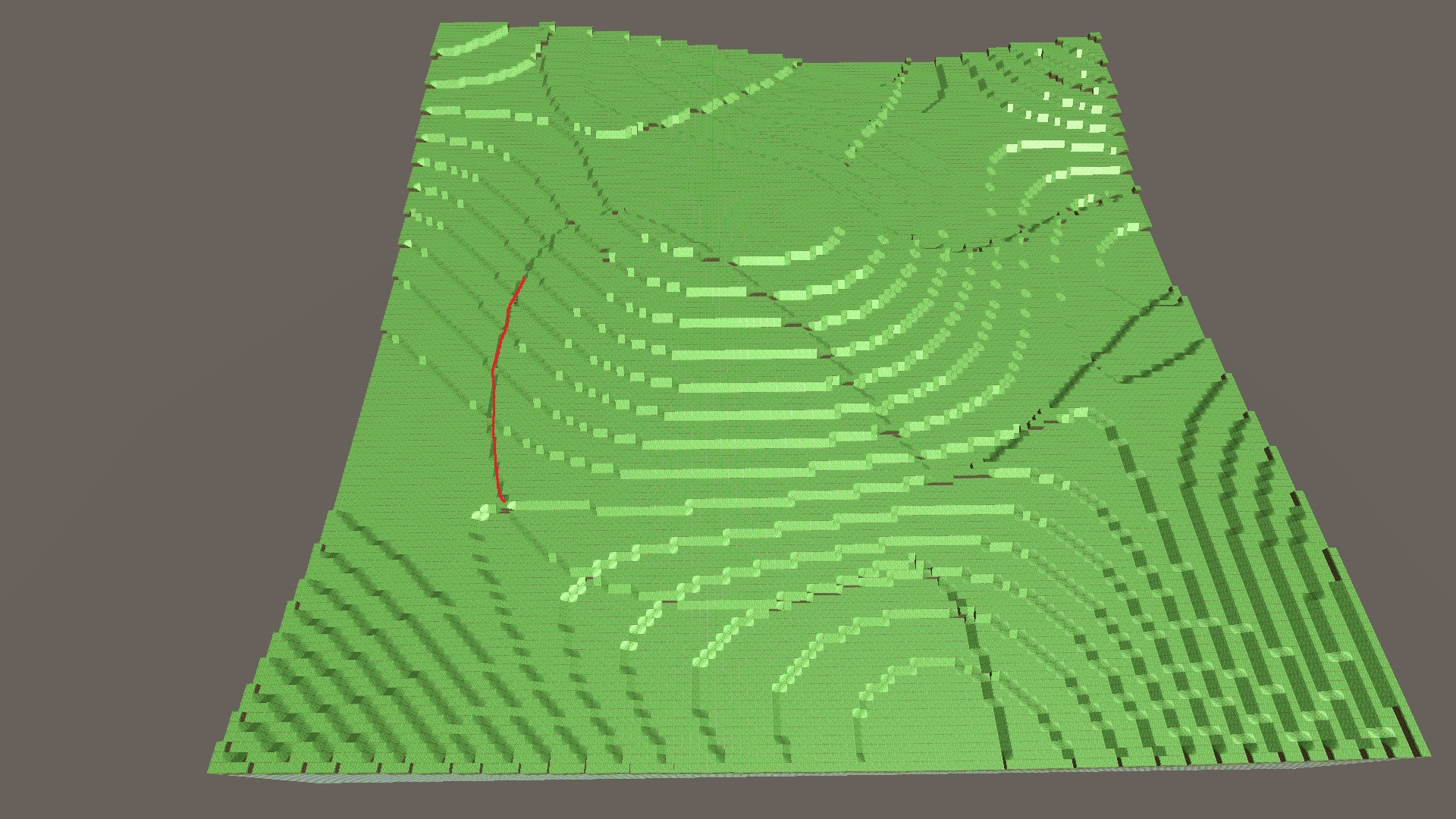 As you can see, the ridge line partially marked in red should not be there. It is created because that's the rounding boundary, meaning that this is the line between x.49 and x.50 (x is integer), so the x.49 is rounded to x, while the x.50 is rounded to x+1.

I'll demonstrate that by zooming to a part of the image and showing the height value of different blocks: 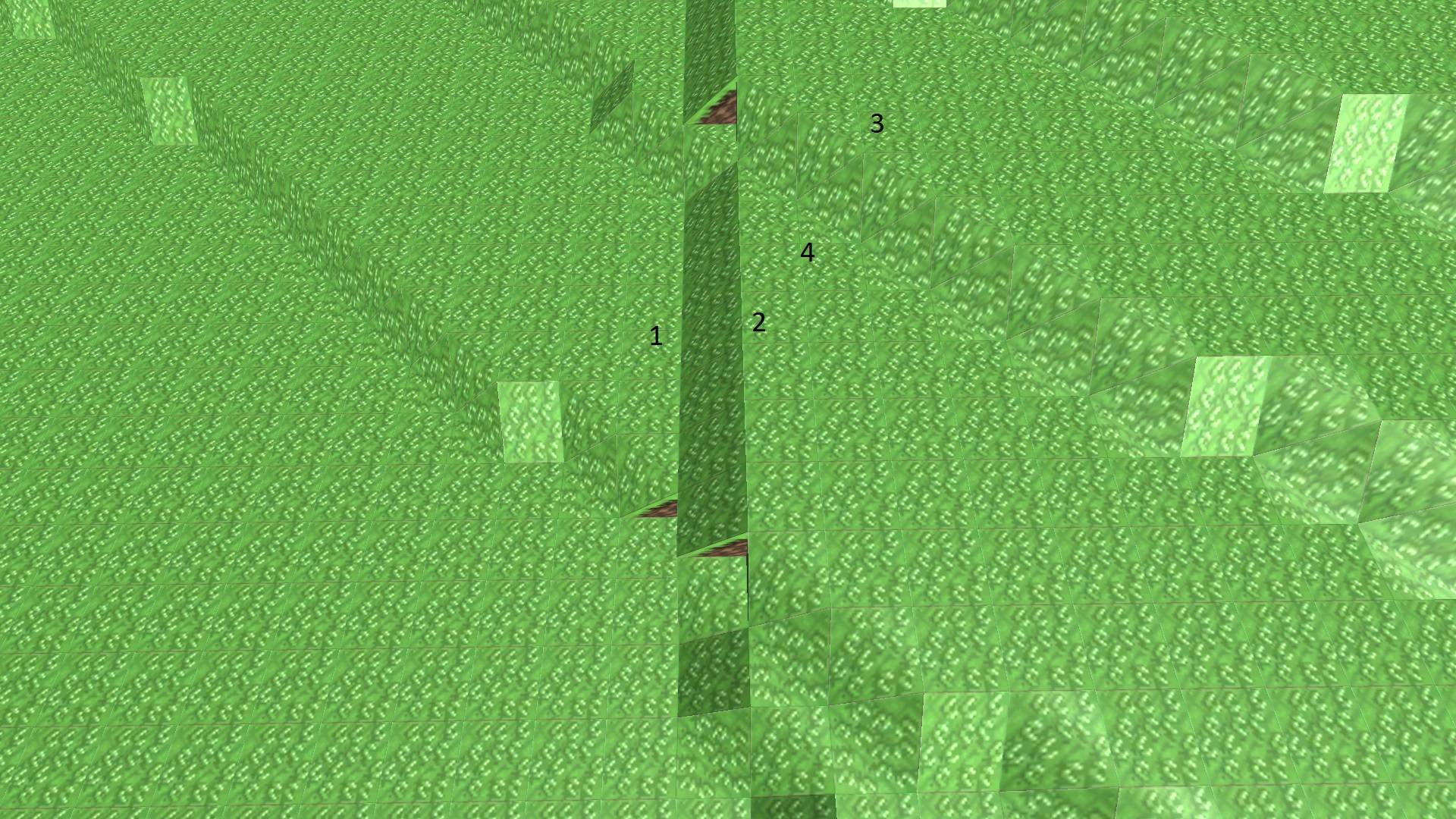 I can of course use Floor or Ceil or other methods to turn the float result from the Perlin Noise function into an integer, but that simply results in artifact lines appearing at other places.

Any help in solving this issue would be greatly appreciated.

Here is how I get the height of each column:

The effect looks like its an issue of adding 2 perlin noise maps over one-another and 1 of them is not properly scaled resulting in an edge instead of a nice hill. 1 of the maps returns between 0 and 1, and not minHeight / maxHeight.

Not the answer you're looking for? Browse other questions tagged unity procedural-generation terrain perlin-noise .

10
How to remove floating terrain when generated with 3D Perlin Noise?
4
How to use the float value from noise function in voxel terrain?
13
Smooth Voxel Terrain
0
How to effectively check for object visibility prior to object creation?
4
2D and 3D Perlin Noise Terrain Generation
4
generating random block-based worlds with 3D noise
0
Help with concrete examples of Perlin Noise variables for terrain generation
3
How to completely stop the camera from clipping into the ground
0
Finding where ground is in procedurally generated terrain