How can I make expanding bullet pattern shapes?

I want to make a series of expanding bullet patterns that form shapes such as squares, triangles, etc. An example of what I'm after can be seen in the following video where when the stars are collected the bullets explode in the shape of an expanding star:

The easiest way to do this would be to first design the shape then calculate the movement of the particles. In this answer I will be constructing a square, but this applies to any shape.

Start by designing your shape as relative positions around some origin point. 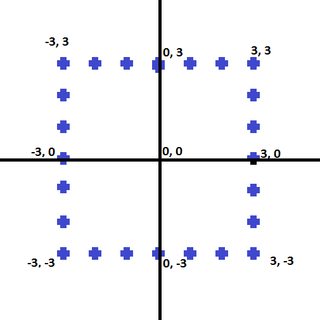 Now you need to calculate how the shape will expand. To do this we simply calculate the vector pointing from the origin to every point by subtracting the origin position from our point's position then normalizing the vector. vector = normalize(point.x - origin.x, point.y - origin.y). 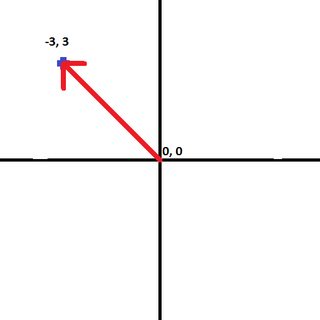 Doing this will move all points outwards at 3 units every frame.

So, there's this project out there called BulletML which is a markup language for creating complex particle / bullet patterns. You'll almost certainly need to port the code to your own language, but it can do some really amazing things.

For example, this boss was done in a (heavily modified) extension of BulletML for Unity3D (the author of that pattern uploaded that video and Misery is insane, as well as good1). It's the most difficult variation of that enemy and it shows off what BulletML is capable of quite well (and check out some of Misery's other bosses, too, Like Wallmaster).

Or I can show of this example, which is a pattern I wrote while working on an expansion for The Last Federation, using an older revision of the system that's less mod-friendly and uses only single character A-Z variables: 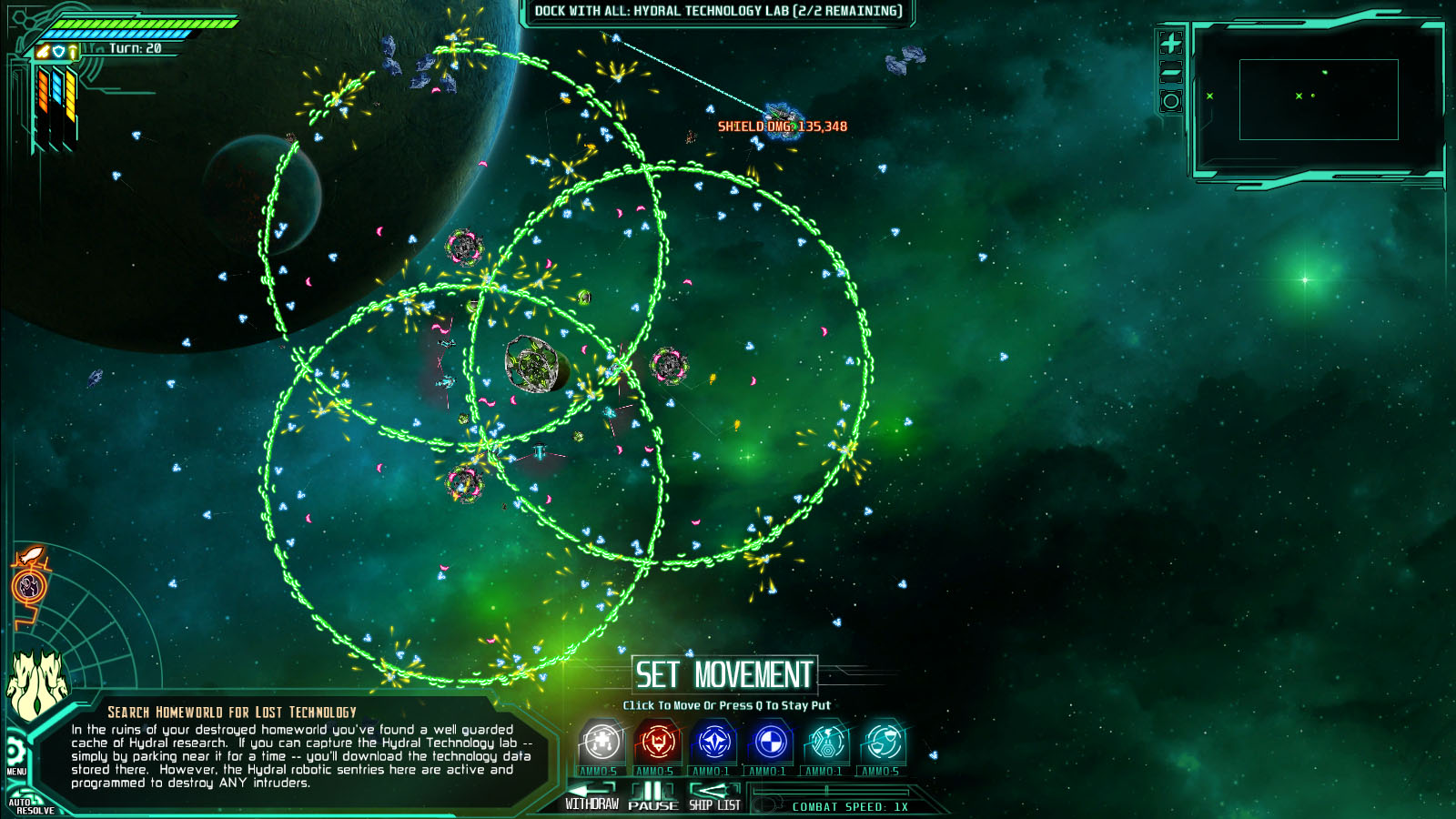 The green bullets making those rings there are spawned from a parent bullet that rotates at high speed, but themselves have no motion. They deal massive damage, keeping the player at a longer range, restricting them to lower damage weapons and allowing mobile defenders to harass the player (the player won if the unmoving structure in the middle there was destroyed).

Here's a portion of the XML syntax that creates those bubbles:

You can see some of the purple "gravity wave" shots in the screenshot, which travel almost instantly from the source (which rotates) to the bubble's edge, whereupon it spawns the green "curved bar" shot, which sits there for 12 seconds before despawning. The blue and yellow shots I've omitted, as they are much more complicated.

One of the other patterns (an artillery shell) in the expansion was actually written by Misery, although I made some modifications to it. Initially it's a low-damage, penetrating shot that flies out to long range and then explodes into a huge fireworks display, dealing tons of damage. It's max range was much higher than the player could achieve, essentially forcing the player to engage at short range, which was advantageous for the other types of NPC units due to the shotgun effect (more bullets clustered in a small zone).

BulletML is easy to work with, generally, and can do amazing things. Bullets can change direction, change speed, spawn other patterns, die early, repeat collection of commands in a loop, use delays, change bullet sprite image, follow their parent (or not)...And anything it doesn't support you could write into it.

I'd definitely recommend it if you're doing a serious shoot em up game. You would still need to work out the coordinate math to get the desired shapes, as Charanor talks about in his answer, but a bullet engine like BulletML will give you so much more flexibility that you'll spend more time designing new patterns than figuring out how code them.

As pointed out by Charanor you can use an array of points to define your shape and then update their position over time. Below is a working example of how to implement a star shape or a custom shape using points:

Not the answer you're looking for? Browse other questions tagged java libgdx or ask your own question.

2
Lightweight Simple Fast-Object Collision Detection Algorithm/Logic
10
How can I make a snake's tail follow the head?
0
How can I make an actor fire a bullet on touch?
1
How to make the bullet stop accurately when destination is reached?
0
Make a bullet shape around model in libgdx
0
How to make a tile that can be stretched out
1
How can I make a GameScreen?
2
libGDX game crashes on Android without any logs / errosrs