Alternatives to raycasts in unity?

I have an ai car script. The car needs to be able to slow down and or stop if it gets too close to another car. Right now I'm using 3 raycasts like so:

However this is really long and inconvenient because it's a pain to figure out which raycast actually had the hit. And then there's other cases where multiple raycasts hit the same car, which point do I use, or if different raycasts hit different cars...Anyway, you can see that this is not ideal.

Also, depending on the size of an object, it could go between the raycasts. In the image below, the blue box is ok because its wider than the width between the raycasts, thus two of the raycasts find it. But on the other side, the green pole is too small, so the car can't see it and drives on. 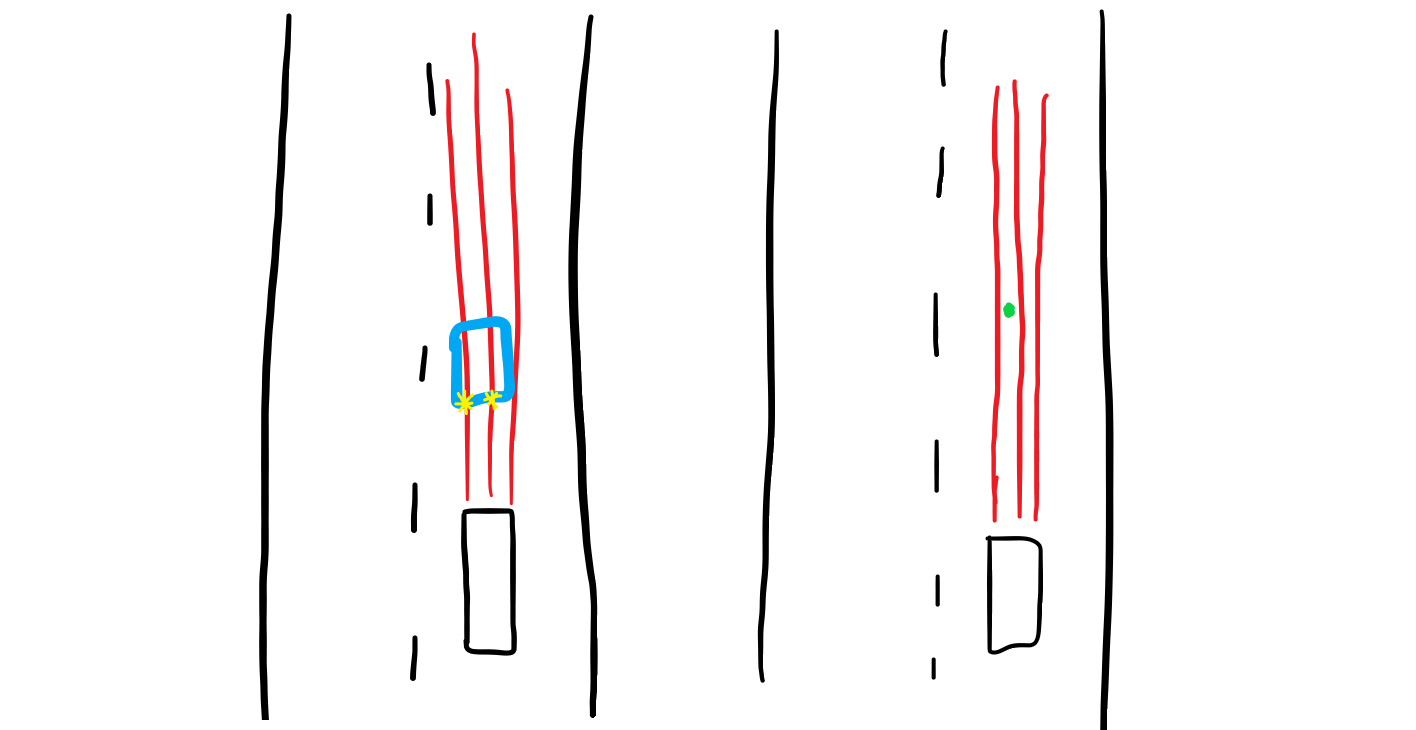 Also, keep performance in mind, I could solve the problem of objects going in between raycasts by adding more, but that will drain performance hugely, mainly because I have up to about 40 cars running at a time.

TL;DR: What are some alternatives for a raycast that can also give me the distance to the closest point?

There are other types of casts. Sounds like you might get some use out of Physics.BoxCast. Like the RayCast, BoxCast will return hit data that you can use to get all the same information as you would from a RayCast.

Also available, SphereCast or CapsuleCast. See the documentation for details.

I asked a question here similar to this. The answer I posted there also solved this problem.

In short, it gets all of the colliders intersecting a box, loops through all of them to find the closest point out of all the colliders and then calculates the distance based on that.

Not the answer you're looking for? Browse other questions tagged unity c# physics performance raycasting or ask your own question.

1
How to find the closest point on multiple colliders within a box?

2
Raycasting Collision Detection
8
How does braking assist of car racing games work?
4
Unity C# - Raycasts, How to Ignore Triggers?
1
Game (Physics) work in Unity Editor/Remote but won't on Android?
2
What is a faster alternative to a GetComponent from a RaycastHit?
1
How can I convert Physics2D.Raycast to Physics2D.BoxCast to yield the same results?
0
Wheel rotation for a raycast car in Unity?
0
Simulating Road Traffic/Overtaking - Overtake works mostly, but starts clipping other vehicle