Casting ray from 2D to 3D

As an exercise in trying to learn 3D math, I've been experimenting with hit-testing by casting a ray from 2D screen space into 3D world space. My first attempt was as follows:

This gets the ray origin correct, but not the ray vector. My reasoning was that the vector [0, 0, -1] is facing into the screen when in screen space, so transforming that into world space would give the correct vector. But that doesn't seem to be the case. Looking around, I've found that the correct way to calculate this is by doing:

Can anyone explain what's wrong with my original reasoning, and what the actual algorithm for calculating the ray vector is doing?

Please note that the following answer does not take into account several things, and is more of an attempt to visualize differences in picking between parallel and perspective projection, and probably not a great one at that. Please read all the comments for more details.

I believe that your original reasoning would be correct if you were using parallel projection. But since (I believe) you're using perspective projection, it doesn't work.

Imagine you have two planes that are perpendicular to the camera (both facing the camera). The green plane is closest and the red plane behind that. From the camera view it looks like this: 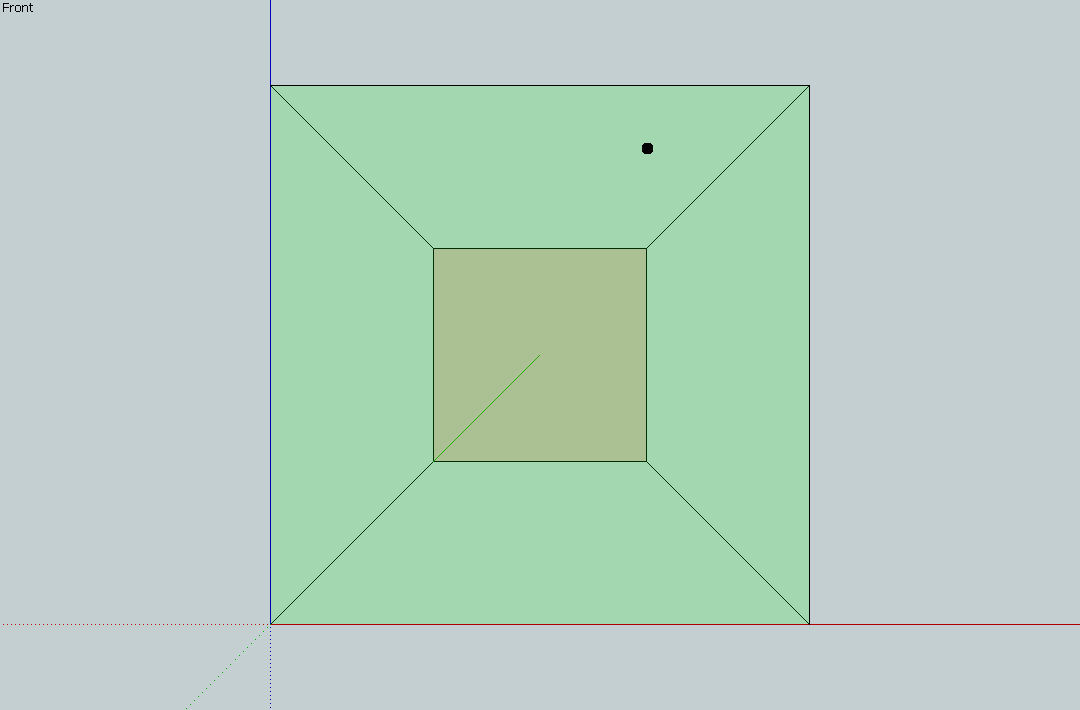 Now when I cast a ray out to the black dot, to do so correctly in perspective projection, I have to cast from where my camera is (which is the sharp point on the left) out to the dot. That's what the extra math does when creating the vector for the ray. 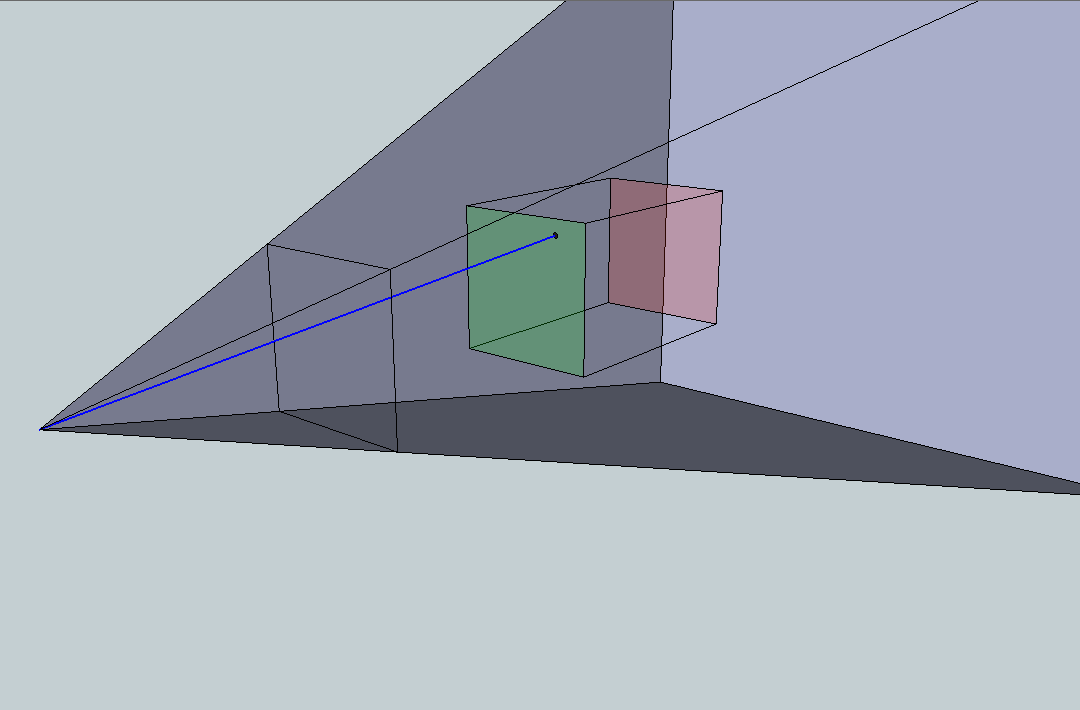 If I were to do the same in parallel projection, I can pretend that my camera is not a pin-point, but a huge plane. Here is where I can use the vector[0,0,-1]: 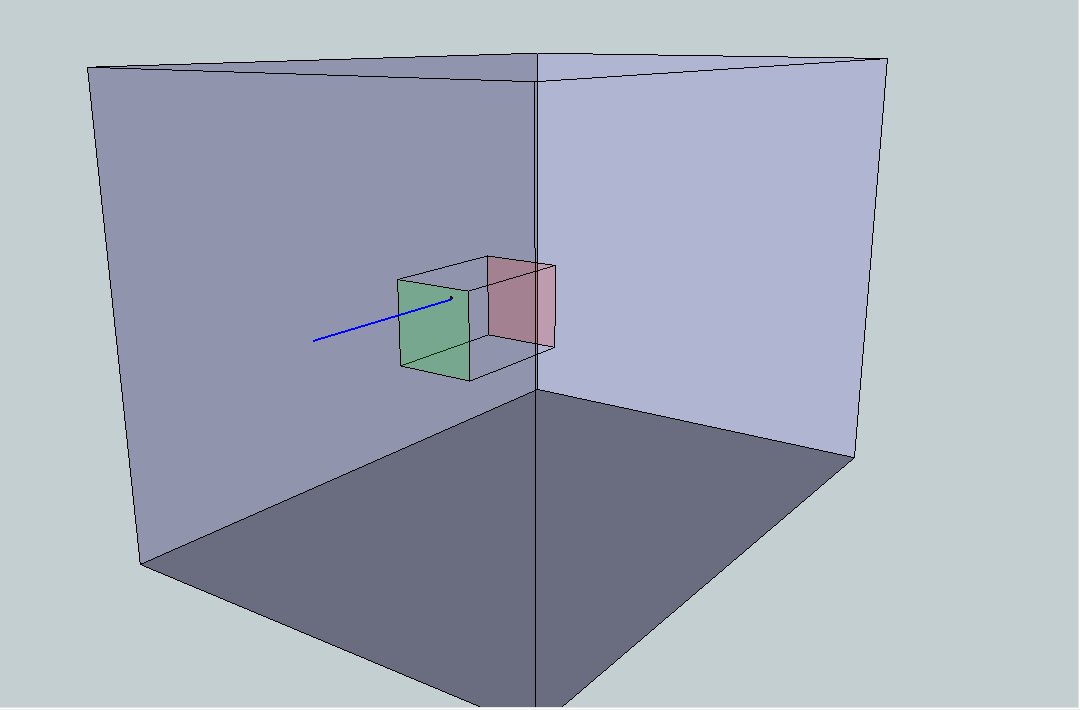 Here's the same view as the top image, but in parallel projection. 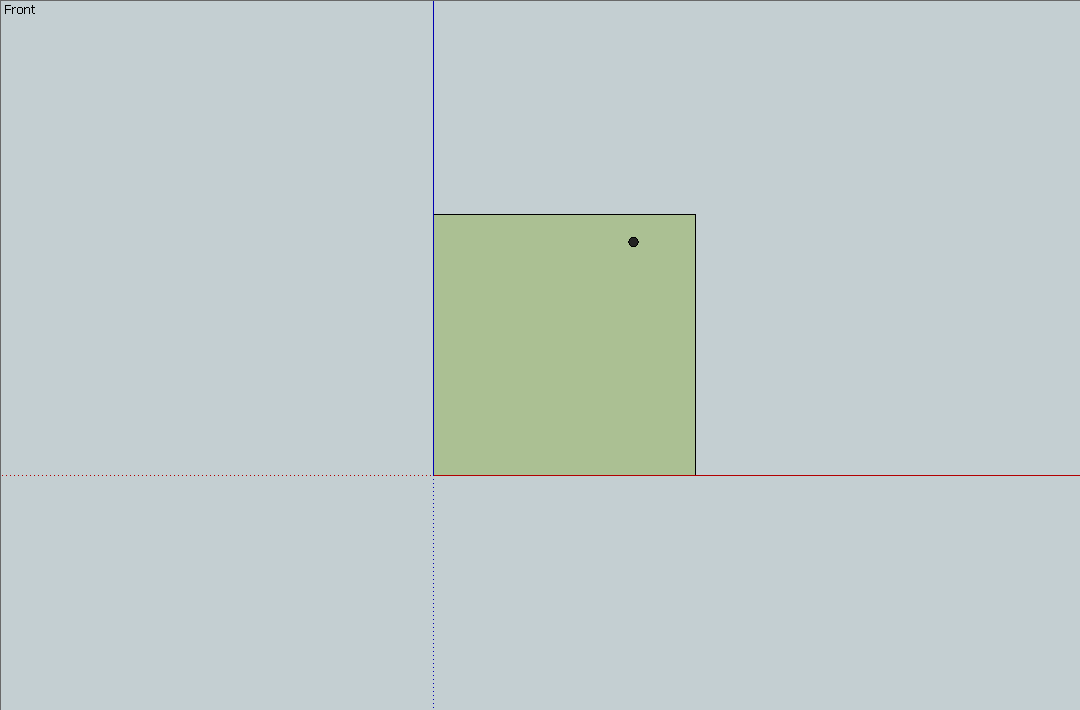 Anyway I'm pretty sure that's your issue. It's not a mathematical answer, but I hope it helps you understand the difference in what you were thinking and how it's supposed to work. There is of course the Math SE that you could get more details on the math.

To transform the vector v by matrix M as you would expect, transform M(v), and the point of reference/origin M((0,0,0,1)) (i.e., the - vector). Then compute M(v) - M((0,0,0,1)) to get the correctly transformed vector. Obviously, transforming by M((0,0,0,1)) zeroes out most of the components of a matrix, so you land up with just the translation components remaining and the matrix homogenous component, which with some minor math transforms into the code you have as a fix.

Perhaps this would be of use? It's (probably the best) article on mouse picking.

Long ago I developed an multiprocessor raytracing renderer for an old supecomputer in my college. 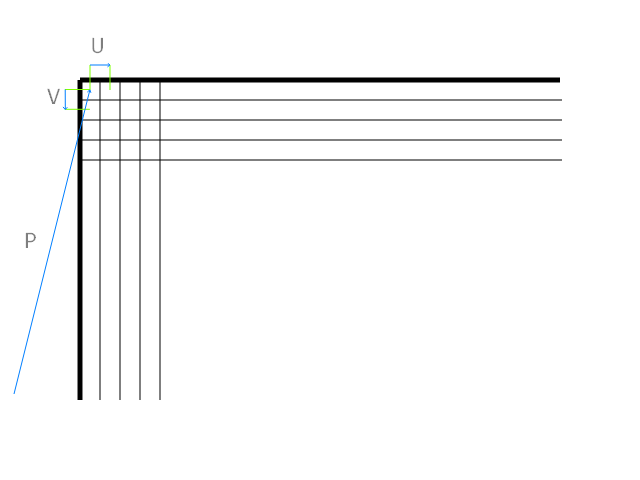 Not the answer you're looking for? Browse other questions tagged 3d mathematics or ask your own question.

9
How do you determine which object/surface the user's pointing at with lwjgl?

5
For normal mapping, why can we not simply add the tangent normal to the surface normal?
1
OpenGL ES 2.0 gluUnProject
2
Coordinate spaces and transformation matrices
1
Creating a frustum for culling in world-space glm matrices
0
Android OpenGLES 2 ray picking, resulting coordinate jumpy in certain spots?
0
How can I remove the view and projection matrix from ray position to get only the ray model?
4
The correct way to transform a ray with a matrix?
1
How to calculate a vector for multi-axis rotations from sphere coordinates?