I was thinking about effects in games the other day and I was reminded of the Gasmask effect from Metro 2033. Once you put the gasmask on it blurred a bit in the corners and could ice up and even get cracked.

I assume that something like that is done using a shader. I have been experimenting a bit with game development, so far mostly playing with existing rendering engines and adding physics support etc.

I would like to learn more about this sort of effect. Can someone give me a simple example of a shader that would alter the entire scene like this. Or if not a shader then an idea on how it would be done. Thanks.

Edit : Include screenshot of the metro 2033 gasmask effect. 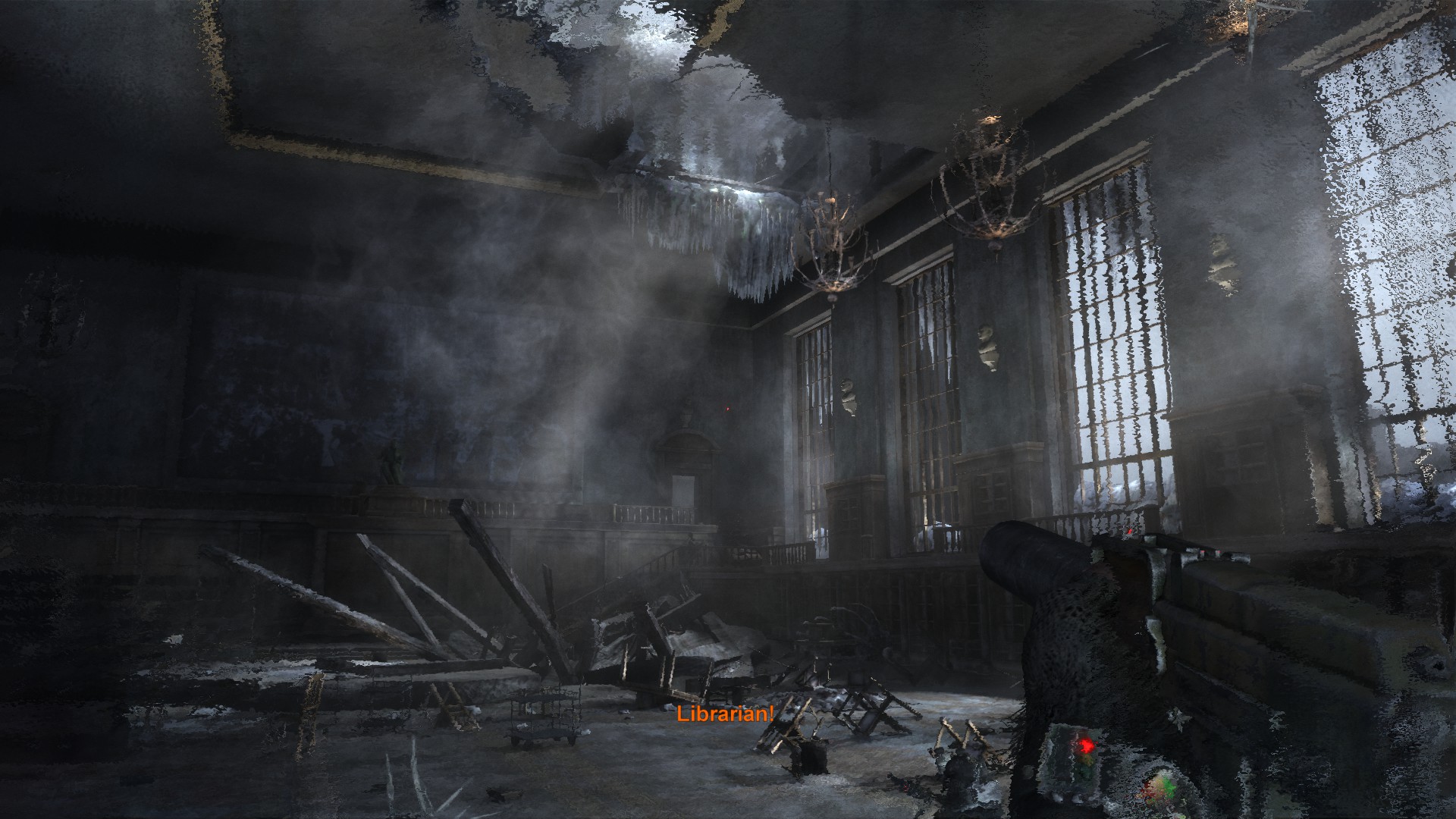 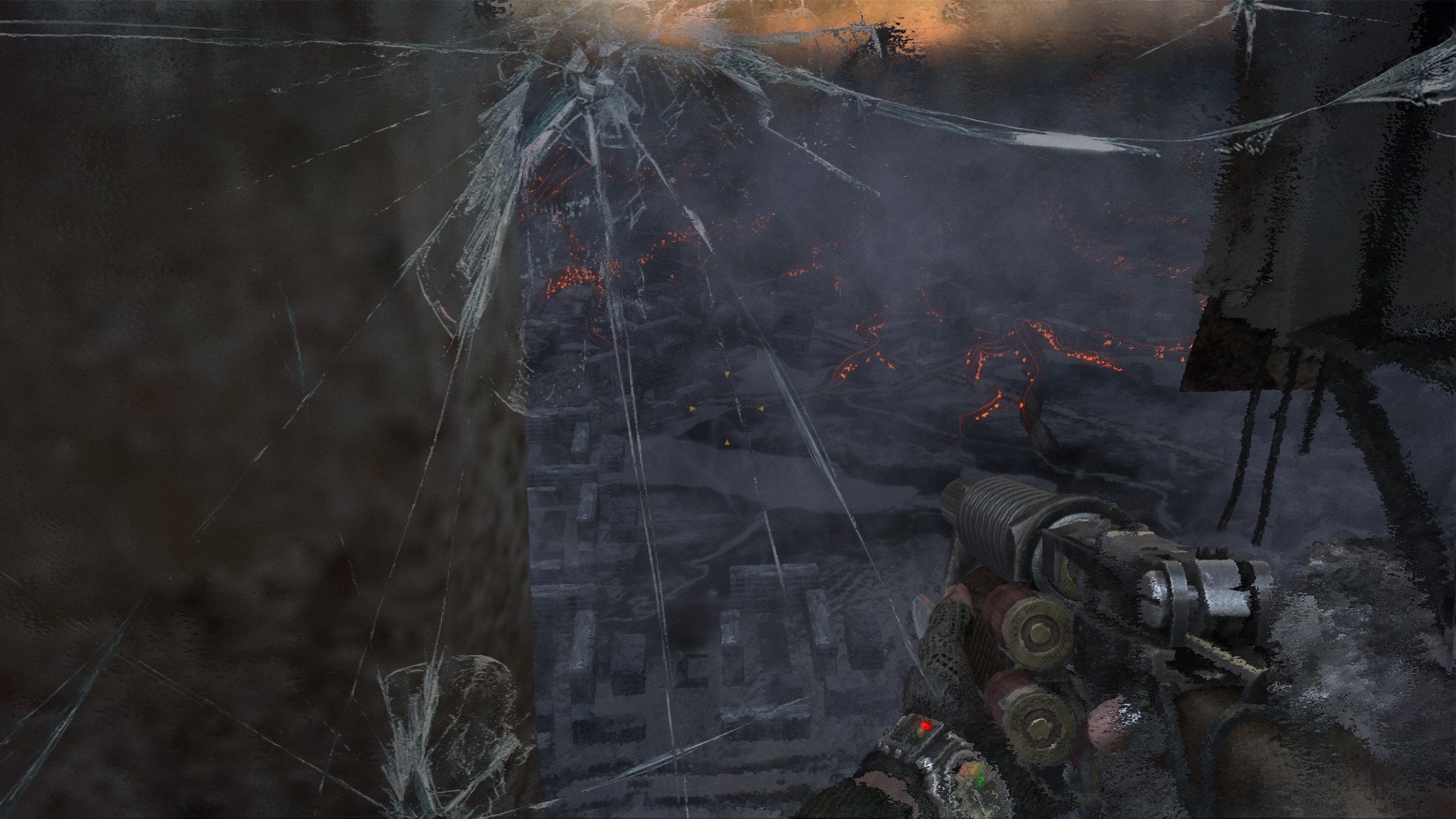 It's a combination of full-screen effects. There are a few ways to render full-screen shader effects, the most common is to first render the scene (without effects) to texture. Then that texture and the effect shader is set and a fullscreen quad is rendered.

The blurring in the corners could be done with a refraction effect. A refraction texture controls how much the light should be bent for each texel in the screen buffer. Here is an example of a Unity refraction shader.

This tutorial (rastek) shows how to create glass and ice effects with DirectX 10/ HLSL.

Not the answer you're looking for? Browse other questions tagged shaders graphic-effects post-processing .

6
Giving the illusion of speed
45
How to render realistic ice?
2
Animated light effects in games
4
glsl shader to allow color change of skydome ogre3d
14
Animated textures for models; How to write a shader?
3
2.5D platformer how to darken building edges?
0
Glow effect shader for mesh generated at runtime