I have a child object which is always having different positions and rotations (thats my VR Headsets Eye-Gameobject) I cannot modify the position and rotation of that.

I want to set my view to a certain "startposition" and "startrotation" so the player always has the same view at the start of the game.

The childs local position is always set to some values. So I cannot unparent it. If I unparent it, I change his position.

It works with the position.

^ This line of code here sets my parent object so that my Gameobject: "eye-camera" is where i want it to be.

For the rotation part, i would do following:

But after I unparent my Eye the position of the local(which is also global) is set to a different value. And after I parent it back, its set to the old value again.

And now i dont know anymore how to solve this problem.

so... i painted my problem in paint for better understanding: 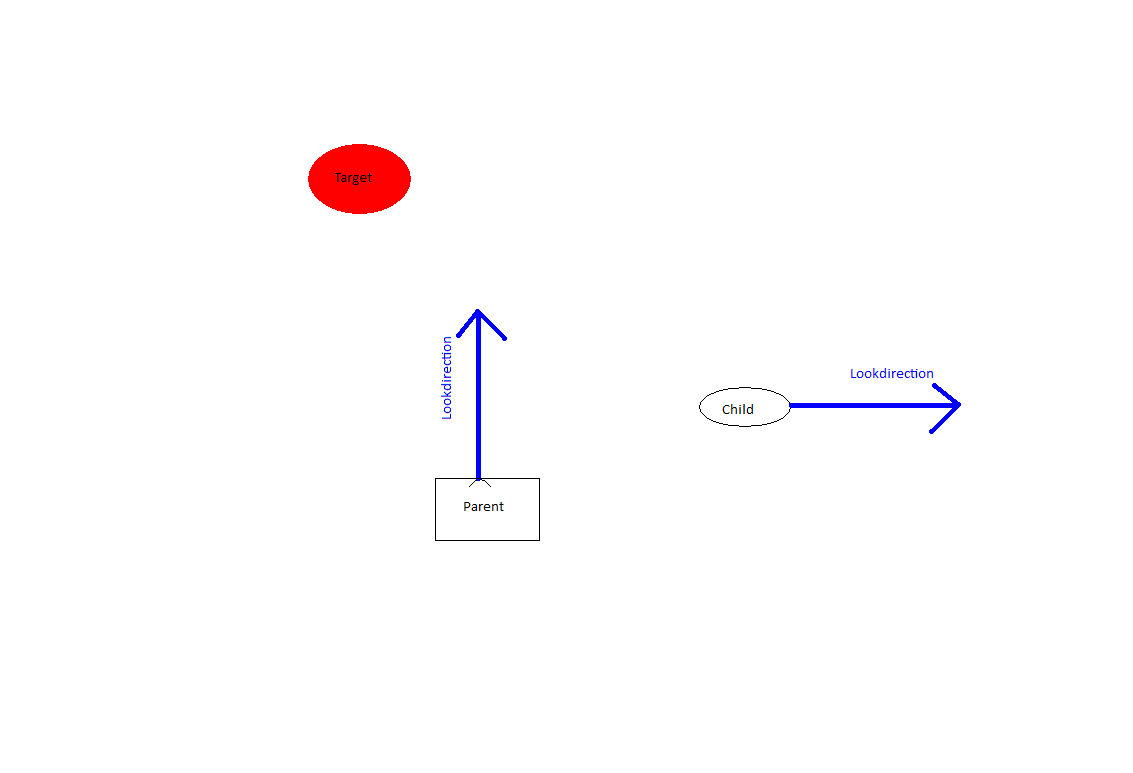 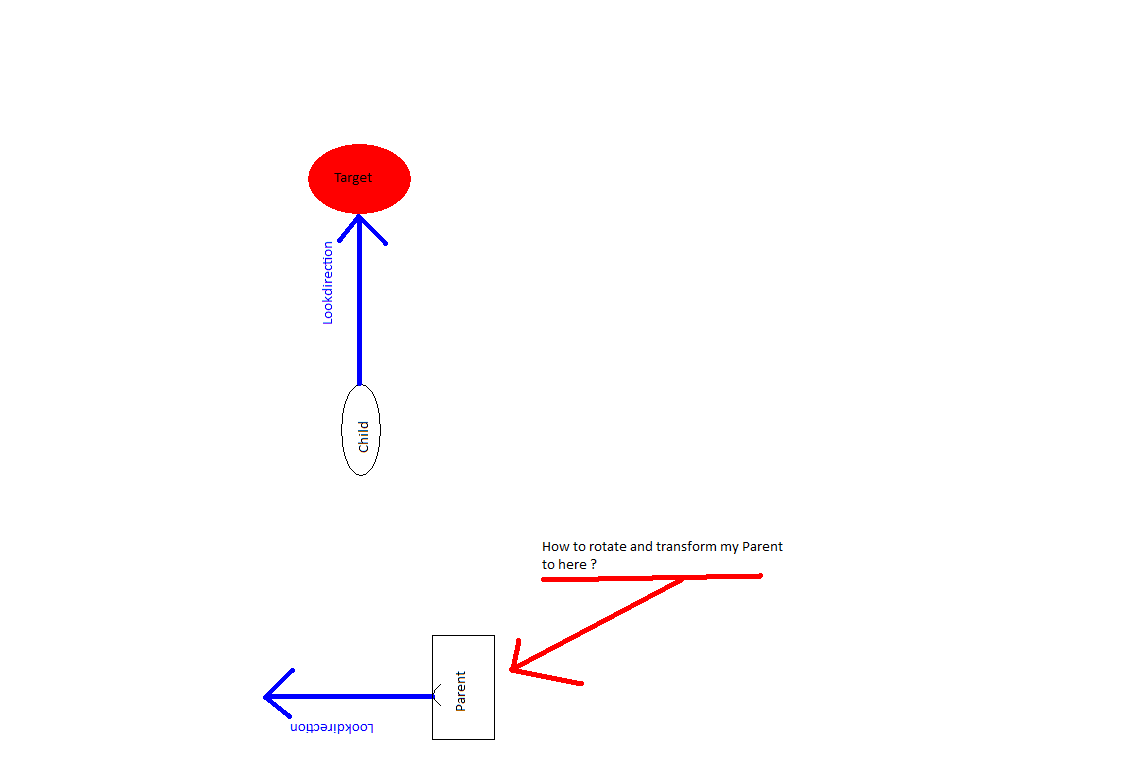 Just be careful when creating mismatches between the true position/movement of the player's head and the perspective in-game. Be up-front with the player about what pose they should have when starting the game.

You may want to consider stripping out some of the components you calibrate for at startup:

I can show you how to apply these changes if they're useful for your case.

Not the answer you're looking for? Browse other questions tagged unity rotation transformation or ask your own question.

0
How can I add banking and rotation to this object manipulation script?
2
ASSIMP transformation hierarchy and animations
2
Strange behavior with transformation matrix
1
SceneGraph in Entity Component System, Transformations
4
Unity / Rotate a point around an arbitrary axis and anchor
0
Calculate vector3 global point projecting it in local space using Unity and C#?
0
Position Text Mesh above parent transform in world space
2
Scaling a rotated child with parent-child transforms
0
Position/orient parent to place child at a particular position/orientation