My game is supposed to have an object that changes it sprite depending on which way the mouse faces. programming this has become a challenge, because I want to calculate the angle relative to the center of the screen using the X axis.

To explain what I mean, pretend that under a sprite in the center of a screen is a protractor. 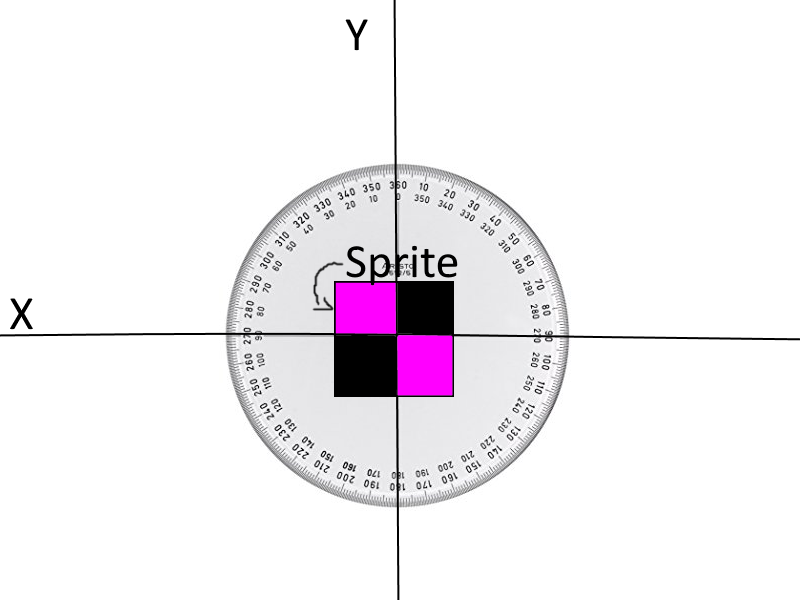 I want to measure the angle that's formed between the cursor and the center. If I use the X axis as a base, I should get an angle between 180° and -180°.

How would I achieve this? I've tried vector.angle(reference-vector), but that doesn't seem to give the desired result.

You can get the angle in radians using the Math.atan2 method shown below:

You can then convert this using MathUtils

I assume you're basically trying to make the sprite face a different diagonal based on which quadrant of the screen your mouse is in. Since you likely don't require the specific angle but rather simply which quadrant the mouse is in simply get the vector between the player and the mouse.

Using the information on which quadrant the mouse is in you can just use that to update the state of your sprite.

Not the answer you're looking for? Browse other questions tagged libgdx algorithm sprites geometry or ask your own question.