For my swimming AI, I wish to use a Nav Mesh, so they may avoid obstacles and swim up and down - preferably.

I figured I should try to solve this with a nav mesh, since UE4 has kindly implemented it for us.

To avoid having the Enemy Fish stick to the "ground" of the map, I would have to increase the Query Extent, which is testable with a Navigation Testing Actor (see images below).

So what I did:

Increasing the Default Query Extent, under Agents, increases it along the positive and negative Z-Axis, which is unfortunate, since I would like the AI to prioritize the bottom Nav Mesh surface.

I have attached two screenshots showcasing the "bad" behaviour, which I would like to circumvent.

The blue Bounding Box, showcases the Extent, which is scaled in both directions, vertically. Preferably, I would like to move it down, relative to the Nav Agent. 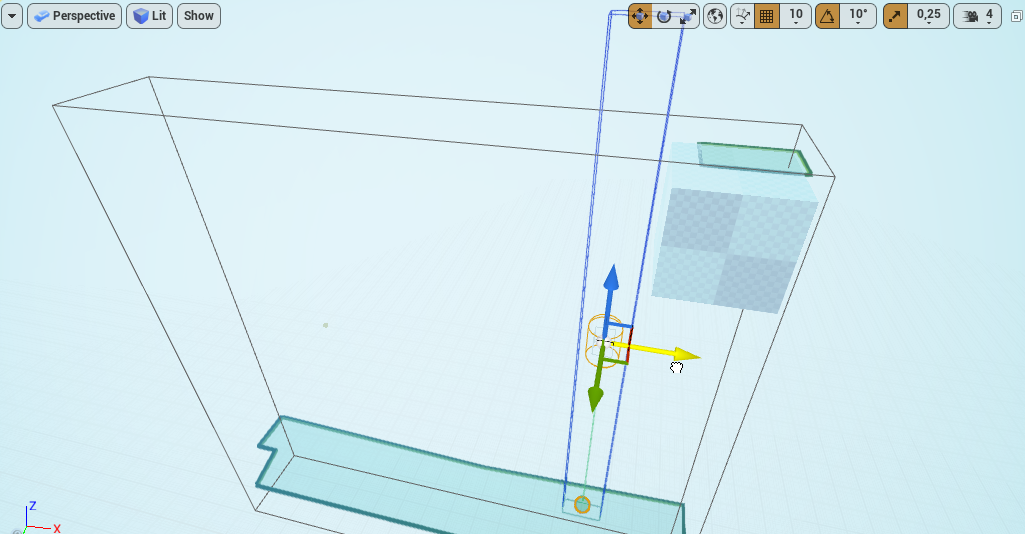 To hit the point home, here is what happens when the enemy swims underneath some platform (For simplicity, being the cube): 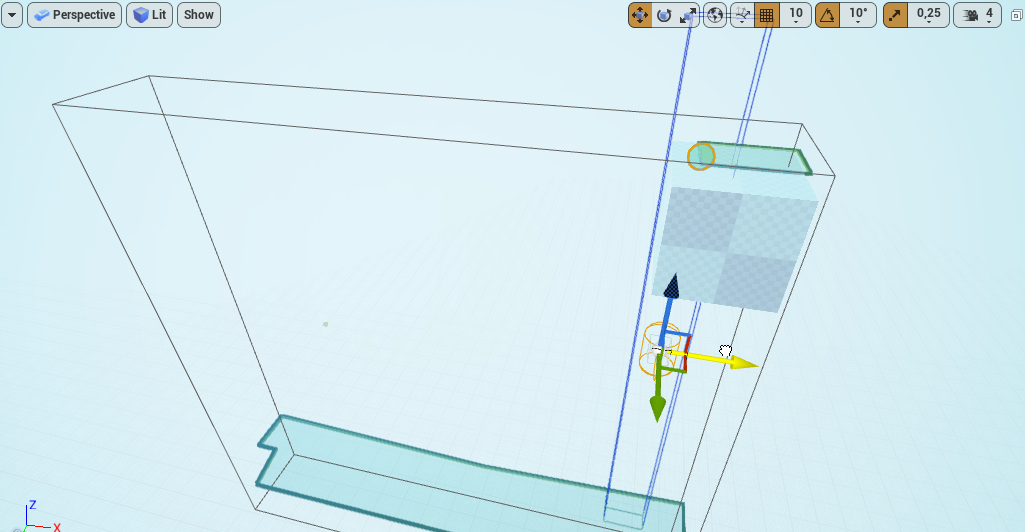 So my question to you good people is: how would I lower the Nav Mesh detection, without increasing the actor size, or something rather silly. Is there a clean way of having the "Enemy Fish" ignore the top platform as much as possible, without using a Nav Modifier Volume ?

Unreal allows for several Nav meshes to exist in the same space. Look into the Project Settings, to try defining a different "swimming" AI nav for each fish.

Let's say you have a mackerel and a whale - both aquatic animals, both in the same space. However the mackerel can get into smaller spaces than the whale. If you use a single navmesh for both, either the mackerel will stick to open waters or the whale will clip into places it should never reach. The solution is to define a separate nav mesh for each animal.

This is where I would begin. Additionally, ask the question "Does the nav need to be walkable or can it be a 3D space for flying?" Walkable space is effectively a planar structure (visually), whereas a flying space is a volume.

Not the answer you're looking for? Browse other questions tagged unreal-4 unreal navmesh or ask your own question.

5
How does an AI determine the bearing to follow within a nav mesh?
20
How can I generate a navigation mesh for a tile grid?
2
How do you set the target location for a navmesh using a GameObject?
1
How to make a cylindrical collider for a cylindrical mesh in UE4
1
How can I remap Unreal's Editor default movement (WASD) keys for a non-QWERTY keyboard