Why does rendering to a texture cause transparency here?

As a quick background, this is in the context of a custom game engine I'm writing in C# on top of the SharpDX framework. In the engine, when I render UI, I do so by creating a canvas object with its owner render target texture. I render to that texture, wrap this texture on the canvas quad, then render the canvas to the world. As a note, I am using forward rendering, not deferred.

But, the problem is, the canvas renders the texture, but the actual rendering of my UI test panel, to the texture, generates a transparent patch rather than the desired panel. Here's a screen-shot of what I'm describing: 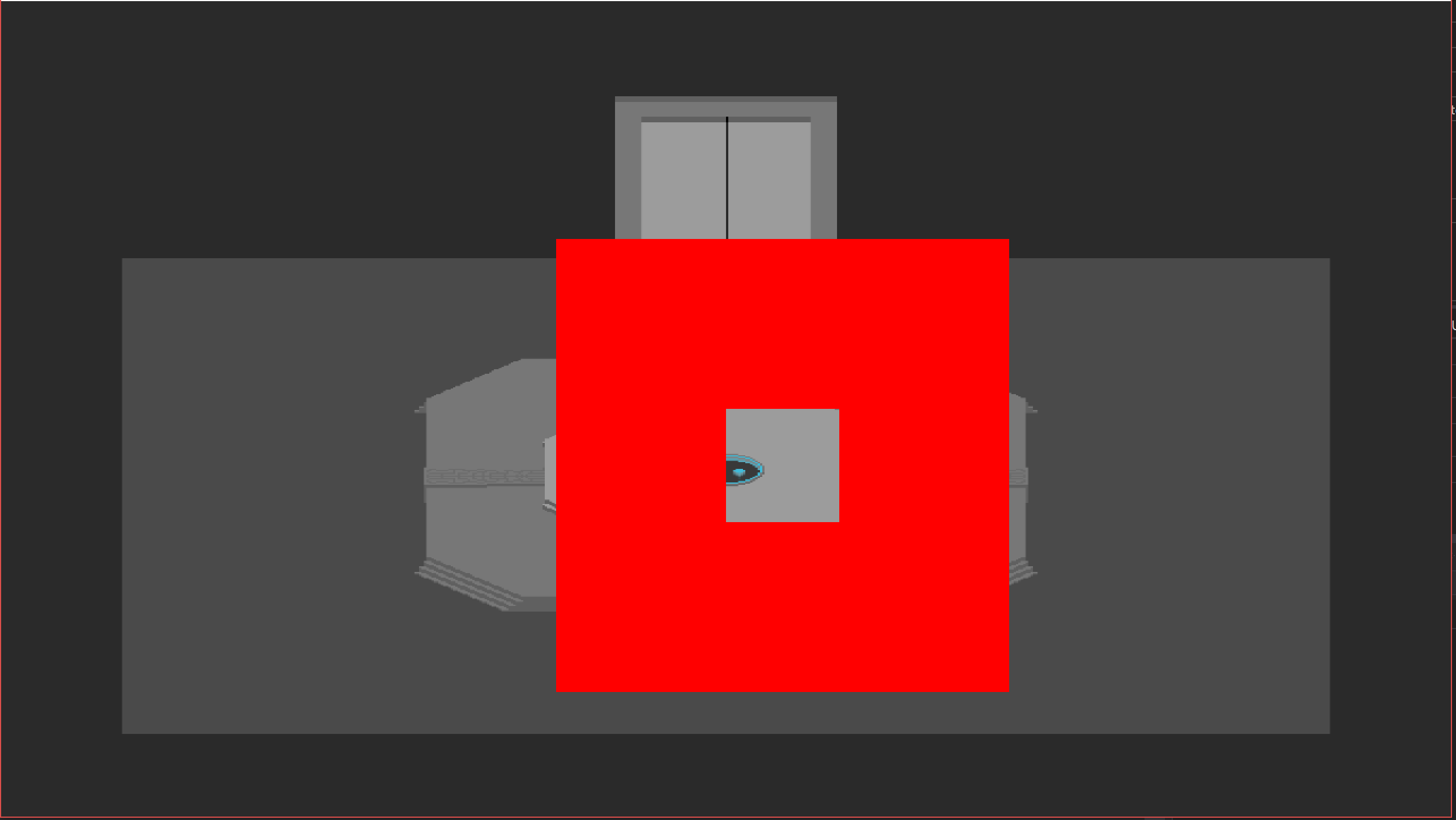 The back buffer was cleared to solid red for now just for testing, and I've attempted to render a panel to the center of it with a test image. As you can see, the red back buffer was rendered to the canvas nicely, but the test image I rendered to the panel is rendering transparently. I use the same shaders/hlsl files to render both the canvas and the panel on the canvas, so I'm skeptical that this is the source of the problem.

Here's a code snippet, for where I render my canvas array, that might help:

The call to textureUnlitShader.UpdateShader(...) are most likely not the issue I've found. I tried commenting the line textureUnlitShader.SetTextureResource(..., canvases[i].shaderTexture) that was set in the above code, and, as expected, instead of the render-to-texture buffer being rendered to the canvas, my test image was rendered to the canvas. But interestingly enough, the hole remained. Which leads me to believe that the panel is not actually being rendered to the canvas's texture properly. Rather, it seems to be being rendered somehow separately. Which leads me to believe that the most likely culprit is the way I'm implementing the render to texture technique that is somehow off. Here's a screenshot of when that happens: 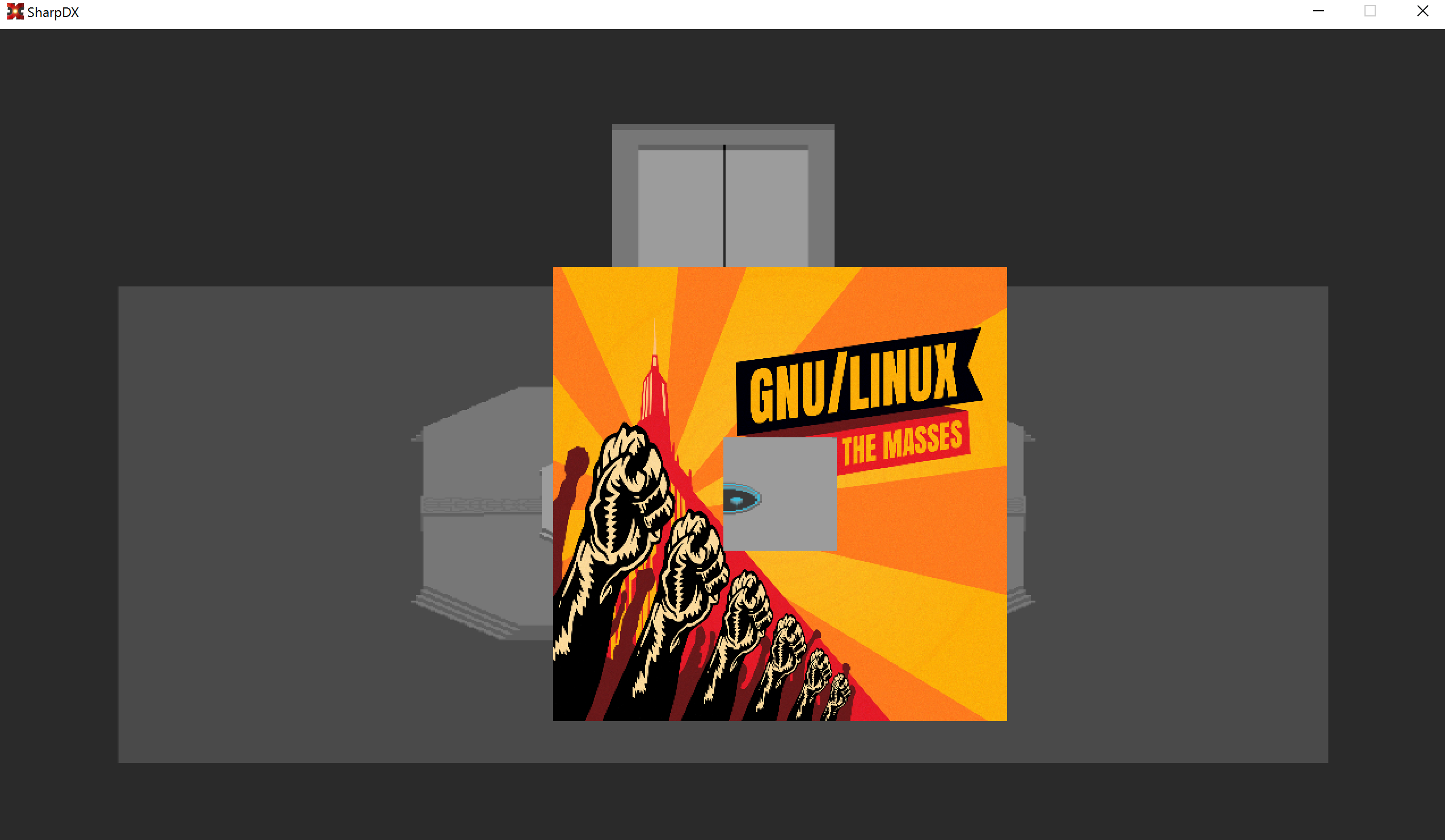 My call to render panel recursive looks a bit like the render call for the canvas, but it is as follows:

I don't believe much could have gone wrong with panel itself. The matrix constant buffer seems to be being written to properly, as the panel renders in the right spot on the canvas. And the vertex-position/uv-coord constant buffer is identical to the structure of the canvas's vertex-position/uv-coord constant buffer. To make sure of this, I've read over the section a couple of times now and ran through it with some break points set to make sure that these buffers we're being written correctly. Nothing turned up out of the ordinary.

Which brings me back to my statement earlier, that there is probably something to the way in which I set up my render-to-texture that is going wrong.

Thanks in advance for any help you can provide.

A couple of things i try to do first to debug it. For your ui just set the pixel shader to write out white with alpha set to 1.0f. If that is rendering and is no longer transparent then you can localize it. But if not i would also look at your blend state. I assume your ui isnt using a zbuffer? If it is then is it cleared every frame? You are rendering something so it's not around geometry.

I use a similar method to what you have done in the ui. I find just methododicly going through those items you usually find the issue. If not post again and i will try and think of other possibilities

In the event that somebody with a similar problem stumbles onto this thread, I'll share what eventually fixed my issue. I took ErnieDingo's advice and took a closer look at the z-buffer. Looking for things wrong with my z-buffer, I ran into this thread, which reminded me of a crucial detail I had forgotten.

In the code above, I'm using the same z-buffer for each canvas, which can be seen in the call to ClearDepthStencilView(DXEnv.depthBuffer, ...). Except, z-buffers can't be shared between render targets of different sizes, because the buffers are created with a specific size in mind. This was the monkey wrench in the machine, so I gave each canvas its own z-buffer and attached a unique depth stencil view to each z-buffer.

The new code for that for loop looks like this (I also went ahead and batched up my render-to-texture calls and my canvas renders, to avoid excessive switching between targets):

Thanks for the help.

Not the answer you're looking for? Browse other questions tagged c# rendering sharpdx rendertexture .

5
Multiple render targets and gamma correctness in Direct3D9
1
Should the world transformation matrix be stored in a constant buffer when rendering?
0
XNA 4.0 - Strange Behavior when using RenderTarget2D
4
Unity - Trying to copy the render texture for the scene rendered by a camera but it is blank?
0
Why is my render engine only rendering one frame?
1
Weird streching of a texture in OpenGL
1
How can I draw lines and curves on a canvas that's not rendered?
0
How to capture image from camera with post effects? Mysteriously only get emission(?) pass