I'm running into an issue about some lightmap glitches made of black seams lines occuring only in the standalone build of our game, and it does only affect certain scenes. below is attached a screenshot of both editor and .exe build of the same scene.

I'm also attaching below the current Lighting settings for that current scene, but before, our second UV Channel is not generated inside Unity3D but authored in 3DSMAX : 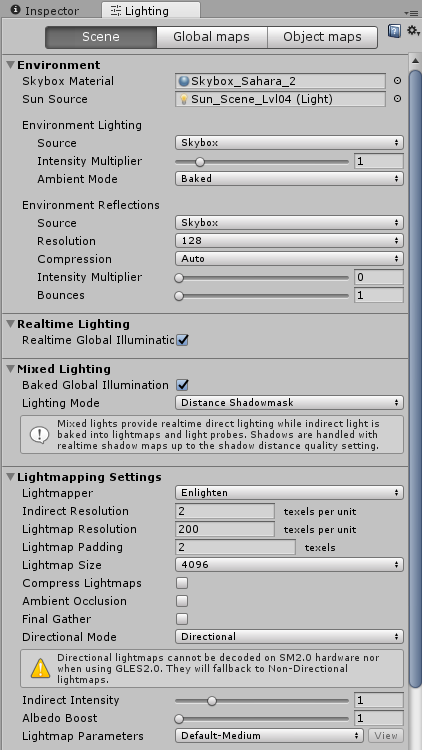 Now, even if the generated lightmaps are 4096, their texture inspector shows a max size of 2048 and no compression (tried a build with a max size of 4k with no change), i also discovered that Mip Maps are enabled by default (might be the problem ?).

Above all, my build settings are Windows standalone x86, although the game is VR Only wouldn't be better to make it x86_64 only and would it solve this issue ?

Solved, The issue here was in Build Settings > Vertex Compression that was turned to "everything", unchecking the UV1 channel (the second channel used for lightmap UVs) solved this issue.

Not the answer you're looking for? Browse other questions tagged unity lighting virtual-reality oculus .