How to maintain char widths of non-monospace fonts?

Having a font via spritesheet (as PNG), the easiest way to render fonts from that is just showing chars as monospace, but as you can imagine, that looks not pretty with chars like l, i, : and so on..

Is there a slick way to maintain the width of every char?

I'm open to suggestions and/or known algorithms for this problem.

EDIT: TTF or some other real font is not an option, because they render wayy to pixelated on the small sizes needed.

EDIT: Thanks to lorenzo-gatti, made simple marker-pixels in the spritesheet like so: 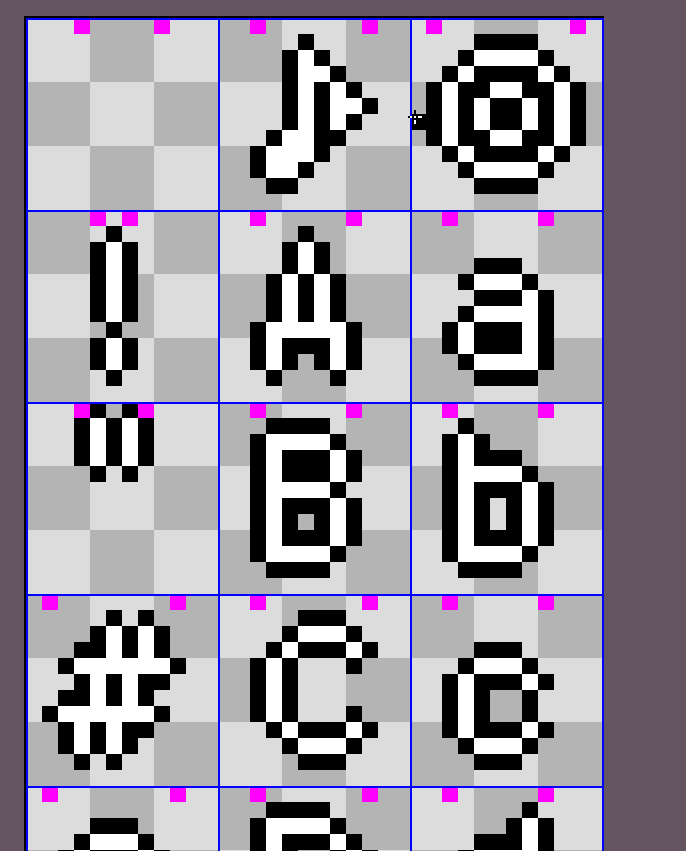 Distance between these gets counted on startup of the game and the markers are replaced with transparent pixels. So no heavy additional logic in render which would slow down and startup-time is not really slower than before, thanks!

You need to input intended character widths, but not necessarily in a separate text file: the image itself can contain graphical markers at the boundaries of character sprites.

For example, you can put all characters next to each other, left to right, and add an extra row to the image that contains a colored pixel in the leftmost column of each character sprite.

You might also extend this technique, if needed, with an extra column containing colored pixels marking the baseline, x-height, ascender and descender extent and other vertical metrics of the font.

5
How can I render fonts in a game with correct hinting?
7
Vector-based fonts vs. bitmap fonts in (2d) games?
1
Efficient way to render tile-based map in Java
2
AngelCode's Bmfont about widths
3
Issues upscaling pixel art with SampleState.PointClamp
0
How do I draw non-smoothed fonts in MonoGame 3.5?
0
MonoGame rendering text with black boxes?
0
Xna Spritefont from installed fonts
2
How do you deal with transparent fonts that you want to be white?