Move an object to a point relative to the second camera

The UI camera is just a simple, perspective camera. The 3d objects camera is rotated by (30,45,0) so it displays things with an isometric view. (It's parent it rotated).

On the UI camera's canvas I have two 2D objects (images or something) with a RectTransform. These are invisible here, but they're marked as X. 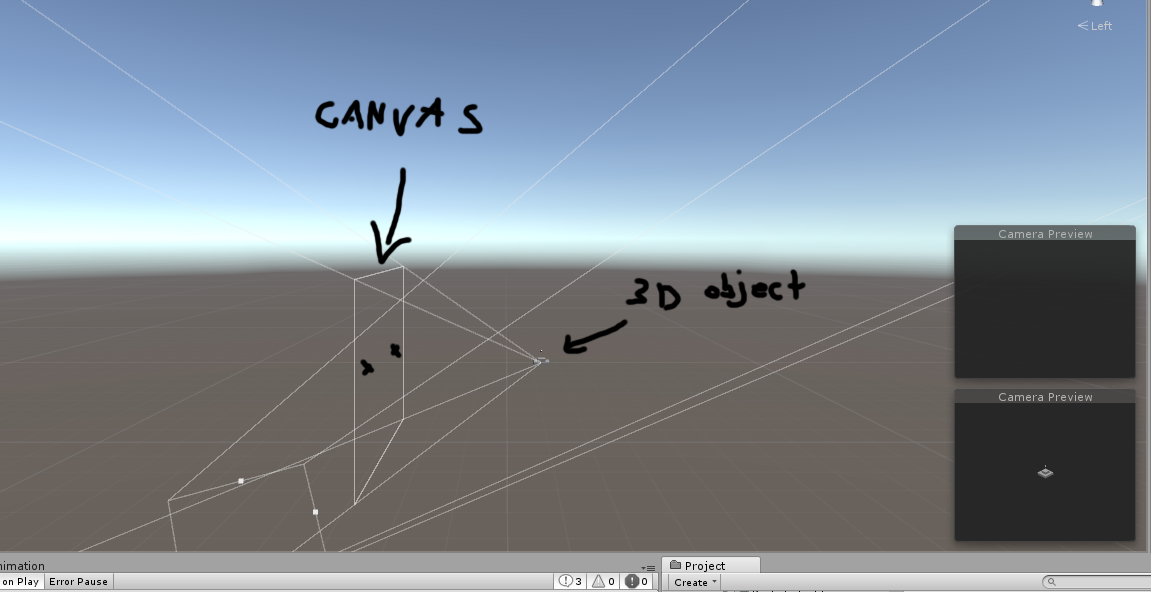 What I need to do is to move the 3d object on the X/Y axis. To be super clear, I need to move it towards one of these two X objects (left or right).

For now, the camera is rotated, so it doesn't look like it's moving left/right/up/down, but it's moving to the corners (cause of the camera's rotation). 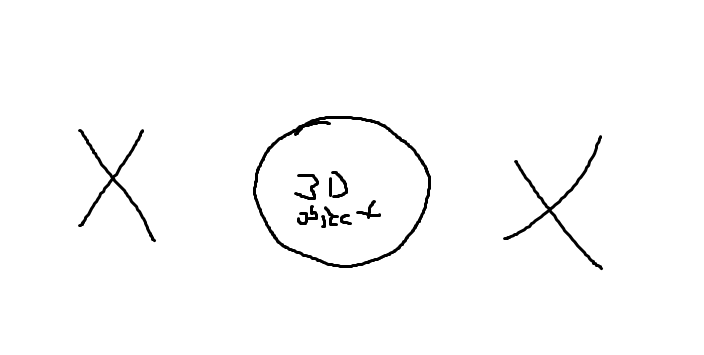 Now I do a _3dObject.transform.DOMove(leftXObject, 3f); // DOTween lib, doesn't matter

And it moves to: 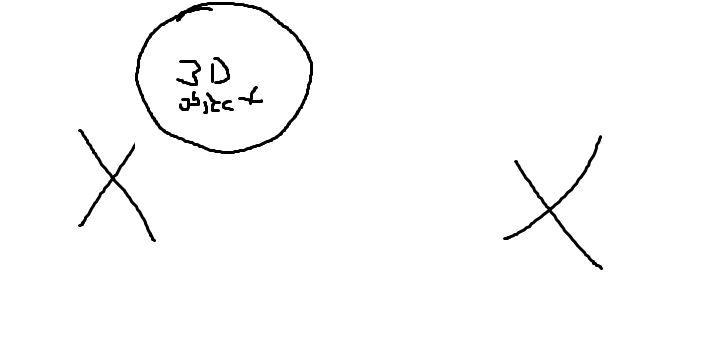 Because of the angle of the 3d camera.

So, I figured this out. Instead of doing a projection, I've created the 3d camera the exact same size as the UI one. I've rotated it, so it views objects from the isometric perspective and...

Created a Canvas on the rotated camera, added a 3d cube (with rotation (0,0,0)) as a parent of an empty gameobject with a RectTransform. Now it seems like it was the only isometric object visible (cause of the camera rotation). Next, I created two gameobjects, one on the left of the 3d one, one on the right and anchored them so it moves to the correct location on all resolutions.

The point here is to create an exact copy of the UI canvas, but for the 3d environment. If anchored correctly, they'll synchronize. Remember that you can anchor a RectTransform, not a classic Transform, so your cubes/spheres etc have to be childs of panels/buttons/empty GO's.

Not the answer you're looking for? Browse other questions tagged unity 2d 3d camera projection .

3
How do I move a 2D top-down racing camera smoothly and show what's ahead of the player?
3
Rotate Camera as an Object Manoeuvres
4
What are the types of 3rd-person camera called?
3
3D models on 2D background perspective mismatch
1
Isometric camera movement
0
Moving an object forward relative to the distance traveled by another object
1
How can I make a two-eye-view effect using two cameras?