I have an enemy tank (AI) chasing my friendly tank (player). When the enemy gets close enough he tries to shoot the player. Now the enemy prefab has an empty game object attached as a child which is used as the projectile (shell) spawn point. It's tilted 10 degrees up (X axis, the actual value in inspector is 350). 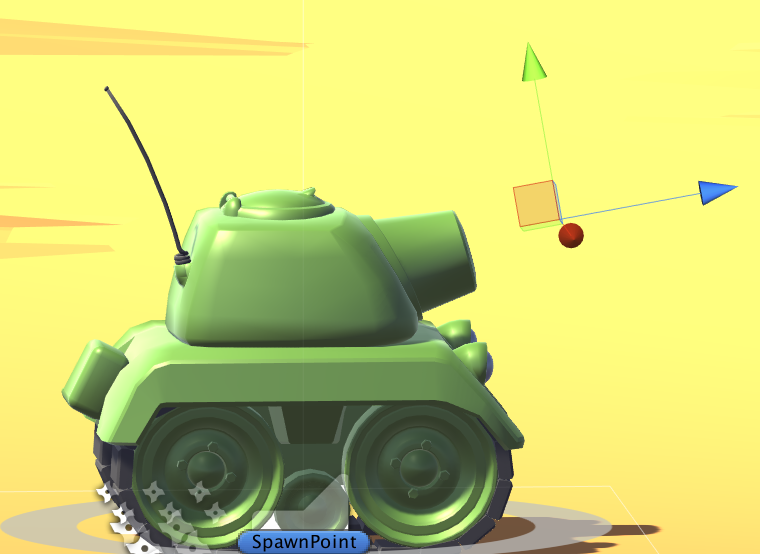 Now I'm trying to figure out what velocity or force must I apply to the projectile in order to hit the player. The angle is fixed (10 degrees) and is always the same. I have tried using the equation (from wikipedia):

Which I solved for v and got:

What is wrong and how do I fix it?

[Reposted as an answer, at the asker's request]

turretAngle is in degrees, so you need to convert it to radians before passing it to Mathf.Tan.

Not the answer you're looking for? Browse other questions tagged unity physics projectile-physics trajectory .

1
Calculate initial velocity for trajectory given duration, launch angle, and distance
1
Find Initial Velocity for Parabolic Arc with Fixed Angle that Crosses Target Position
0
How to calculate acceleration distance(frictionless, massless)
3
How to completely stop the camera from clipping into the ground
1
how to calculate initial Y velocity required to reach target?
1
How do I launch a ballistic projectile to hit a moving target, given: launch position & angle, target position & velocity?
0
2D active ragdoll/physics-based procedural animation