Scaling a sphere to give identical result, regardless of rotation

how can I maintain a consistent scaling of a sphere regardless of the rotation of the model? For example, take the following (scaled) sphere: 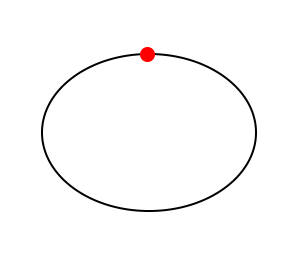 In this image, we start with a sphere, looking at it directly through the Z-azis. The sphere is scaled by 0.7x on the Y (up/down) axis, giving it a 'squashed' appearance.

A 3D vector that describes the scaling of this sphere is [1.0, 0.7, 1.0]. The red dot indicates an arbitrarily chosen point on the surface of the sphere that we will mark as the 'top'.

Now, after the sphere rotates 90 degrees through the Z-axis, the same scaling coefficients [1.0, 0.7, 1.0] when applied will produce a result like this: 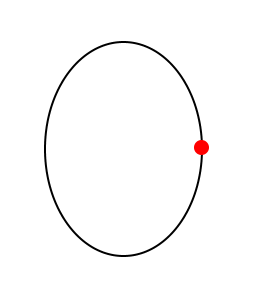 My question is as follows:

Given a rotation quaternion Q that represents the rotation of the sphere, how can I use Q to correctly alter the scaling coefficients vector in order to produce a result like this instead: 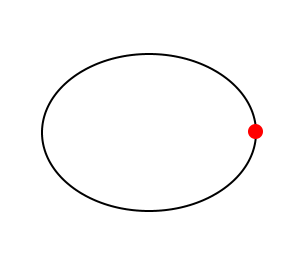 Notice that the eventual 'oriented shape' of the sphere is the same as in the first image, even though a 90-degree-through-Z rotation has been applied. In this instance, a corrected scaling coefficient vector would be something like [0.7, 1.0, 1.0].

I've tried simply multiplying the scaling coefficients vector by Q but this gives an incorrect result. This is actually trivial to see if you imagine rotating [1.0, 1.0, 1.0] by 45 degrees through any angle. The answer should always remain as [1.0, 1.0, 1.0] but it does not.

We can construct a matrix representing this transformation by simply reversing the order in which we normally apply scale and rotation:

Here I draw a model with this matrix as I change the input rotation:

(Made in Unity, using Graphics.DrawMesh to render using my custom matrix, since Unity won't allow us to set the matrix on a Transform component directly)

Depending on your full setup, you may find this is easier to execute using parenting: place the sphere's visual as the child of an otherwise invisible parent. Apply scaling on the parent object, and rotation on the visible child object. This can avoid hacking in a skewed matrix manually.

Not the answer you're looking for? Browse other questions tagged mathematics linear-algebra .

4
How does a 4x4 matrix represent an object in space and matrix lore?
2
cube collider losing shape upon rotation
0
Invert parent transform (doesn't work for combination of rotation and scale)
0
combine two translation/rotation/scale triplets without matrices

6
How to think about 2D scaling/rotation transformations
8
Rotating a vector by another vector in shader
15
Faking isometric graphics in a 2D space game
6
Combining rotation,scaling around a pivot with translation into a matrix
9
3D Camera Rotation
4
Most efficient way to implement delta time
2
Cumulative transformation matrices for hierarchical object transformations
0
Spherical harmonics lightprobe problem
0
How to get correct axis for scaling from transformed space?
0
finding the angle of rotation of a 3d line