Some time ago decided to make an "2,5d" isometric strategy game. I decided ill go with a 3d engine with a locked orthographic camera for the benefit of easier collision detection, easier depth sorting and because i wanted to try myself in 3D. I come from a Java background, so i've chosen C#/Monogame. After reading some articles on the internet i finally created camera that would display things the way i want but i have this feeling at the back of my head i've done something hooribly wrong/stupid. My camera setup looks like this: 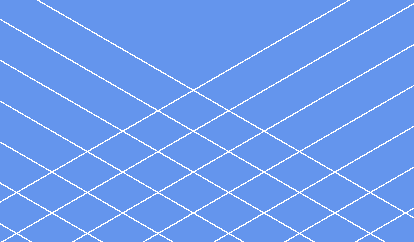 Is there a better/more canonical way of creating camera like that? I tried using

And transforming the camera position with it but the camera just refused to rotate around the Z axis, nothing happened.

So. Is there a "proper" way of setting up a view like this?

Browse other questions tagged xna 3d monogame isometric or ask your own question.

0
Isometric screen to 3D world coordinates efficiently
4
XNA Tile from Screen Location
3
How to prevent 2D camera rotation if it would violate the bounds of the camera?
9
3D Camera Rotation
1
Drawing textures in 3D/2.5D at an angle using spriteBatch in Monogame
0
XNA - Isometric View not rendering mesh correctly
0
Roll a 6DOF camera to a plane direction
0
Camera rotation is weird when it's a child of another object