Why is Unreal Engine Blueprint Editor so slow?

Blueprint Editor is extremely slow on my Ubuntu 16.04. Can I improve performance without upgrading? 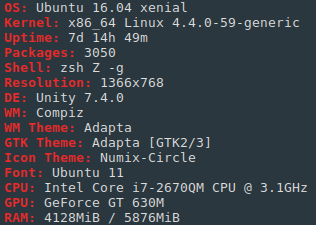 The poor performance in the widget editor appears to be a bug. However, keep in mind that your system does not meet the recommended specs suggested by Epic for developing using the engine;

Your best course of action is to file a detailed bug report with Epic to fix this specific issue, and consider upgrading for the long term.

This is a bug due to FNullSourceCodeAccessor::CanAccessSourceCode() being called too often.

There is a fix that has been applied to 4.17, and you can manually add it to your code by applying the changes found here.

Not the answer you're looking for? Browse other questions tagged unreal-4 blueprints or ask your own question.

5
What does the update button in the Unreal Engine launcher actually update the engine to?
0
Modular weapon in UE4 editor
0
Why is my mesh outside its collision component grid?
1
Blueprint formula doesn't match material formula
1
Don't block Camera with Blocking Volume in Unreal Engine
0
Unable to create a blueprint containing multiple actors