Can art syle proportions have copyright?

I like the art of a mobile game called Battleheart. 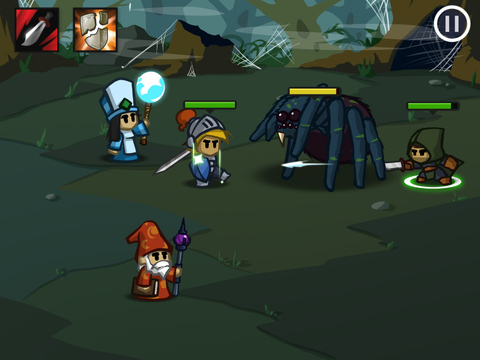 Is it copyright infringement if I copy only the proportions of his characters? Obviously the clothes, style of the brush, and all the rest of the art will be my own style. The gameplay of the game will be different, too.

I am not a lawyer, but the idea of being sued for copyright infringement based entirely off the proportions of a character sounds ludicrous. Bearing that in mind, your asking if you can be sued. The answer is most certainly yes.

Ultimately, you can be sued for anything. If that person feels confidant enough in their case to warrant the required expenditure, they are entirely within their right to do so. It may get thrown out of court on the first day, but they still have the right to take action.

You should be asking if there could be a reasonable case against you. Ultimately, as pointed out by Alexandre Vaillancort, you should consult a copyright lawyer for a more reliable response. That said, I find it highly unlikely that there would be any issue.

In your given example, you suggest copying the proportions of a character, while changing the general style, the brush style, and all of the equipment on the character. Such a change should look nothing like the original art; this would make claims of copyright infringement pretty difficult.

As a small caveat, if you openly admit to copying the original art in some way, this may provide enough grounds for a case. Unless you openly admit that you sat there and drew over the original character models, this would be very difficult to proove; I, for one, can not see anything particularly special about the proportions of the characters you provide as example. They look pretty regular.

As long as you retain your own style, you should be perfectly fine. Once again, you should consult a lawyer before making any legally-based decisions.

Note that if there is some concern, you have the option of simply contacting the developers. A simple email could explain the inspiration you are taking from their work, and how the resulting product would differ from their work. The developers, themselves, could directly tell you whether they would consider this a breech of copyright.

In such cases, you might even get feedback for how you could use such art in a way that the developer would consider acceptable. The developer may simply wish to have a thank you mention in the credits, or wish to provide you explicit permission to use the style, in the first place.

Not the answer you're looking for? Browse other questions tagged legal art copyright .

1
Does this constitute as copyright infringement?
2
Art style - setting - gameplay
1
Copyright and patents on game design and names?
7
Are references to other games considered an infringement of copyright?