So I am trying to draw hexagons with [SDL_RenderDrawLines][]. It looks to be working fairly well, however, it fails to draw some of the lines. 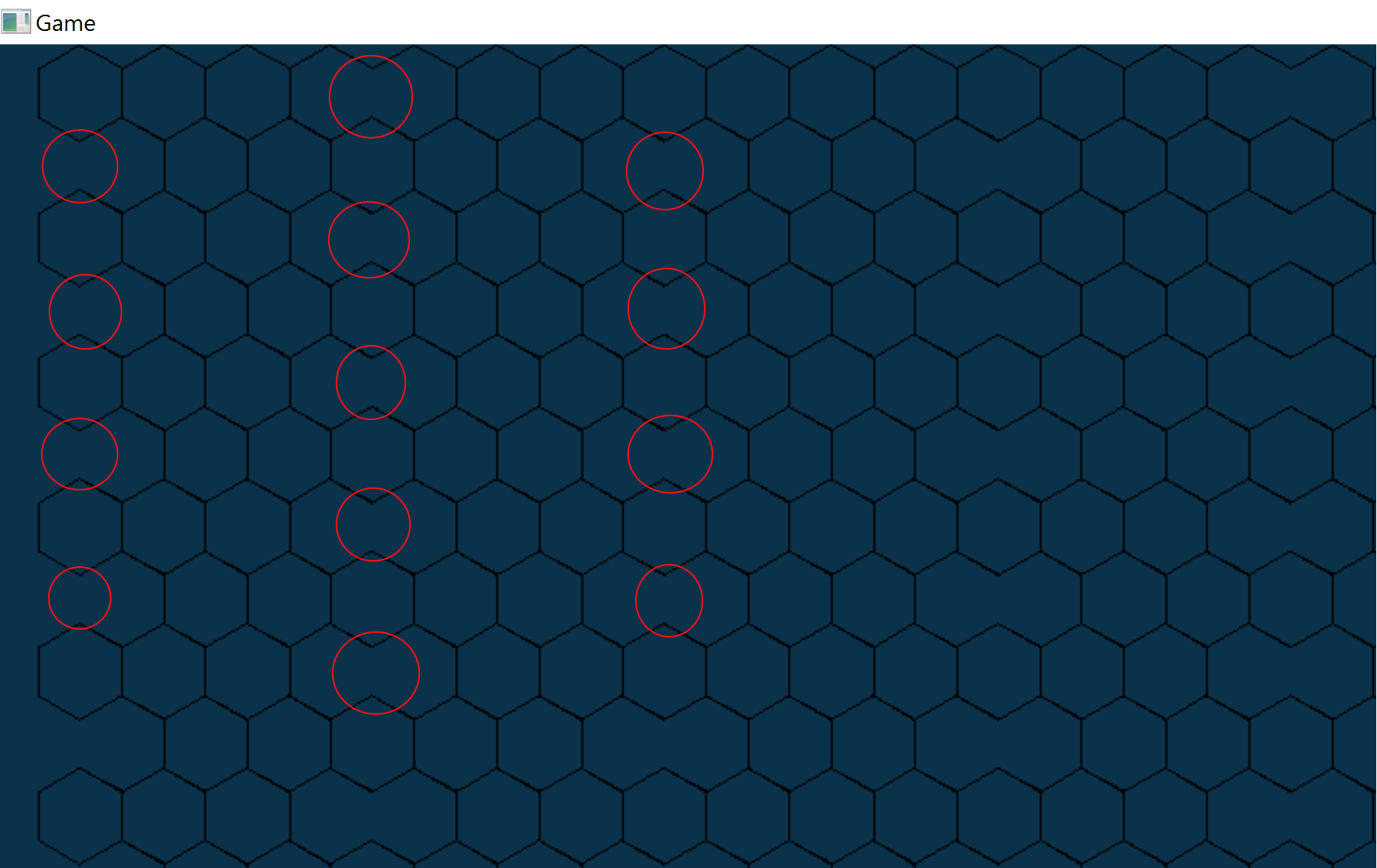 So each of the hexagons in the screenshot is a hex object. They each have a center x/y , and an array of SDL_Points for the six corners of the hex.

There is some reoccurring condition that causes a vertical line to not be rendered, and I can't seem to figure out why.

The two obvious things that stand out don't explain why there is no line:

If anyone has any insight, I welcome the input.

I have been over suggestions you have mentioned prior to this question, increasing the array of points to 7 is correct, I tested it on a triangle before I tried with hexagons. When you don't close of the shape, you typically get drawn lines that shoot off the edge of the screen.

The part on three lines is also something else I discovered while messing around. I included some of my code to show the two ways that I preformed the very thing you mentioned:

Just for clarity, it still occurs in spots where there should be a drawn line. This is a shot with the above code: 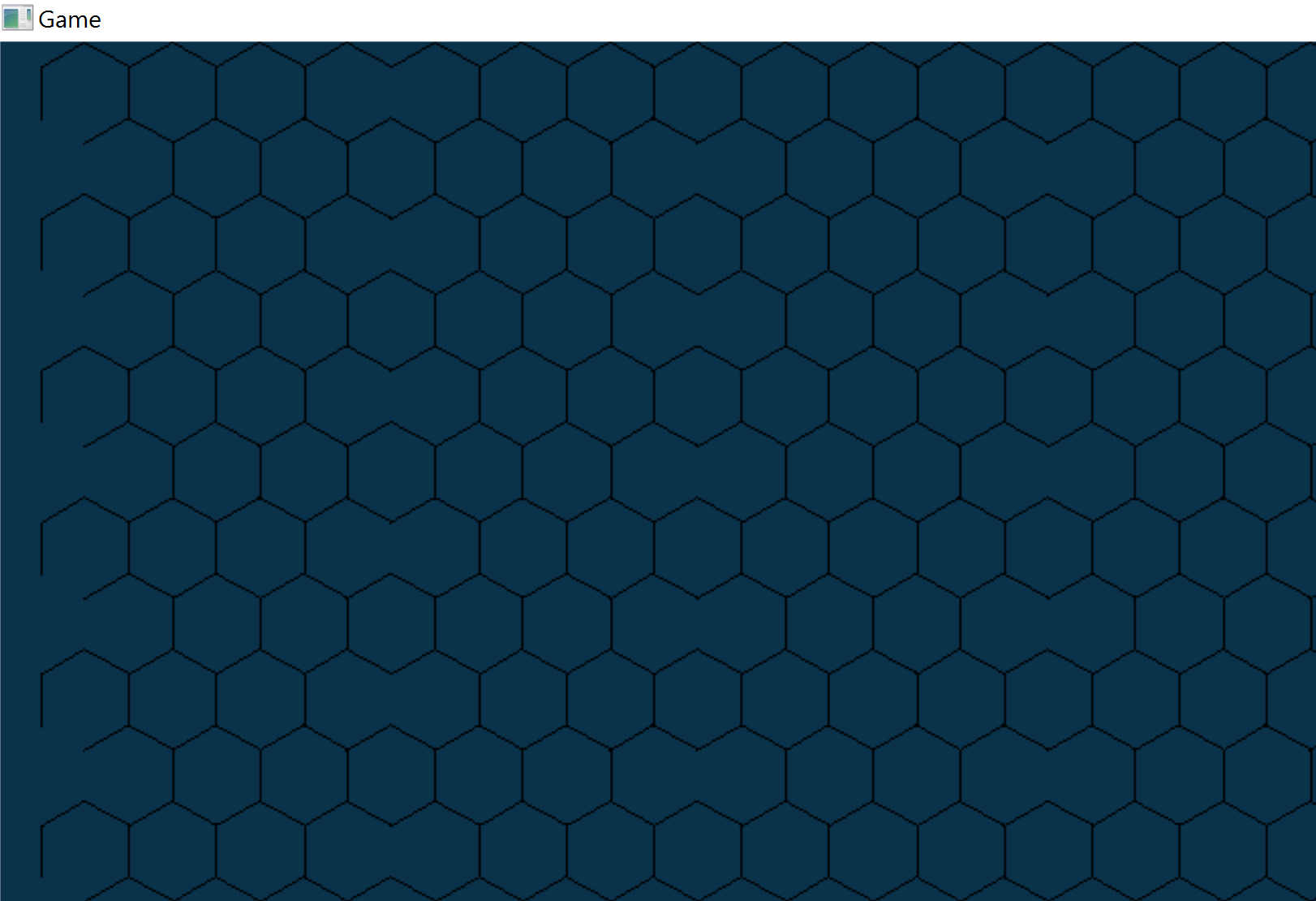 According to the documentation for SDL_RenderDrawLines:

SDL_RenderDrawLines() doesn't presume that you have a closed shape; it's just drawing lines between the points you've provided. So with 6 points (as per your HEX_NUMBER_OF_CORNERS constant), you get just five lines, drawn between the set of points you've specified in order

If you wish to draw all six lines around each hexagon, then you'll need to provide an array of seven points, duplicating the first corner also as the last point in the array, and then pass a count of 7 to SDL_RenderDrawLines().

The reason why I was able to do this in the stand alone project but not have similar results is because I am using SDL_RenderSetLogicalSize. I am not using some crazy size though, which I find kinda odd that it is having issues.

As soon as I change the resolution to something smaller than this it works fine.

Not the answer you're looking for? Browse other questions tagged sdl sdl2 hexagonal-grid .

1
Recasting and Drawing in SDL
0
joystick movement for Geometry Wars clone
0
Drawing Colored Geometry in OpenGL using SDL
3
Drawing geometry to an SDL_Texture?
8
How to draw the contour of a hexagon area, like in Civ 5
0
SDL Combining text and Geometry Rendering to one texture
1
How do i get the drawing to loop automatically with out need for user input scrolling?
1
SDL 2.0 OpenGL not drawing anything except background
0
Why isn't SDL displaying my texture?