Hi I am working on barrier detection.

It suggests two ways to detect collision. 1. broadphase: this is a shorter-algorithm which can only detect non-collision 100%. 2. In order to make sure that there is a collision, the more detailed swept aabb algorithm has to be executed right after the broadphase one.

Strangely the broadphase algorithm alone detects a barrier collision each and every time and the more precise one actually doesn't at all times.

Are there some rare cases where the broadphase can actually detect a collision like in this one I described? Thanks so much for your help

For reference, this is the broad-phasing: 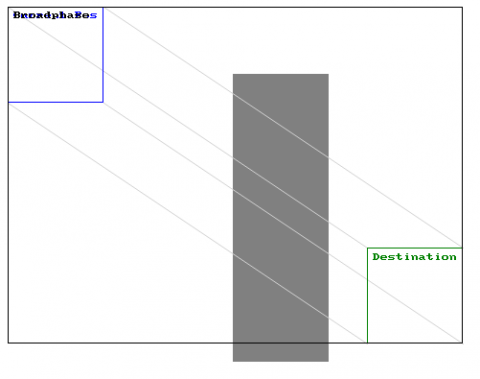 Not the answer you're looking for? Browse other questions tagged android or ask your own question.

1
Why does this code work for a stationary object, but not a moving one?
10
How to remove a box2d body when collision happens?
8
Collision Detection Slows Screen Drawing
3
Android: Improving surfaceView?
1
Inconsistent sprite velocity?
2
libGDX collision detection / bounding the object
3
box2d rendering performance degrading extremely even with sleeping bodies?
0
Why does my libGDX TextureRegion.split code not work properly?
0
Play games services leaderboard does not work all the time