I have a 2D simple directional blend tree with 2 inputs, X and Y, for movement.

The animations were made in Blender as actions (if that's important). 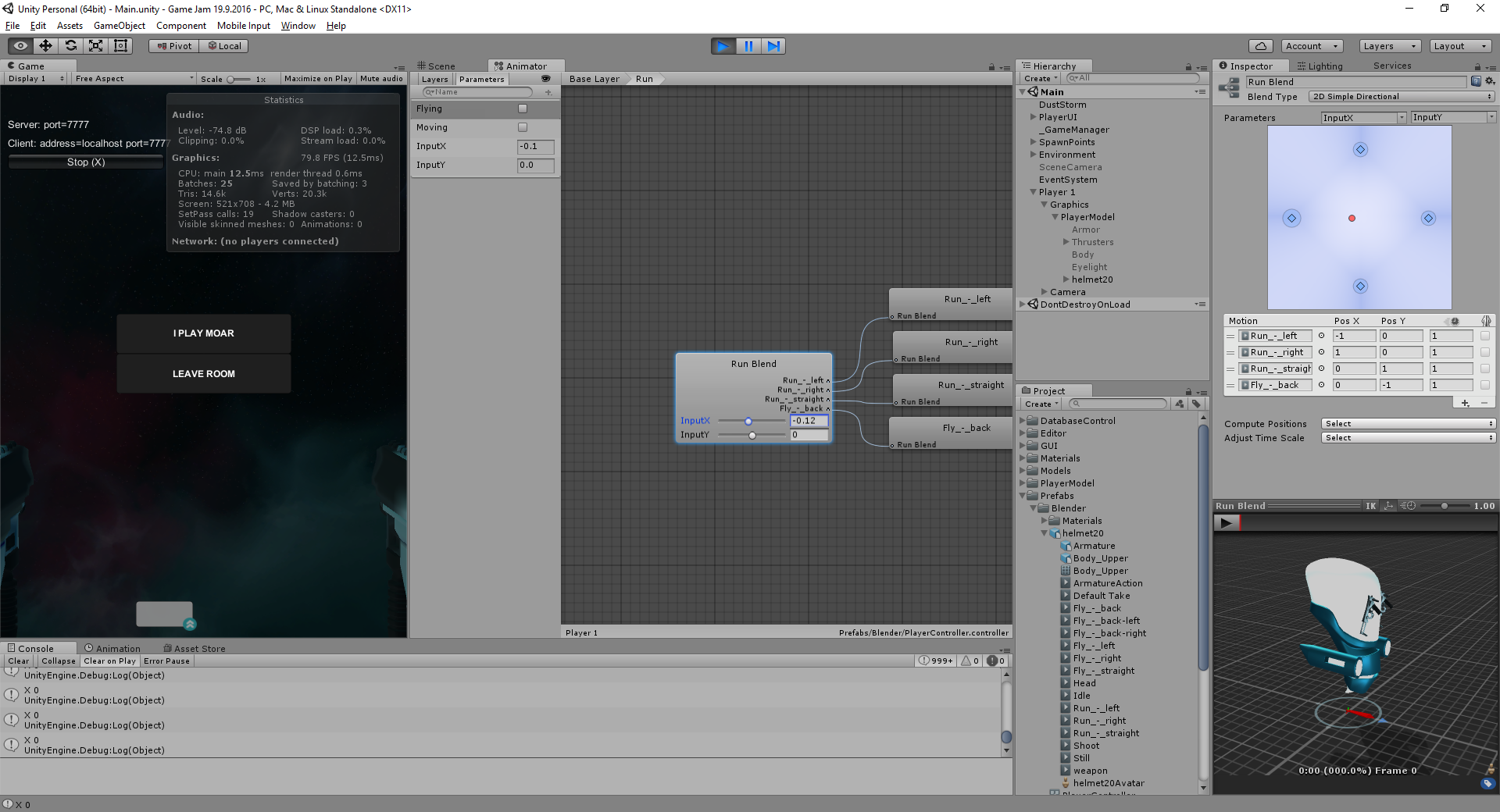 Turns out i had 2 problems.

After i set the avatar and deleted the animator on my character model, blending works perfectly.

4
How to import character from Blender to Unity?
0
Unity 3d shooter tutorial animation
2
Unity character vibrates during idle animation
0
Animation is delayed after few play attemps even though all transition times' are zero
0
The other animations are not played when I delete idle animation