I have a plane GameObject on which I want to place cubes. The user can move the cube around on the plane and when LMB is clicked, the cube is placed at that position. Everything works great, besides the position of the cube is not that accurate. In the center of my plane, mouse pointer and cube position match perfectly, moving the mouse along the x-Axis also works fine, but up or down (z-axis in game world) doesn't work well, the mouse moves "more" than the cube object. Here's photos of the issue: 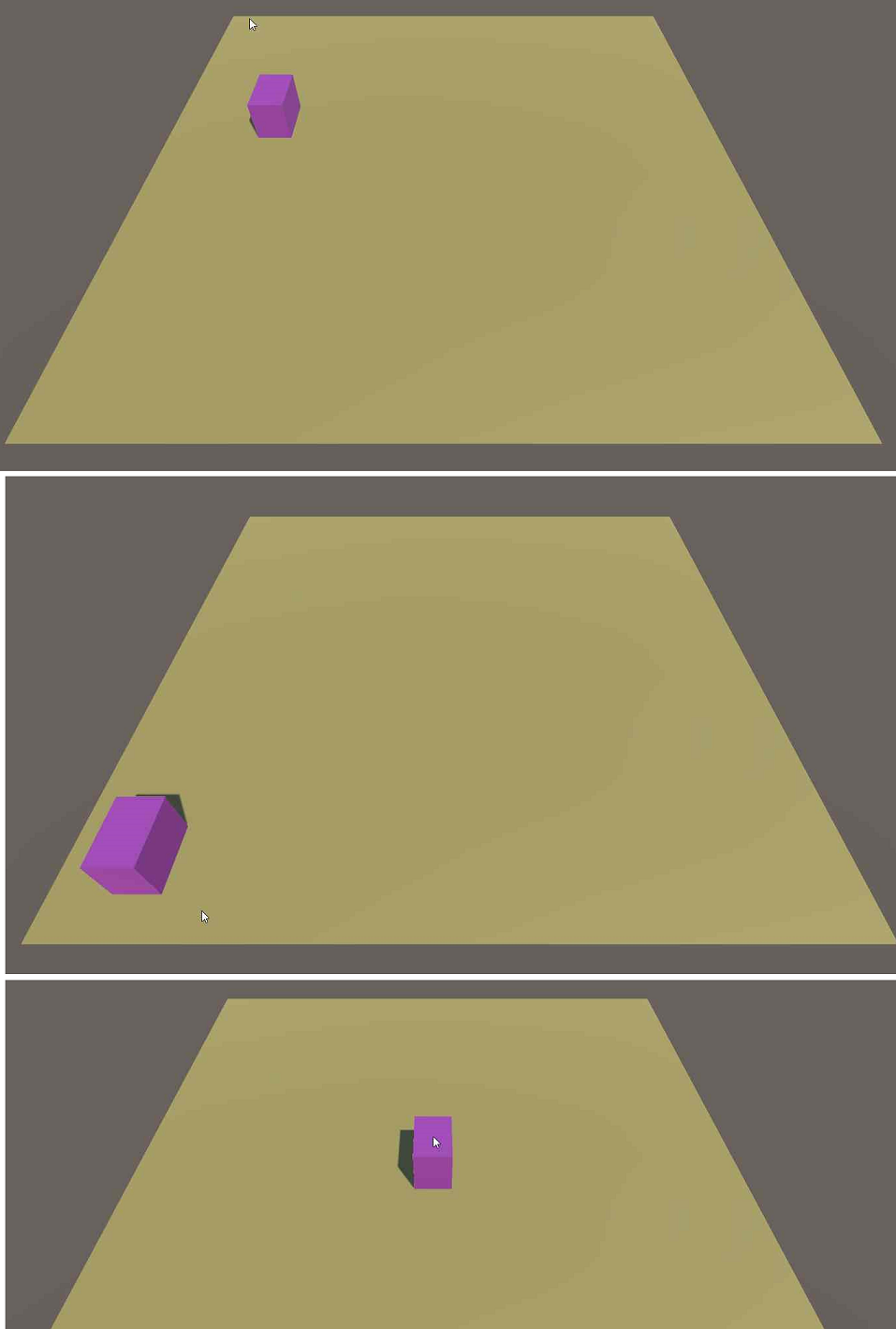 and here's my source code:

I suggest using a raycast for this, either a physics one or a collider one. It's way easier than dishing out your own math calculations (probably faster and less of a resource hog too).

2
Distance between two 3D objects' faces
1
Strange behavior of RigidBody with gravity and impulse applied
5
How do I make an object face the mouse position, but only on one plane?
2
Why are my 2D world click-positions offset after camera movement?
0
Mouse input position is being printed as Unity coordinates, but the actual coordinates used seem incorrect
1
How to completely stop the camera from clipping into the ground