Sticking things to Walls in 3D

I'm trying to leave the second dimension and finally make a 3d game, but I'm having a hard time coming up with a way to implement a certain concept. I am trying to make a flat object which would "stick to walls." It's a bit difficult to explain, so I'll just add a picture here. 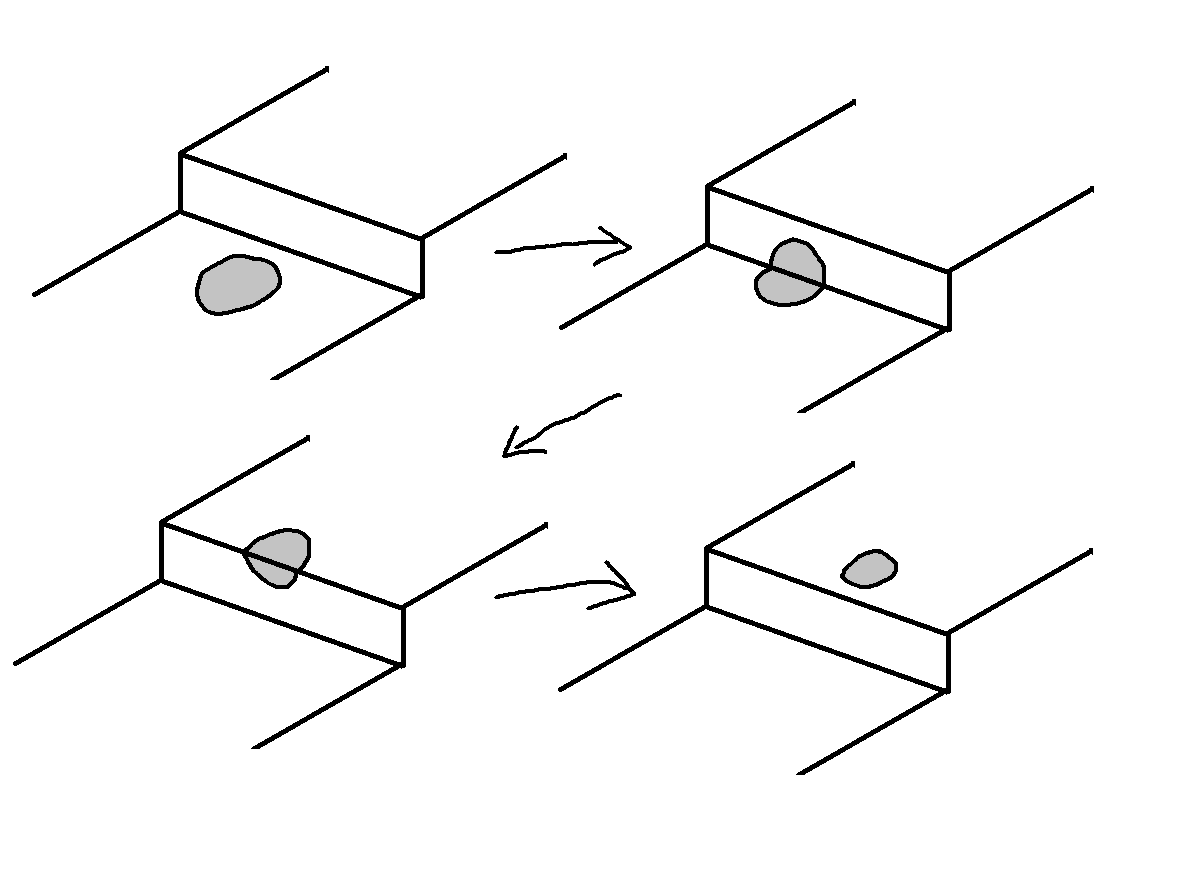 The way I see it, there are a few parts to this problem. Firstly, how would I specify which edge on one polygon leads to an edge on another? Secondly, how would I make sure that the object never gets excessively deformed when on a corner of 3 or more edges? (As in, how do I assure the gaussian curvature always stays as 0) And thirdly, how would I split the object along the two surfdaces it's on without having a ton of polygons?

I'm not sure what engine I'll be programming this in yet, because as I said, it's my first foray into 3d, so if responses could either just explain concepts or use pseudocode, that would be optimal, but if you want to use examples from a specific language it'll work.

Thanks in advance for anyone who wants to respond!

A popular technique to handle this is called projection. Shadow mapping and decal placement are popular use cases of this.

A few good tutorials are on http://rastertek.com/tutdx11.html (see shadow mapping and projective texturing)
How do I create a decal system? for more info

Not the answer you're looking for? Browse other questions tagged 3d software-engineering 3d-meshes or ask your own question.

4
How do I create a decal system?

2
Networking SFML Berkley Sockets
4
Should I use different object types for different kind of 3D meshes?
0
Check if an object is facing another based on angles
2
C++ Namespace vs Reference passed around like crazy - Implement a quest journal
2
2D camera perspective projection from 3D coordinates — HOW?
1
Drawing Projected Vertices/Faces In Order
0
How to understand kind of matrix/world from implemented math operations?