I have a problem with displaying images in my Canvas, as they're not displaying exactly like the imported image.

In the image below, the sprite on the left is how it looks when it's imported. The sprite on the right is how it looks in the canvas. Notice that some of the pixels have incorrect colours, like the lighter pink in the center of the staff's top is gone, the eyeball is a darker shade, some of the colouration under the hood is wrong, and other errors.

( The sprite is just a test I took from somewhere else, not what I intend to use as a final product. ) 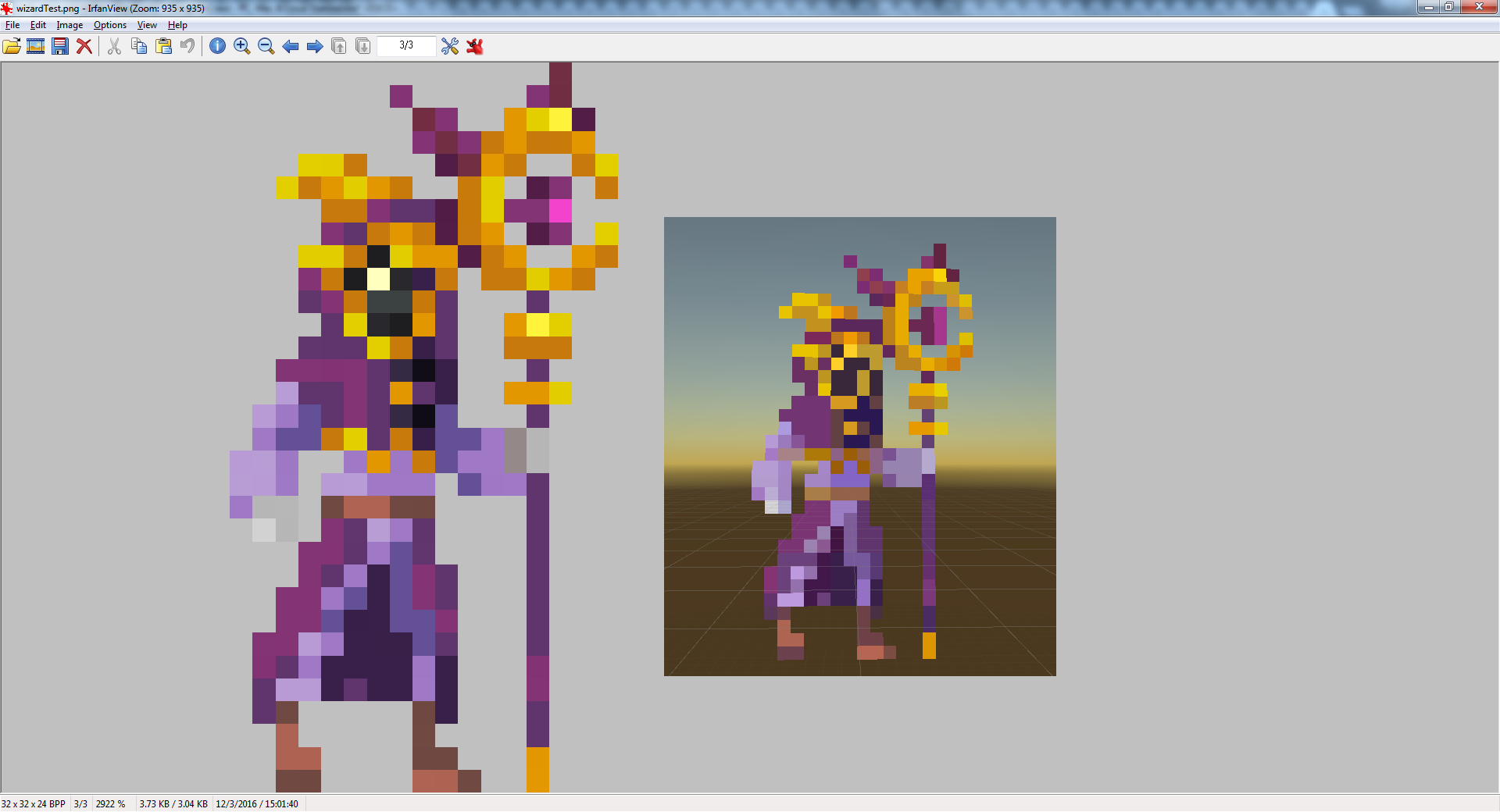 The project is 3D (going for a 2.5D look with billboard sprites) set to 384x224 resolution, orthographic camera size of 3.5, no anistropic textures, no anti-aliasing.

Is there some setting I missed somewhere to ensure that images display 100% exact like the source sprite when used in the Canvas?

EDIT Sprite in the Inspector (Seems to also not be correct) 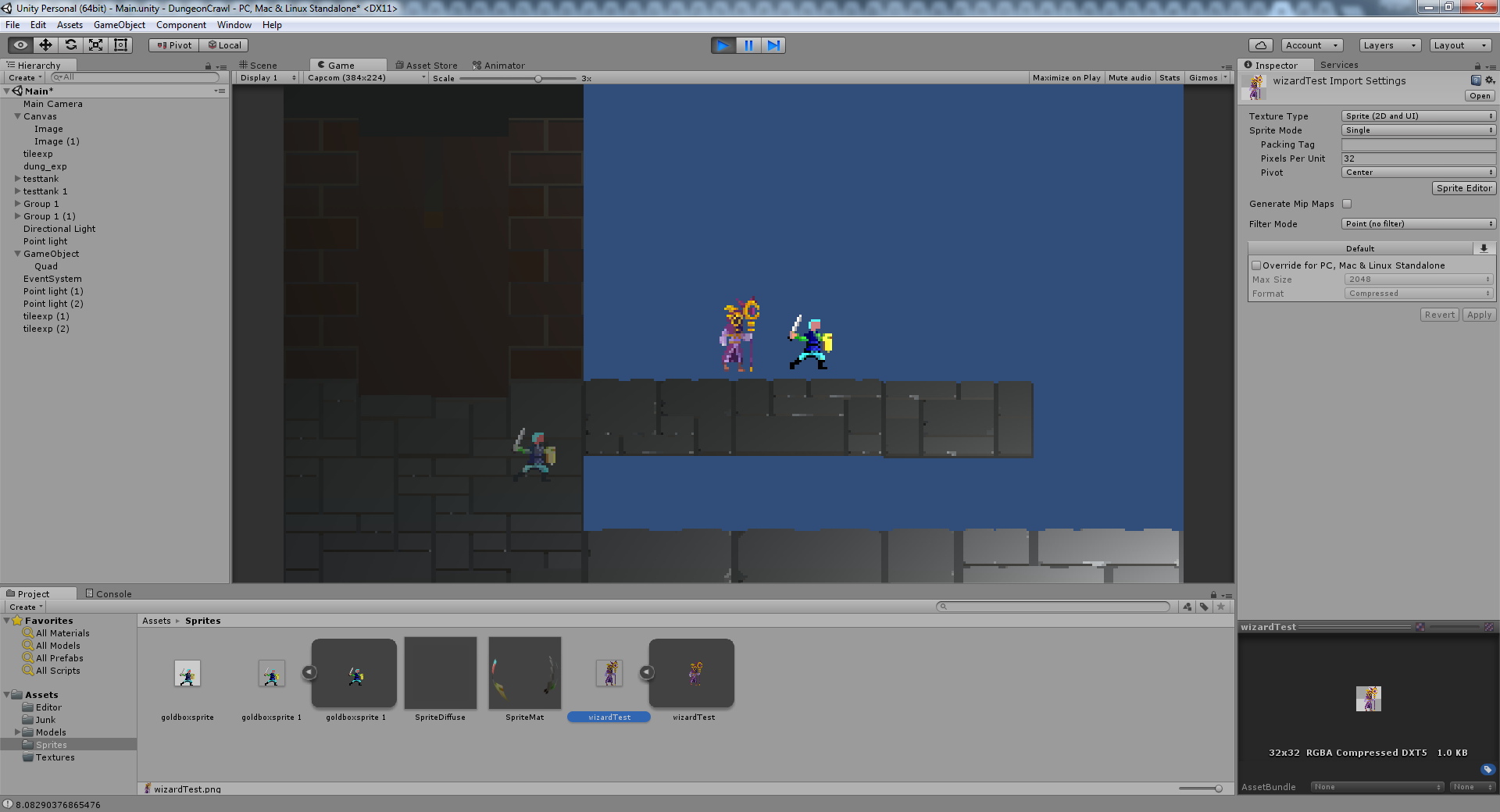 I'd say, try checking the box that says Pixel Perfect on the canvas. That should fix it. If not, check your import settings, make sure there's no compression. If that's not the problem then it should be the lights affecting your 2D object (not sure if it's even possible) try removing all lighting from scene.

Report back with your findings, I'm curious to see what the problem is.

Edit: Problem is the compression. 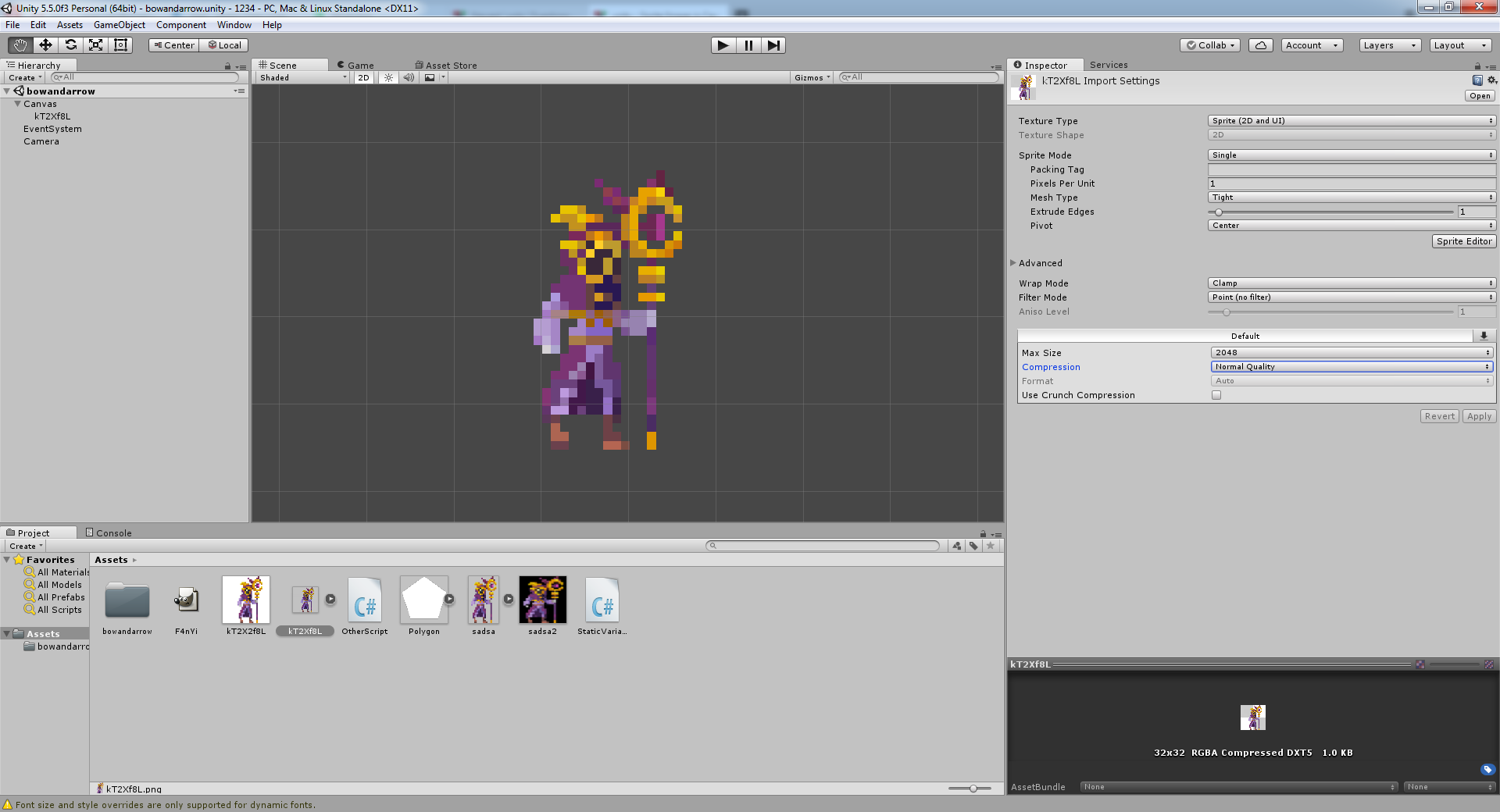 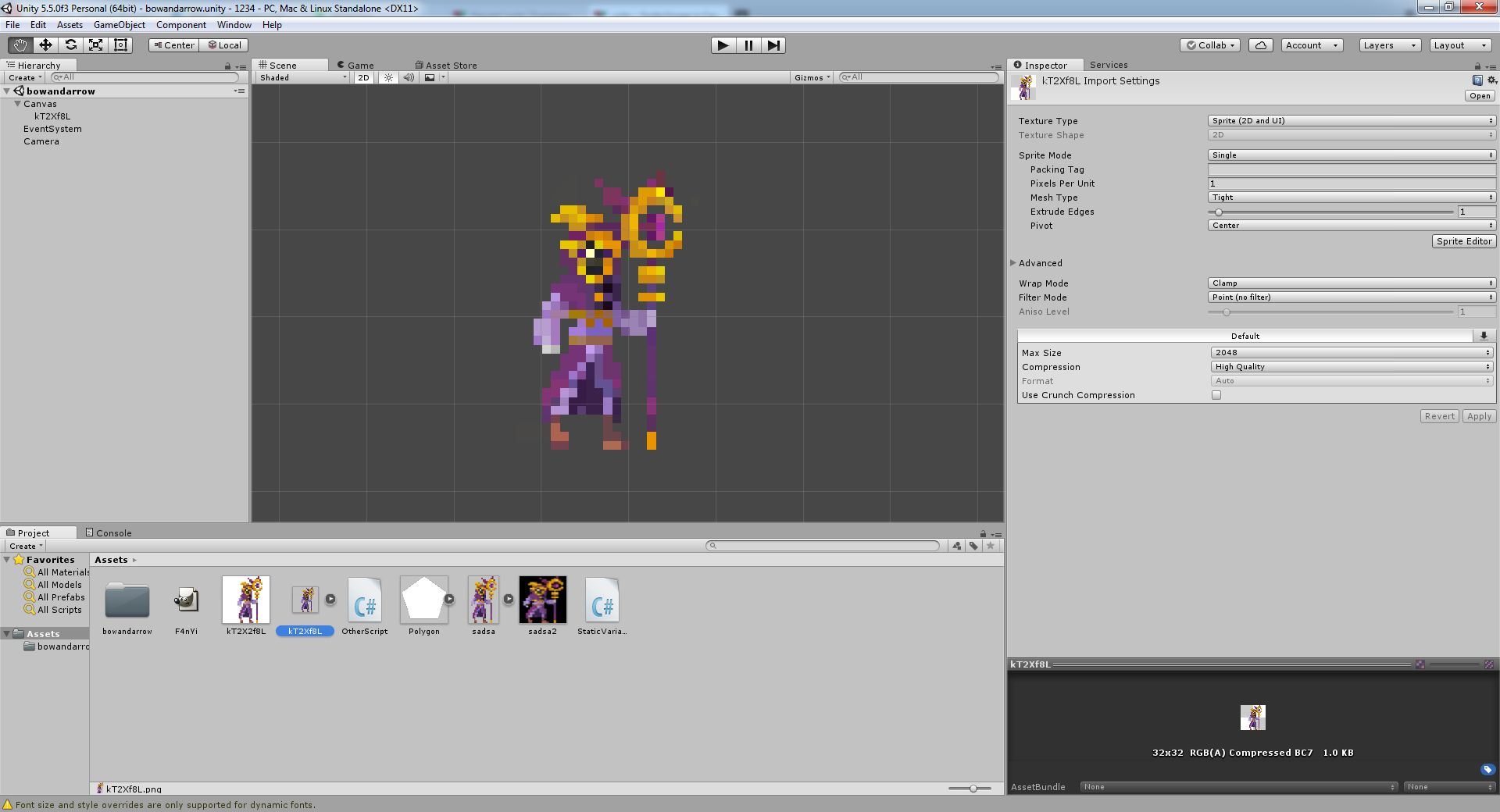 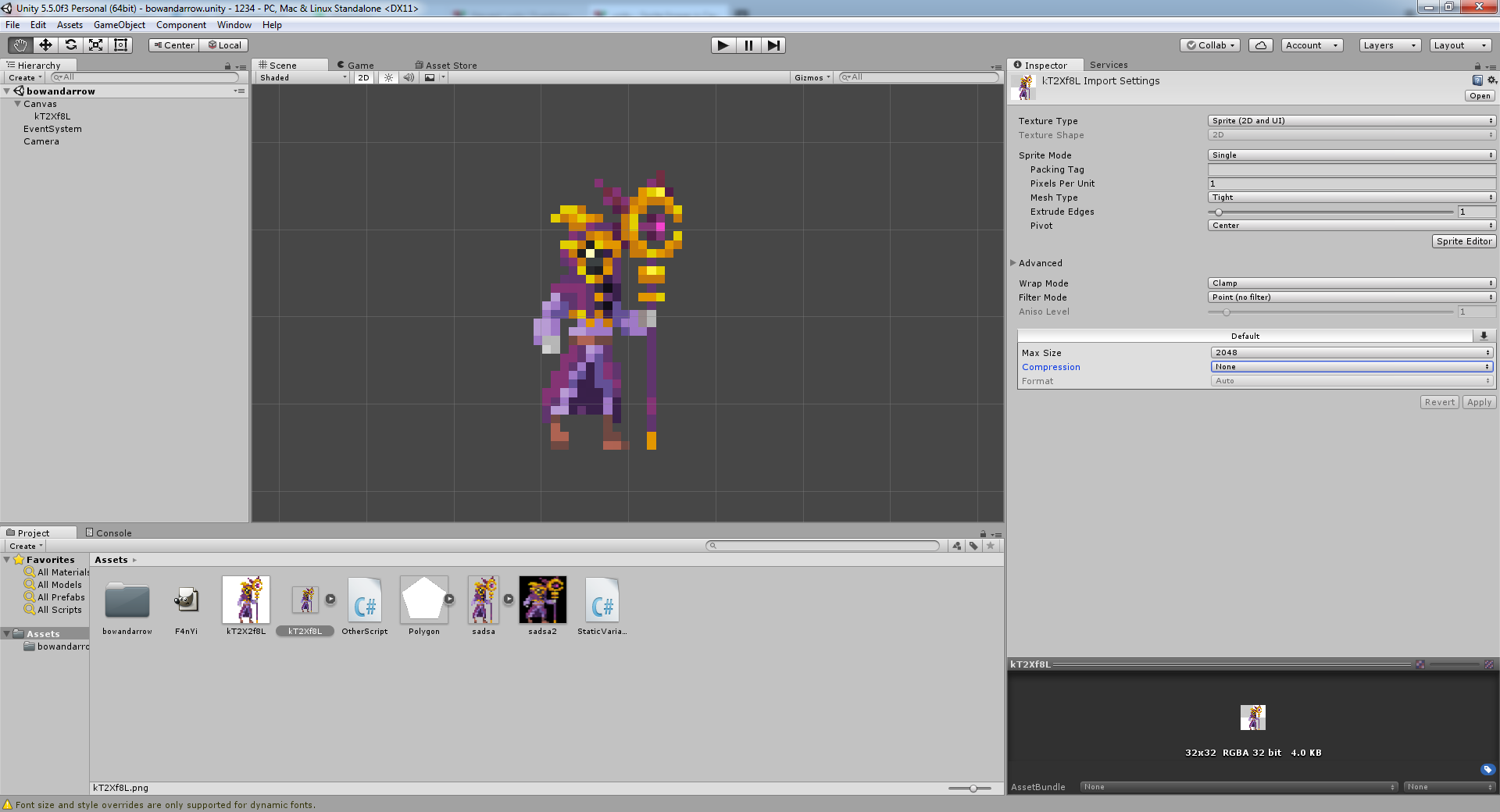 0
How can I attach a script to a GameObject prefab at runtime?
2
Top down 2d orthogonal view with 3D elements (Unity)
1
LineRenderer sorting order - lines always in front of everything
0
Image added to Canvas via script is not rendering
0
Unity Canvas hover image does not trigger event
0
Floating Health Bar Not Displaying Correctly