Is there a way to get native resolution of device window/display on android?

When change the framebuffer resolution by calling

Old question, but it now has a canonical answer.

From a recent QA on SO:

If you're testing in the editor, then Screen.resolutions could return an empty array since it's not really running in a screen. If you make a build and then test it, then it should give you the correct resolutions and the highest one is your best bet for a native resolution. Now, the better way of doing this, is by a static variable (assuming you're running C#).

Now, add the script to some object like StaticVariables (as I have done). This object will now persist through ALL scenes because it's not destroyed on level loads (so be sure to put this in one level only, it shouldn't matter if that level is loaded several times but I'm not sure). Anyway, to get this variable later on you need to some line like this: 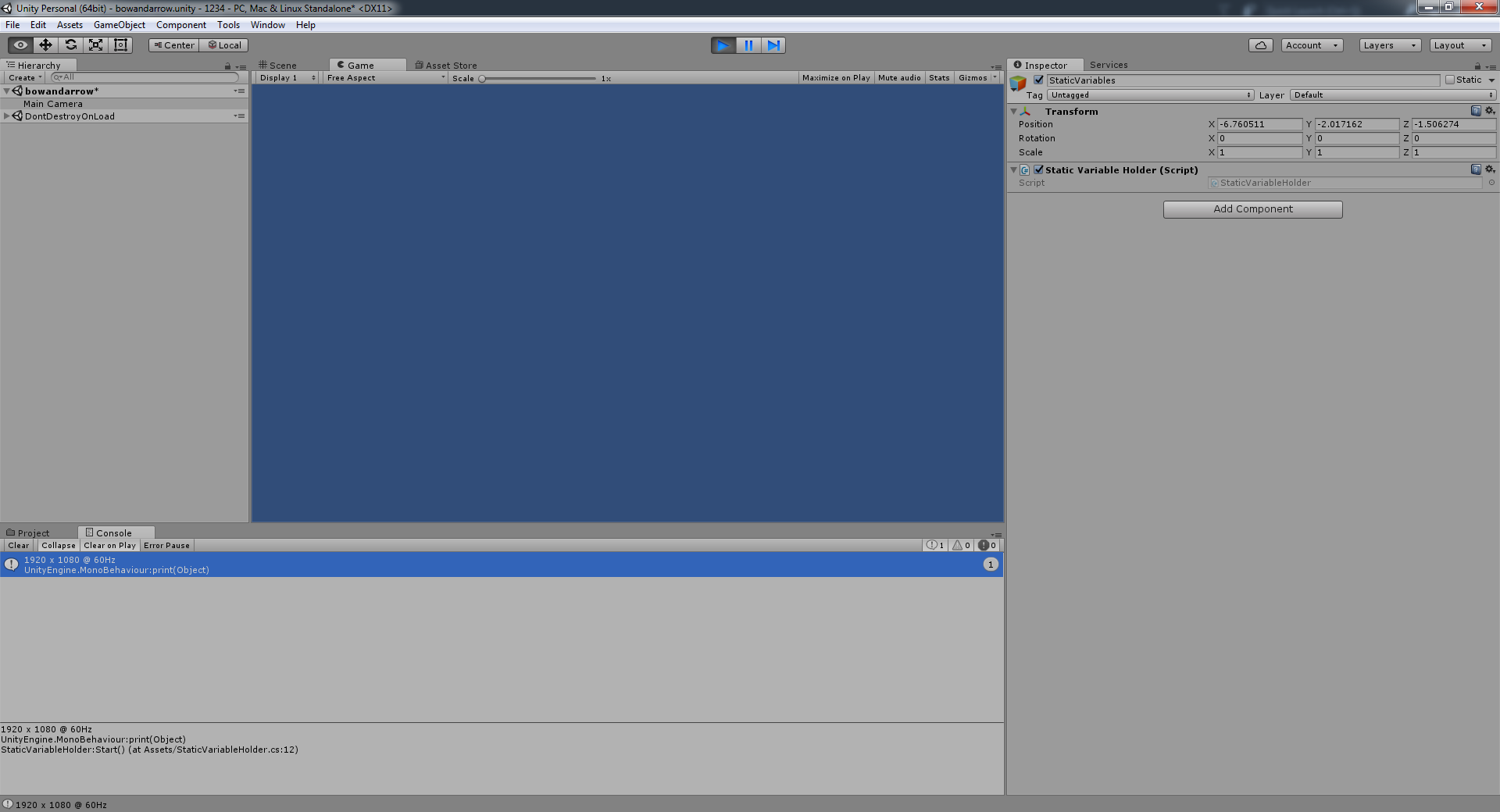 6
OpenGL ES 2 on Android: native window
5
How to program dynamic touch events that scale according to device?
0
How can I support both multiple resolutions and multiple orientations in a game?
1
Unity UI Text Font Size changes with the screen resolution Problem
1
How to change Unity's display settings/resolution?
1
Unity Animator default values overwriten