I have recently made the simplest gun and bullet script that I could and it works amazingly, except for one problem that I've found. When I attach it to a game object with a rigid body the force of the bullets move the object back with quit a bit of force.

But what I can't seem to figure out is why the bullets are imparting force on the object at all. The bullets do not have a rigid body component. The way my guns work is with two scripts, one which acts as a simple spawning point when a key down event is given and what ever object you give it to spawn.

The second script is applied to the bullet itself which causes the bullet to have motion through transform.Translate with a speed variable. The best example I can give of this is when I attached two guns to the default unity jet and when I fired, it had enough force to move the jet back against its thrust speed.

I really would appreciate any help with this so I can move on with my project. I will provide the code bellow for the two scripts.

your problem happened when merging two Boxcollider: When you attach rigid body to game Object the force of the bullets move the object back with quit a bit of force.

Adding a Rigidbody component to an object will put its motion under the control of Unity's physics engine. Even without adding any code, a Rigidbody object will be pulled downward by gravity and will react to collisions with incoming objects if the right Collider component is also present. 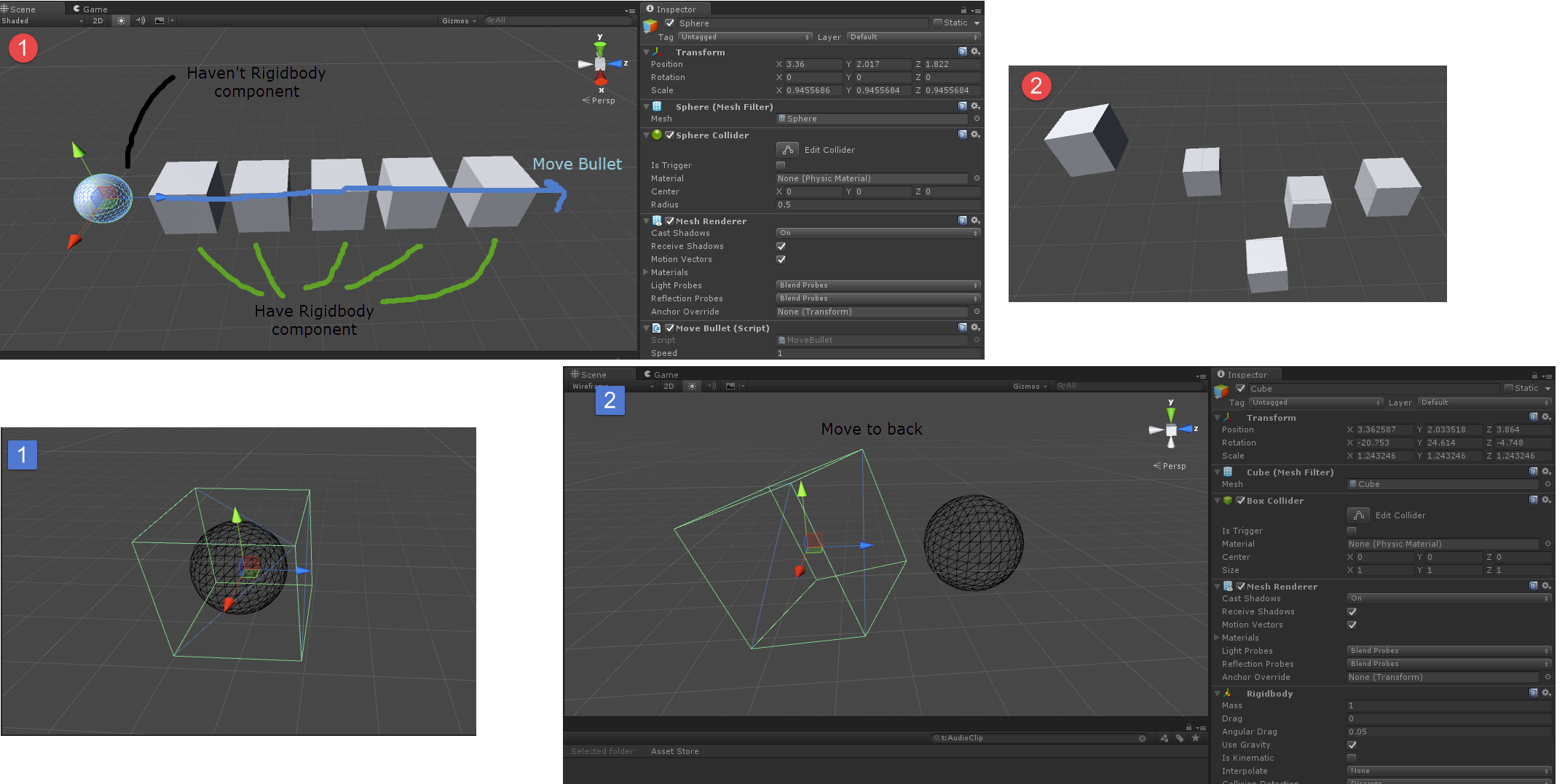 other way is making a vector as shotPos:

Not the answer you're looking for? Browse other questions tagged unity c# physics or ask your own question.

0
Bullet impact or force on cube in Blender
1
Bullet3: Issue with applying force once an object is at rest
2
Conceptual - What is the optimal way to combine steering behaviors with rigid body physics?
2
Bullet 3D Physics Objects Not Rotating?
1
How to get dynamic RigidBody rotation/tilt on uneven platform?
1
Rigid body physics resolution causing never ending bouncing and jittering
0
Why aren't my Unity rotations working properly?
0
Player tag does not respond to AddForce
1
How to completely stop the camera from clipping into the ground