I'm creating a small game to learn how NodeJS & Sails work (and by extension Waterline, Socket.io, Express, and all their components).

I'm using websockets to make the server calculate the coordinates. Everything is handled server-side.
The client only receives serialized data in order to redraw the whole canvas.

For debugging purposes, I decided not to redraw but simply "draw" (leaving the old canvas visible) to show you the result.

See below for situation, issue and code.

I'm having trouble when calculating coordinates.

What I need is a simple forward/backwards system, and when pressing left or right keys, change the direction angle so the character can move in the canvas.

The issue is the following: 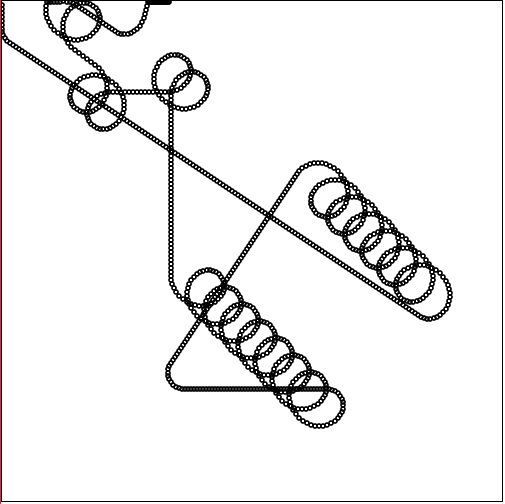 The drawn loops you see shouldn't exist. In fact, they should be circles. I drew this by simply pressing either up or down key, combined with one of left or right keys.

I think there is an issue in the calculation system...

This shouldn't be a performance issue because each tick occurs at the same interval, so even if it was a performance issue, it should only be related to delay when redrawing the canvas, not such an offset in coordinates calculation...

Here's the code that handles the coordinates calculation.

After having received help in private, let me post the answer here (and thanks a lot for the ones that helped me on Twitter :) )

A friend of mine who is a mathematician told me that the angle security could be handled with a simple modulo.

He gave me the hint to remove this code:

And instead, replace it with this code:

And it works very well!

Because the issue with the first code was that when the angle < 0, it oscillated between 0 and -speed (meaning -10 in my case), so the pointer was moving down and not rotating.

Second change (and the most important): values rounding

The same friend, and also @voidqk on Twitter, told me to stop rounding values.

This is a great advice because I was not rounding values at all. I was parsing them to int.

Meaning I had this:

This was totally incorrect.

I replaced everything with Math.round() and now it rounds values in a proper way:

The parseInt() method introduced an incorrect offset in negative coordinates, whereas Math.round() does the job very well and now when I move my pointer and push the left arrow key, I can now draw circles :D 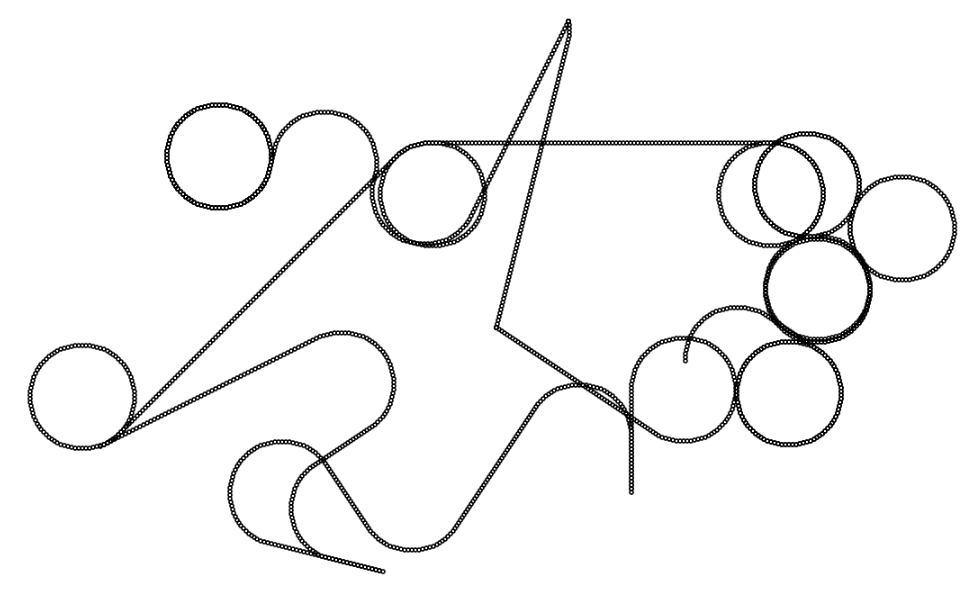 Not the answer you're looking for? Browse other questions tagged javascript node.js websocket or ask your own question.