I want to achieve in Unity a see through effect like the one in these examples: 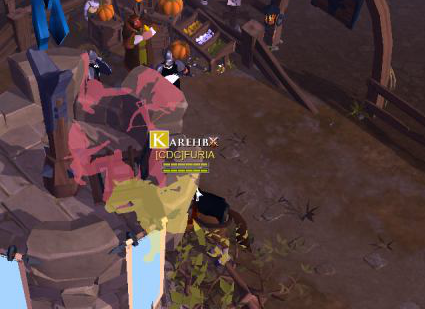 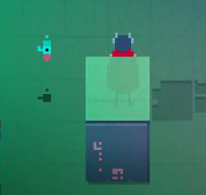 In my specific scenario there are a couple of requirements:

For the character I tried setting the queue of the shader to transparent+1, and added this pass:

And the effect works partially:

I tried to follow these tips someone gave me, but I'm unable to get it to work:

1) Leave the pass that renders the sprites as is.

2) Add a pass that writes to the z-buffer, but has a shader that uses clip() to discard pixels based on alpha. You can't use the z-buffer to make soft z-tests without using MSAA and alpha-to coverage. The quality of that won't be great, but it's the best you can do. A faster alternative is a pattern or noise dither, or a good old fashioned threshold if your sprites all have fairly sharp edges.

3) Add third pass to occludable objects that draws the occlusion color using the z-test and make sure it's drawn as a final pass.

I'm kind of new to shaders, specially in Unity, and I just can't figure out how to make it work properly.

Does this video cover the basics? It's an illustration of creating a few different styles of outline and silhouette from the shaders that people have already published.

It's an example of using a shader published in the Unity Wiki to do pretty much what you're after. Content of the shader is below, although I think the outlining part of the shader may not be functioning as expected in U5.

Not the answer you're looking for? Browse other questions tagged unity shaders graphics-programming .