I have a projectile which I fire using the mouse coords as the direction vector which I scale with a velocity vector and add a gravity vector to complete this simple simulation. 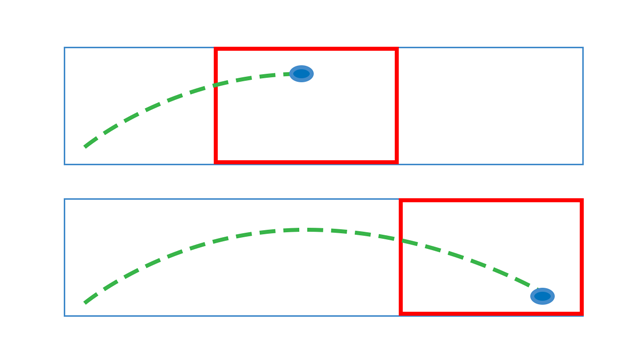 I want to scroll the background in some elegant way, so that I can keep the projectile centred in the red (viewport) whilst following it until I can no longer centre it.

When the projectile starts it will be at the left edge so I cannot centre here as there's no room outside the scene, same if the projectile gets to the end of my scene.

How is this situation usually solved?

There are three possible states for your camera:

Then each drawing loop, draw the projectile at tarX - camX.

Not the answer you're looking for? Browse other questions tagged vector projectile-physics or ask your own question.