Good day, I'm attempting to randomly generate a space scene (quite large actually) in Unity through C# code mainly. So far, I've gotten stunning results up to what image #2 will show you. However, now I'm looking to expand the look with more random particles. So, I've made a texture atlas of 8 in a vertical row, which works on the random setting if you have an emitter and the particle system is called with PS.Play();

Assigning different materials would only work on a per particle system basis(which would be new texture PER cloud, so to speak) which is not what I want. So, my question:

How can I use the Shuriken Particle System's Texture Sheet Animation functionality through code, without having an "active" particle system? More precisely, I wish to use the 'Random Row' feature of it to assign random textures to each particle.

Since I can't share my code (due to policies), here is a bit more info on how I do it:

Using a Texture Atlas consisting of the letters A to H to test, only B showing on all particles.

Using a Texture Atlas consisting of the fog particles to test, only 2nd showing on all particles.

Thank you @DMGregory for the help, I've tested it multiple times and it works perfectly now, I've also went ahead and tweaked a few of my settings just to get a more "clear" space: 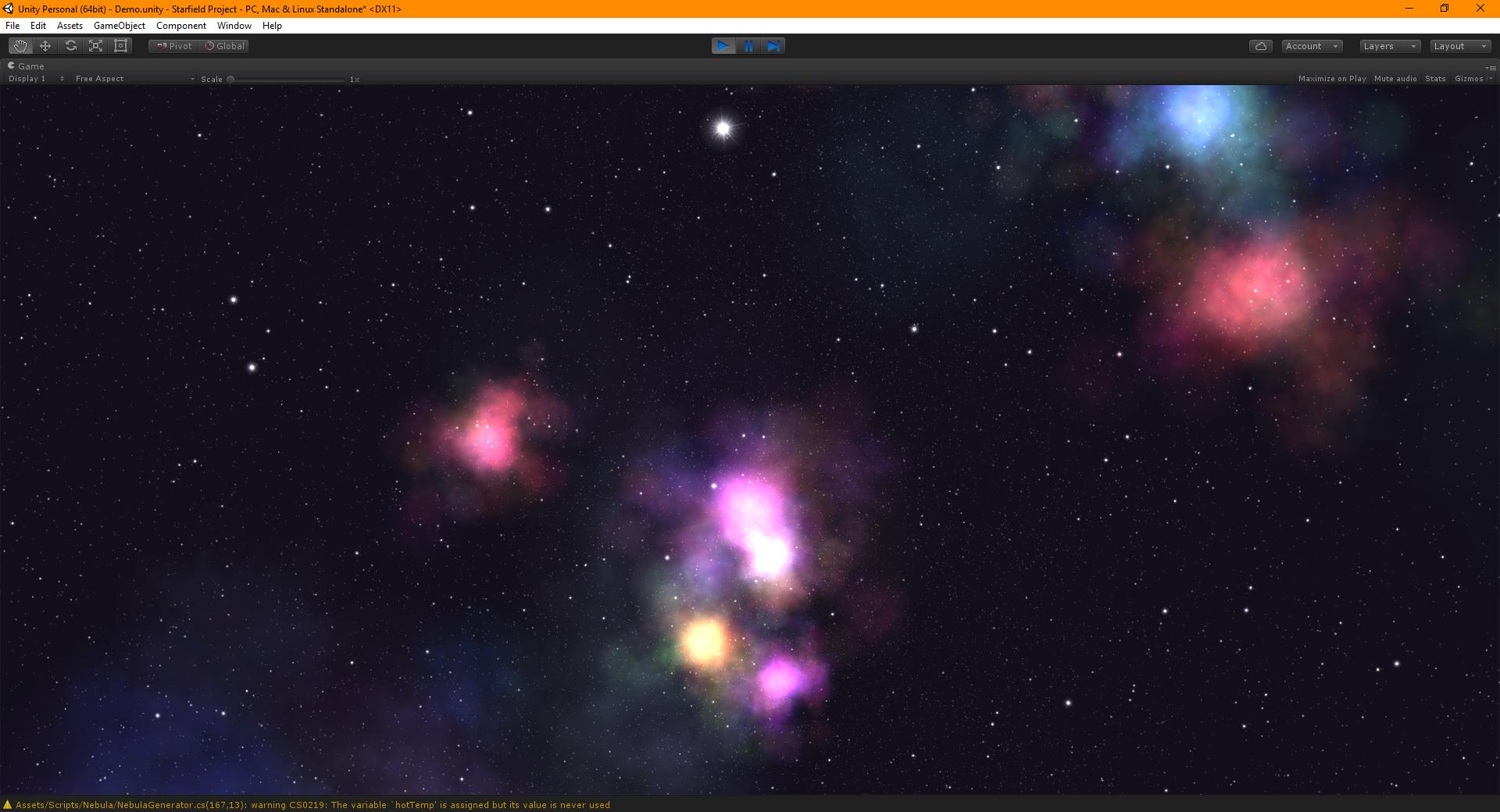 In my tests, it's sufficient to set a random seed on each particle as we place it into our particle buffer.

That seed is then used to calculate all the runtime randomized properties on the particle (including texture sheet random row / random start frame, but not initial properties like StartColour which are already stored separately) 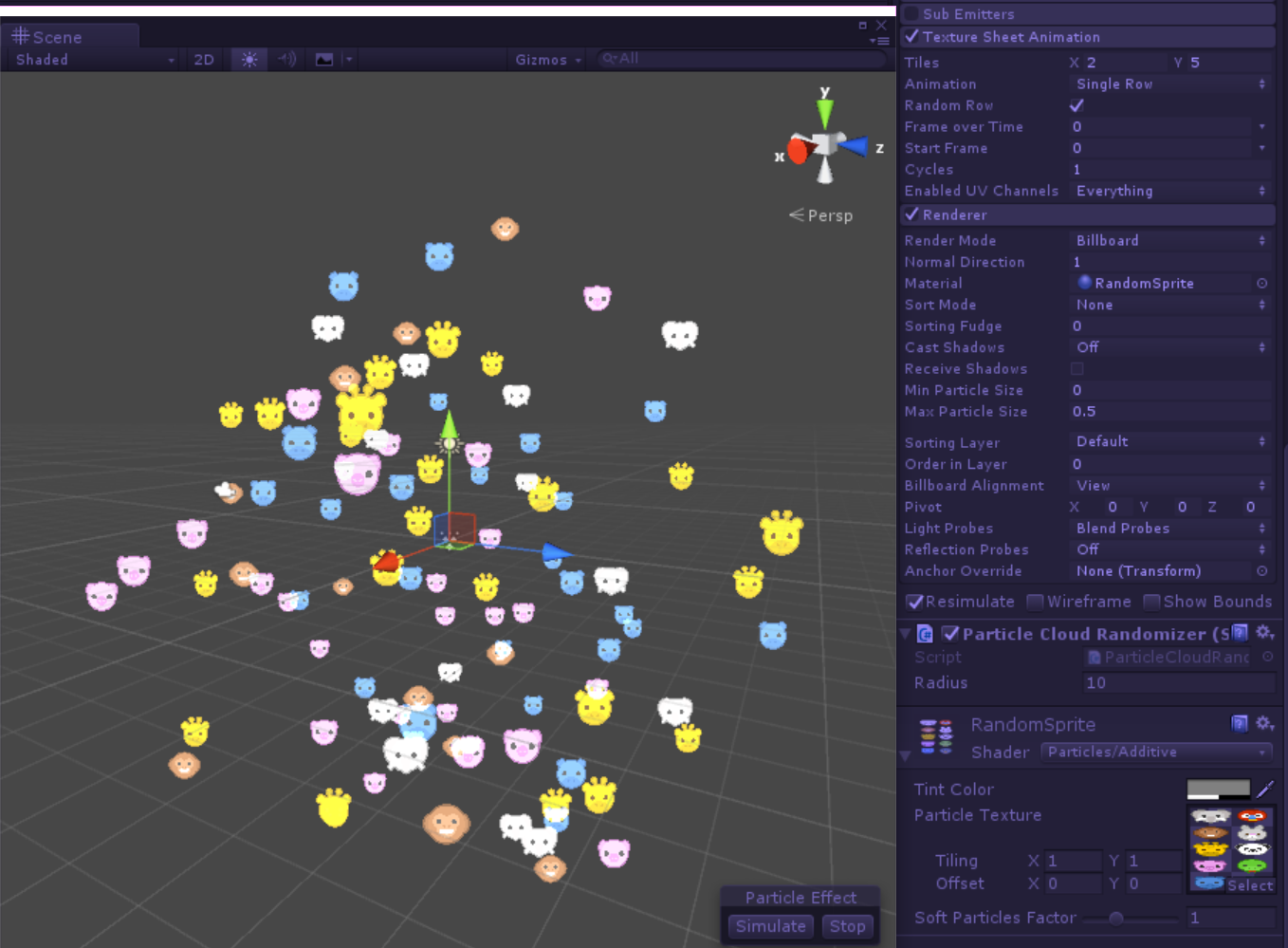 If you want to add or overwrite more particles later, just do the same operation above, setting a random seed on each before it's added to the buffer and passed to the ParticleSystem with SetParticles.

Not the answer you're looking for? Browse other questions tagged unity c# shuriken or ask your own question.