I want to render a depth map by importing it from a file, then creating an array of vertices and indices, and then displaying it using a basic shader (just apply the view and projection matrices on it and then display). I'm aware of GPU-based solutions, however, I want to perform additional calculations using the CPU on the vertices before rendering them.

So, basically what I do is that I have my vertices with there depth in a grid, and then I import my triangles as follows:

When I took the first best depth map that I've found on google, I've got this result: 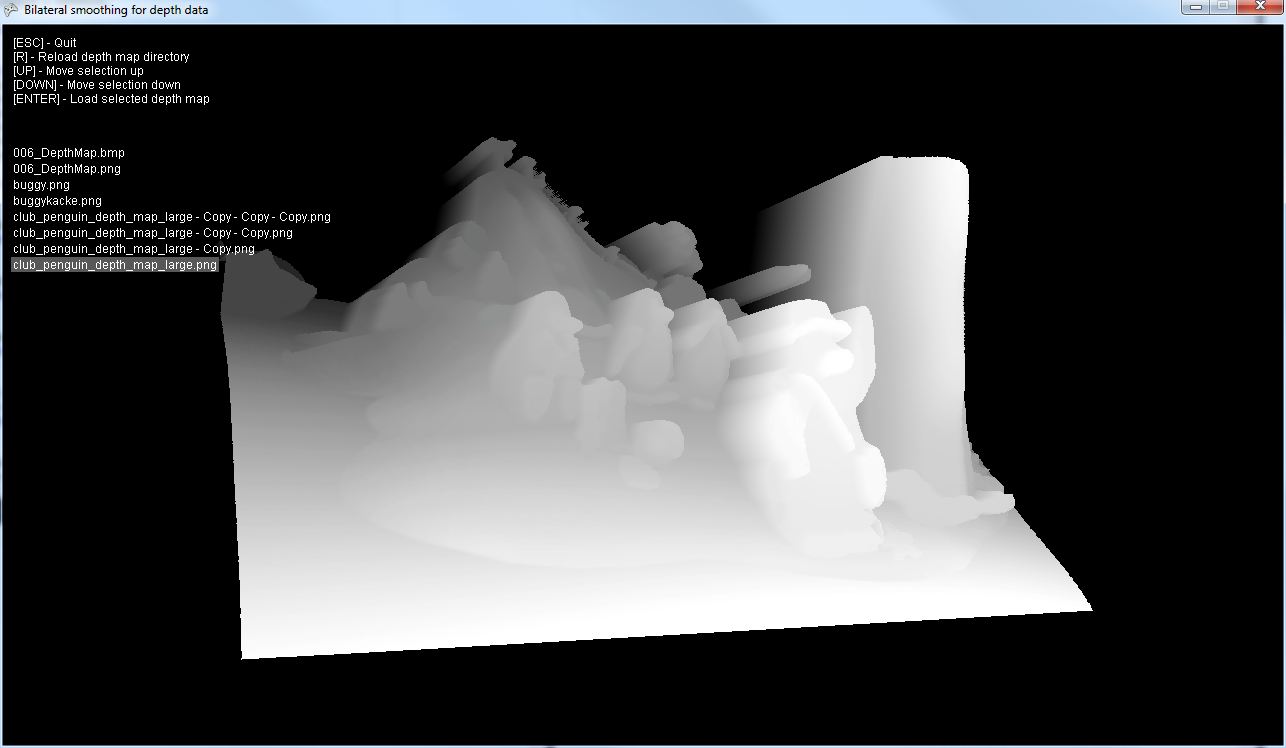 However, as soon as I'm moving the camera up, strange things happen: 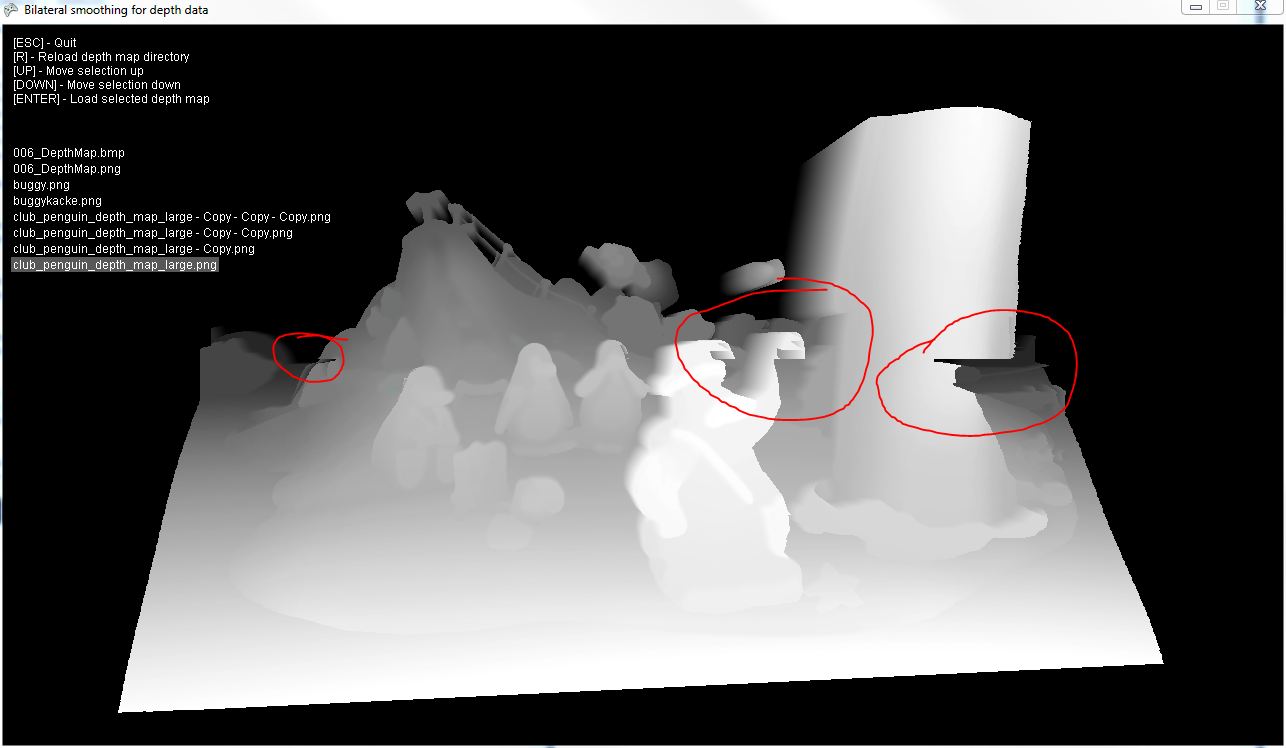 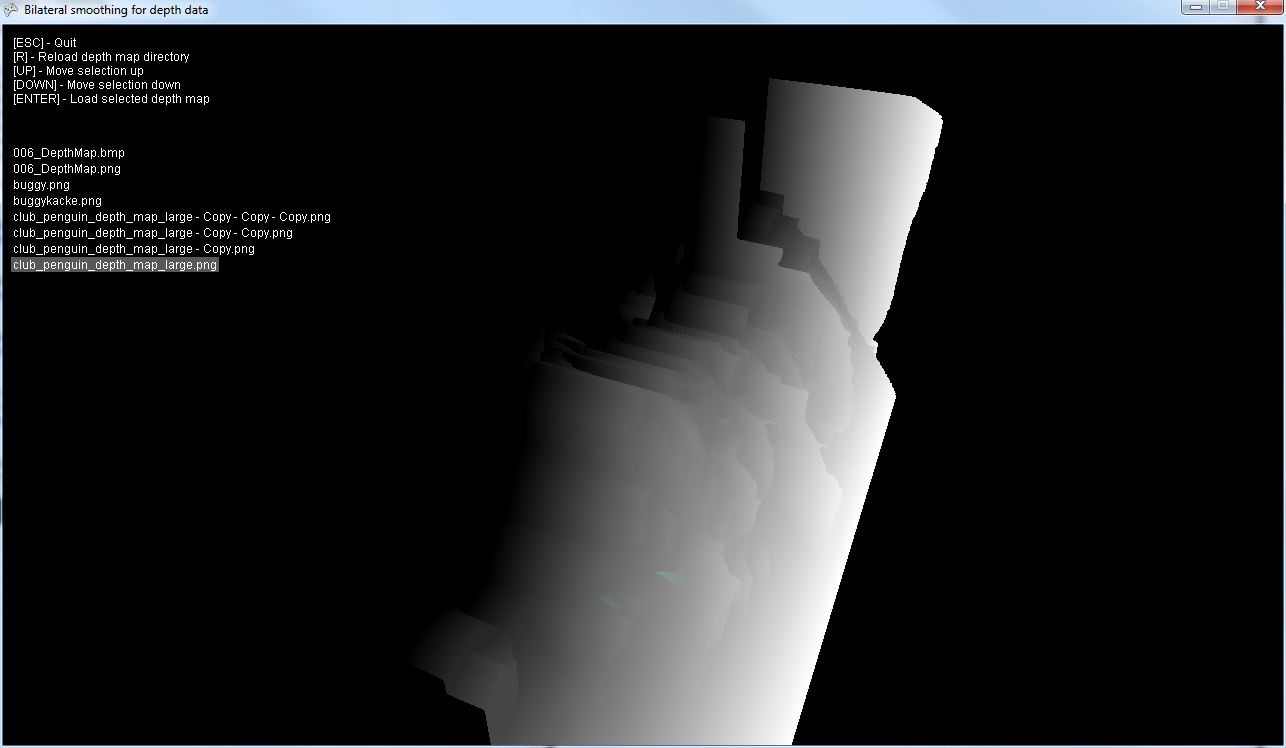 The problem seems to only arise when multiple triangles are rendered behind each other. In this case, a triangle from the back (a black one at infinity depth or a wall behind the front object) seems to shine through. Also, when I use "PIX for Windows", and I use the "Debug this pixel" functionality, I get two triangles for each of the buggy pixels I've checked.

The rendering is done as follows:

What could be the problem in my rendering method? Do I have to somehow order my triangles from back to front? (no alpha-values are used) If yes, how can I order them?

Is it maybe some problem with the depth buffer? How can I fix it?

Any other ideas on how to fix the problem?

You seems to render without depth test on. This might make triangles further away render on top of closer triangles since they might be rendered afterwards.

The solution is to turn on depth testing in your render setup and set the depth compare function to Less or LessEqual. Remember to turn on depth write too if you happen to have that turned off.

Not the answer you're looking for? Browse other questions tagged xna c# rendering heightmap depth-buffer .

4
When does depth testing happen?
2
My transparent objects overwrite opaque objects depth and always draw on top?
2
Direct3D9 depth write without depth test
3
Is multipass rendering possible with SpriteBatch?
2
How to best utilize depth buffer precision
2
How to determine the visibility of a single vertex, given a viewpoint?
3
Triangles go missing as Z changes
3
Strange depth map projection
1
Depth testing before fragment shader
1
Why do we need a depth buffer to display a single 3D cube?