Since updating to the most recent version of Unity 5.4.0f3 Personal Edition, whenever I double click on a script, it launches Visual Studio, but I get an error saying that this version of Visual Studio (Community Studio 2015) is unable to open my project. Please see the screenshots attached for the actual error message. Monodevelop also launches with it's own error message.

I am still able to open the individual script manually using the menu in VS but it's a little frustrating that it doesn't open automatically, and more annoying is that the intellisense/code completion features no longer work. Anyone know how to fix this? I have Visual Studio Tools for Unity installed and have tried running the installer to repair this tool also. 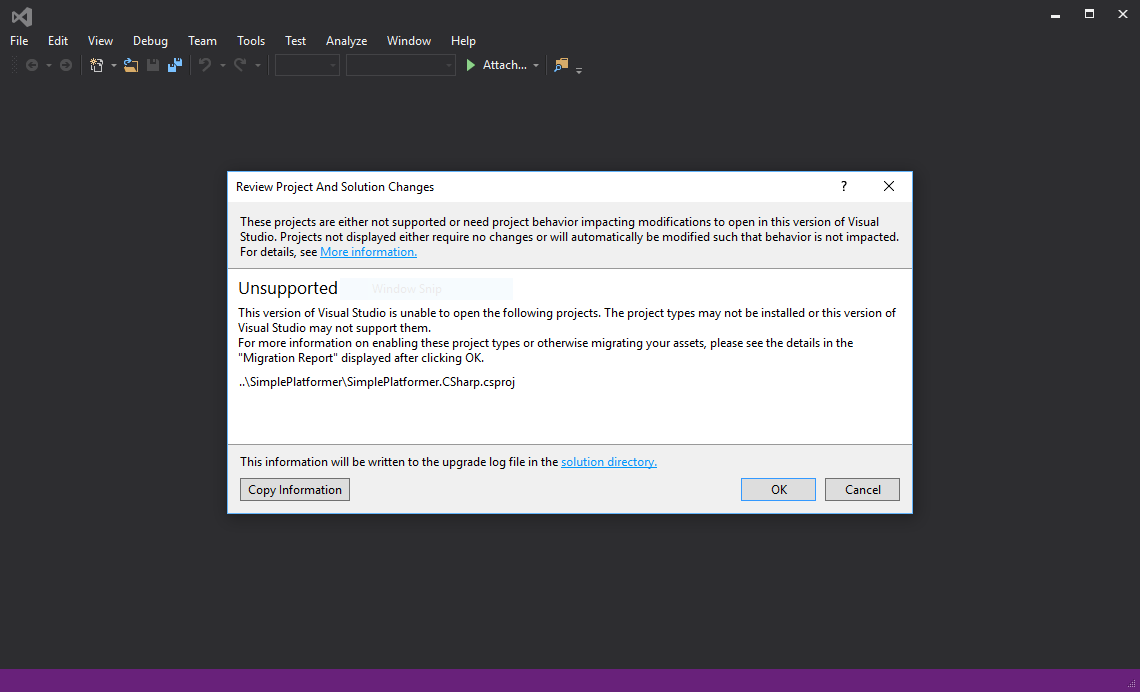 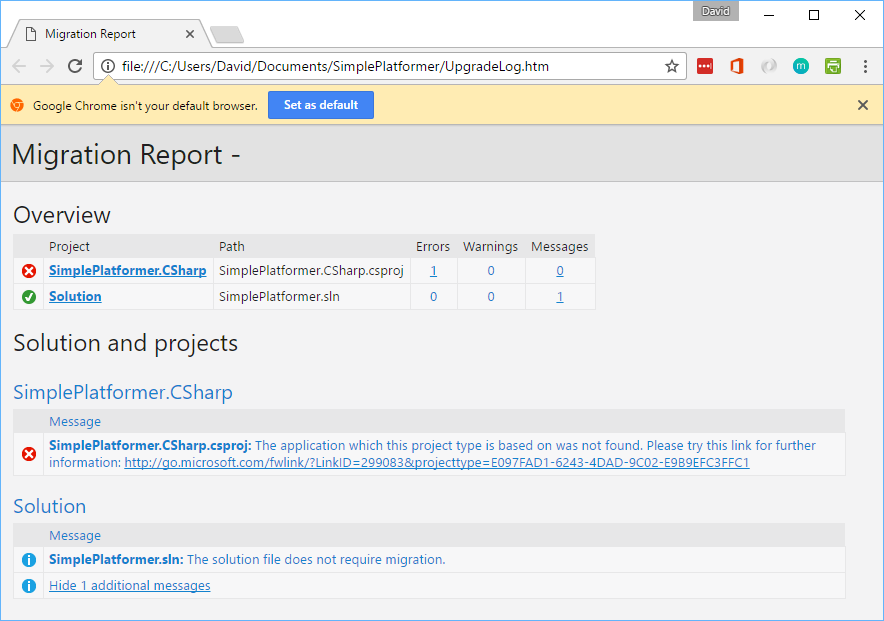 This looks to me like when you installed Visual Studio, you did not check the boxes needed to install C# support. You might try reinstalling Visual Studio and making you go down the "customized" installation path where you can enable and disable various features, ensuring all the C#-related stuff is installed.

Turns out it was an issue with my existing install of Visual Studio Tools for Unity (VSTU).

I found a thread where users had experienced similar problems due to an unsupported version of VSTU running on Unity5.2 and beyond. Unity 5.2+ requires VSTU 2.1 or later for VS to work correctly with Unity, more information for anyone interested is available in the documentation here.

I had VSTU 2.3 installed, but removing and reinstalling VSTU resolved the issue, so there must have been a problem with my install. If anyone else has this or a similar issue you can download the latest installer for VSTU here.

Not the answer you're looking for? Browse other questions tagged unity visual-studio .