I came across the following segment of code that is supposed to project an image on a hemisphere:

The followings are what I need clarifications for:

The followings are the accompanying images: 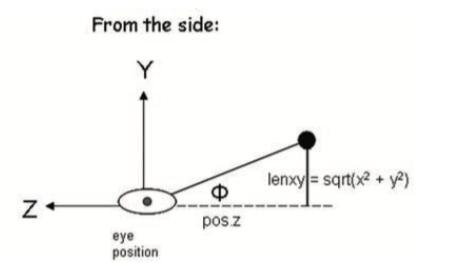 The value r will be between -1 and 1 because the atan() function returns a value between -π/2 and π/2. (Actually, that's probably the atan2() function since it takes 2 parameters.)

If you think back to basic trigonometry, sine and cosine functions are defined by the ratios of the radius of the circle to the length of either the horizontal or vertical sides of the right triangle they form. Or to put it more simply:

(The images in the Wikipedia article on sine explain it pretty well.)

In a unit circle, the hypotenuse is always a length of 1, by definition. So by normalizing the vector pos, its length becomes 1 and the x and y components of the vector become the lengths of the sides of the right triangle used to define sine and cosine (the opposite and adjacent sides in the above definitions). Like this: 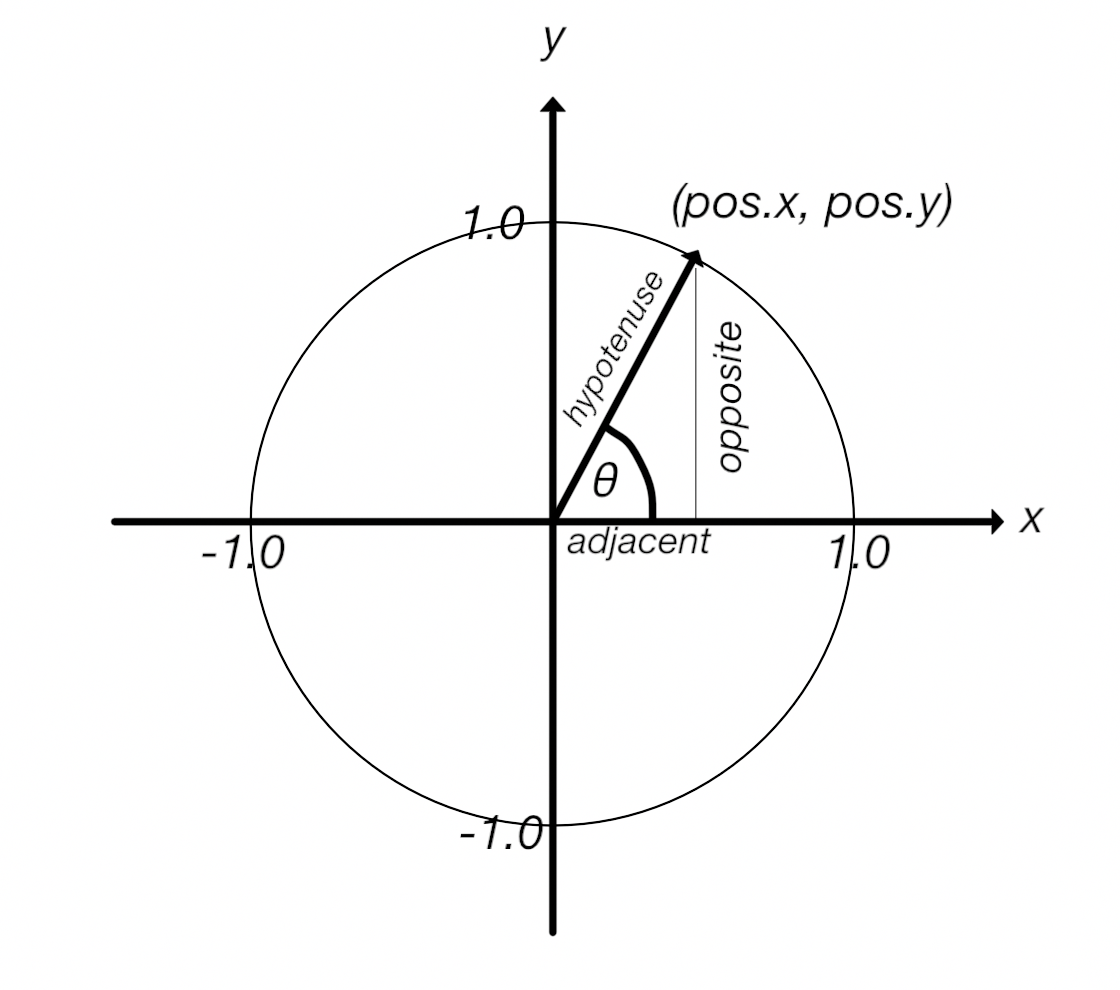 So if r is now a value between -1 and 1, and you multiply the normalized pos by it, you'll get a vector of length r pointing in the direction of pos.

Not the answer you're looking for? Browse other questions tagged opengl mathematics projection .