I am using a formula to turn the following texture 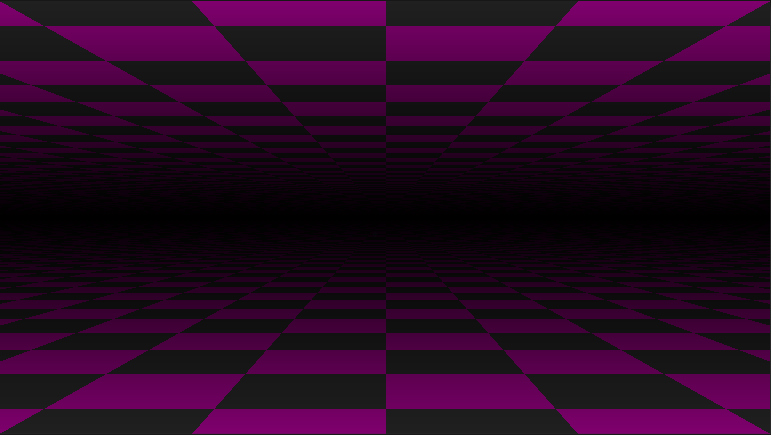 The formula I am using for the texture deformation is

Based on the deformation equation above, how can I work out a value for z on the surface of the plane at any given uv (xy) coordinate?

Your image can be interpreted a couple different ways so I will make a few assumptions up front:

To demonstrate the different depth values, I made a similar image to your question. 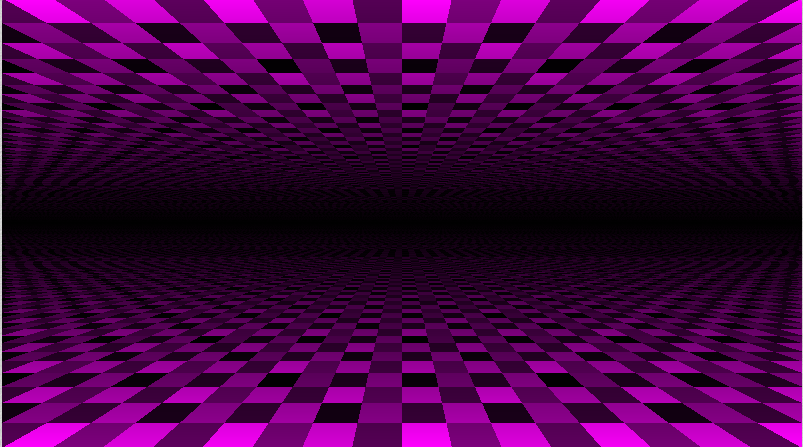 The near plane and far plane are based on your particular use case. I have chosen 0.001 and 100.0 for this example.

The scale factor determines for every unit length of the the plane (which is delineated by one repetition of your texture), how many world space units should there exists. It would seem at first glance we could just choose a simple multiplier but remember we have a scene that's already been "projected". So, actual scale factor needs to reflect the "camera" that's viewing the scene.

If the planes were completely perpendicular to the camera before they were projected, the scale factor is based entirely on the slope of the bottom plane of the camera. We choose a fake FOV and aspect ratio for demonstration but you can use whatever values suit you for these.

Putting it all together we get

All of the above code can be played with at this shader toy. Changing the nearPlane, farPlane, camFOV, and aspectRatio and hitting ALT + ENTER will update the shader to show the various changes.

Using this final value equation and modulating the near and far plane we can easily change the desired depth values.

For this solution you are gonna need to know what is the normal of the botton and top plane. Lets say we have 2 planes defined by a normal N1 and N2 and a distance from the origen D1 and D2. We also have a XY point, P and a Z vector from this point V(0,0,1).

You can choose for example the min(Z1,Z2) if it is what you want. If you dont know how to obtein D1 and D2, they are defined by:

If you dont know the normal of this planes but you know 3 points(we will call them P0 P1 and P2) of each plane you can calculate the normal by:

Not the answer you're looking for? Browse other questions tagged mathematics rendering hlsl geometry or ask your own question.

8
Rotating a vector by another vector in shader
1
Heightmap in Shader not working
2
Get intersected volume of two planes in 3D
0
How to get a position from a radial distance and angles?
3
Mapping Coplanar Vertices in 3D space on to a 2D Plane
0
Object has its heading stored as Euler angles. After it makes a turn, how do I calculate the new angles?
2
Click on an isometric plane and obtain normal coordinates
0
finding the angle of rotation of a 3d line