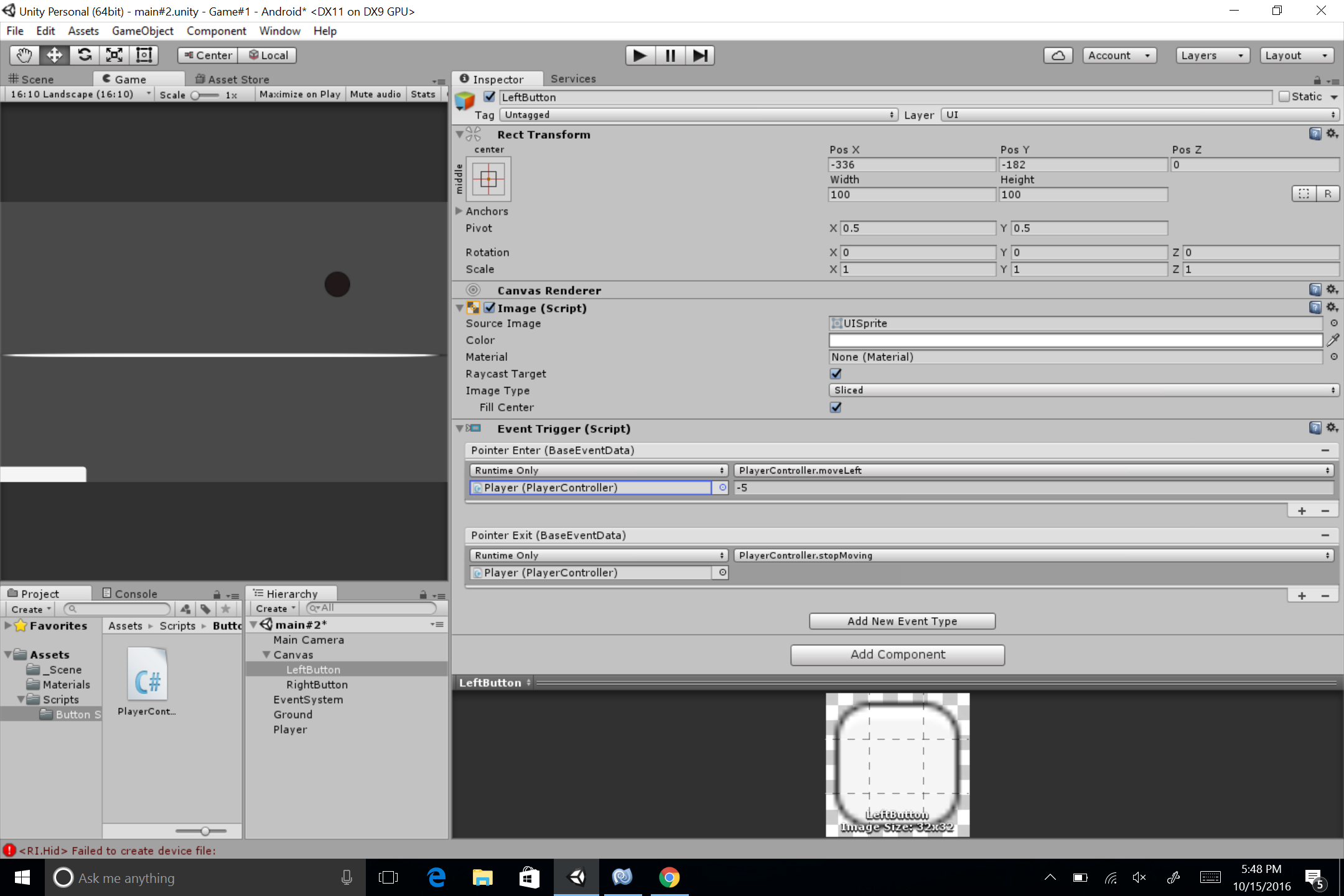 I've been stuck on this for quite some time. I'm trying to make a platformer game for android so I need some touch buttons. I made some buttons in Photoshop but I can't figure out how to make them move the player right. I've tried implementing the IPointerDownHandler interface but once I get the player moving I can't stop it, even if I call a function in OnPointerUp to set the players velocity to a new vector3 where all values are zero. I've also tried attaching event triggers to the buttons I made, but it's the opposite the player only moves for one frame and then I have to press the button again. I don't want to import any assets from the asset store and I don't want to use gui system. I want to learn how to do it myself. Thanks in advance. Here is the script in which I call functions from my PlayerController.

Here is my PlayerController script. 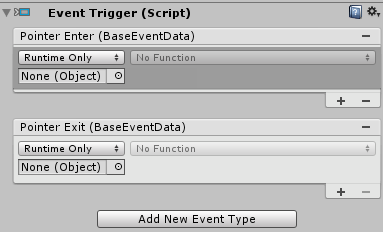 Not the answer you're looking for? Browse other questions tagged unity c# events or ask your own question.

0
Make GuiText responsive
1
How to completely stop the camera from clipping into the ground
0
Unity - best way to make intro with images
2
Best way to handle events for a turn base game?