I want to move my gameobject to move point A to target point B like sine wave, I have used Vector2.Lerp but its just straight line. so far I tried many ways and I managed this

I'm going to explain as much as I can to avoid more questions.

Let's begin from the simple linear motion. It's something like:

First of all, we're using trigonometry to find out how much we should move an object at the specific coordinate using Sin and Cos functions to convert it from the angle. Think of it as a projection of angle unit vector to the coordinate axis.

Then we're multiplying the result to the distance to move from the origin (speed of the movement, actually) and multiplying to the time that got past from the previous frame to make movement independent from the framerate. Note that this action makes everything being measured in units-per-second. Last thing to explain is the angle, but I guess Unity has methods to calculate angle between two points so it shouldn't be a problem.

Well, we got it moving to the desired point, what's next?

Let's modify the angle, here's how to do it:

This will make your object move to the desired point with a shaky behaviour, but note that speed will decrease amplitude because we're just rotating the angle and too big amplitude will make the object stay spinning at the same position being unable to move. This is how the result pattern is looks like: 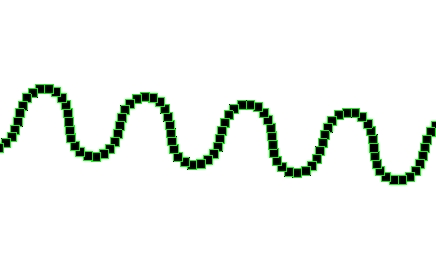 It is also able to home to your target: 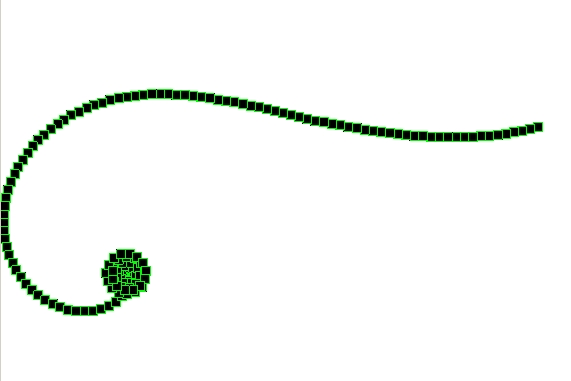 You can use a parametric sine wave, combined with a rotation matrix equation:

To add variety to the answers, you could use an AnimationCurve to manually offset a position along a linear path, so you can get any shape wanted.

Not the answer you're looking for? Browse other questions tagged unity unityscript or ask your own question.

1
How to draw a diagonal sine wave line renderer

0
Issues with Sine Wave Generation and Rotation
1
How to circle an uneven object with Camera at a fixed distance?
2
How to make an object that has no rigidbody2d component smoothly fall on the ground in Unty2d?
0
How to achieve dotted trail behind moving object with use of Trail Renderer?
3
How to find the possible directions to move next?
0
How can I rotate a camera on the X and lookat target and once looking at the target to stop slowly the rotation?
1
How to completely stop the camera from clipping into the ground
1
How to ensure my Sine Wave movement starts from the middle-line of the wave
1
Unity - Level complete progress bar stops at 75%