Given a grid system where some coordinates are marked as impassable, how to find natural-looking car driving path between two locations? 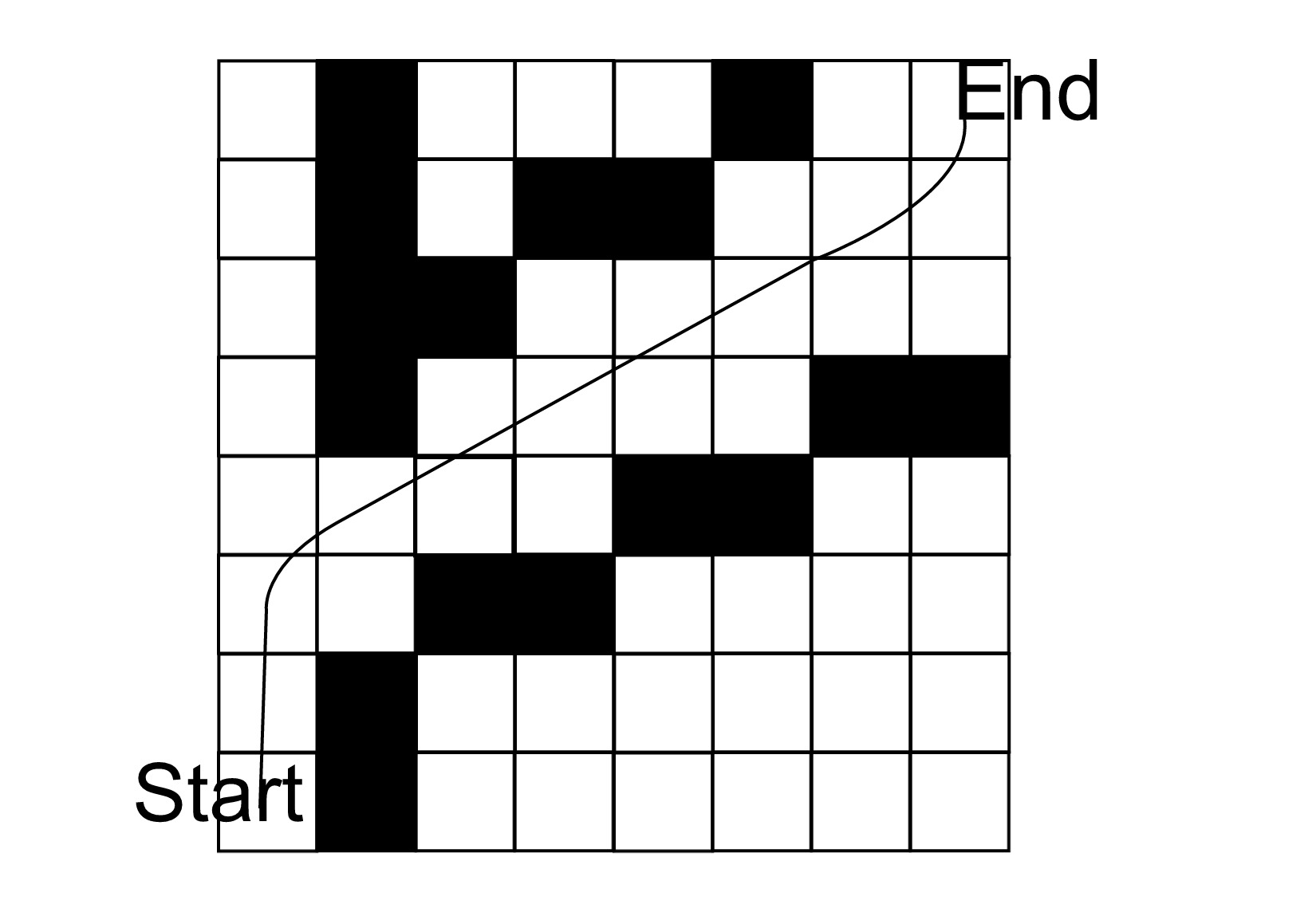 My specific question is, given a grid with a pathing solution involving non-90˚ paths, how do you figure out those paths?

but I just don't know how to combine it with areas that block the path. I've seen a little bit about "pulling the string", but very little detail.

Another issue I have is that A* will suggest that I immediately go "backwards" for the facing of my car or take way too sharp of a turn.

edit: How do I make sure I get the blue line, not the red line, which is unusable, even though A* loves it: 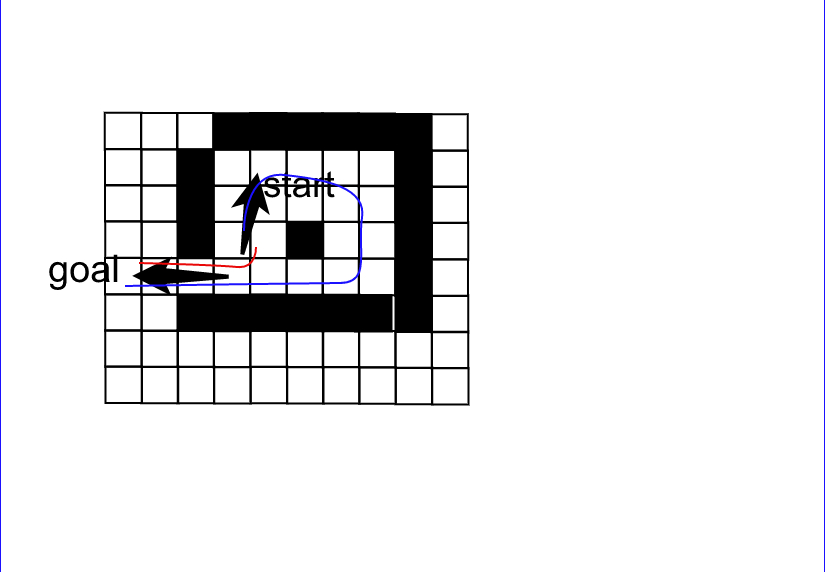 The issue I'm seeing here is that a block that isn't usable on the red path is usable for the blue path -- but A* would mark it as unusable or as having a very bad score when checking the red path.

like in RTS games you Can tag some areas in your solution with a value , representing the cost of traveling that path, so that A* can find the shortest , less costly path , or take a look at this article on Gamasutra

which uses "postprocessing solutions for smoothing the path"

Instead of having a purely 2D grid add a third wrapping dimension with the angle of the car. Then you can add the orientation of the car to the initial position and restrict the turning radius.

Not the answer you're looking for? Browse other questions tagged algorithm path-finding geometry or ask your own question.

6
A-Star Pathfinding Not Giving Shortest Path
1
Algorithm for staying “alive” forever
1
Finding the “Important” nodes of a grid path
0
Pathing for 2D, sprite-based game
3
How to choose and scale heuristics for A-star on a graph?
5
Find Minion with shortest path
0
How to create a path-finder for a map like this?
0
How to force a sub-optimal path
1
Correct way of combining A* and funnel