Pretty simple and common problem here. The world I'm designing is fully explorable, no invisible walls or tricks. It's presented as a single seamless area, a School complex with 9 buildings, some of which have 2 or 3 floors and contain many rooms.

The perspective I've chosen is simple, inspired by topdown RPGs: 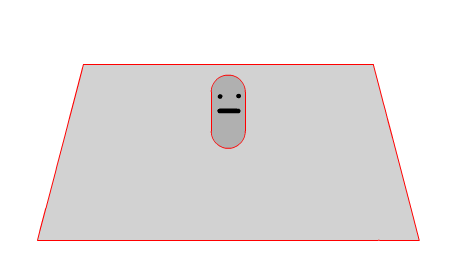 A problem arises with walls. They obscure the player. 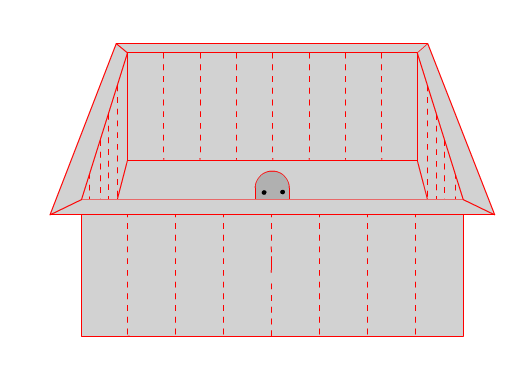 I've tried some shaders which draw a silhouette of the player ontop but I don't like this approach, other objects and decoration remains obscured behind the wall. Some kind of dissolve effect allowing you to see through the walls would be preferable, but writing my own shaders is not my forté...

Another problem is with large buildings outside. The camera is at a fixed distance, about 14 metre's away. If the player walks behind a large building (over ~10 metres tall) then the camera cuts off the top of it as it is now within the building. 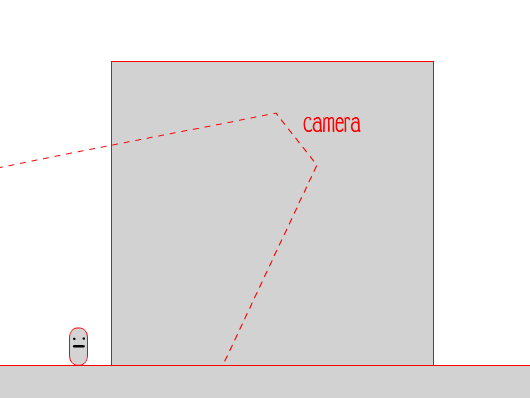 The only way I can think of fixing this is to adjust the distance between player and camera, but some of the buildings are so tall the zoom-out looks very unusual and impractical.

I suppose this is why you don't see this simplistic camera setup in large explorable games...

While I've been developing games for some years now, I've only come to 3D and Unity fairly recently, so there might be a jaw-droppingly simple solution which I'm not seeing.

Anyway, I'd like to hear some interesting or novel approaches towards fixing these problems, besides the simple ones I've suggested.

I hope that's not asking too much.

There are 3 options I have seen:

The disadvantage of 1. is, as you said, that you still can't see anything but the player, unless you draw placeholders for other objects too.

The disadvantage of 1+2 is that it allows the player to look through walls.

The disadvantage of 3 is that it's near impossible to get right, and there will almost always be cases where the camera behaves erratically.

Not the answer you're looking for? Browse other questions tagged unity 3d game-design camera perspective .

2
Camera field of view: 3D projections & trigonometry
1
3D/perspective Top down shooter bullet issues
0
perspective camera with libgdx
0
Orbiting a camera around the Y axis whilst remaining up
0
Camera controller in a 2d platformer
1
Monogame / XNA - Multple 2D Cameras (Rectangle) on screen
1
Hide building roof & Hide faces/vertices depending on world location
1
Making Buildings Transparent When the Player is Behind Them
0
Moving camera vertically only after player is too high or too low