Here is my collision code, any ideas on how I can improve it to fix the problem? 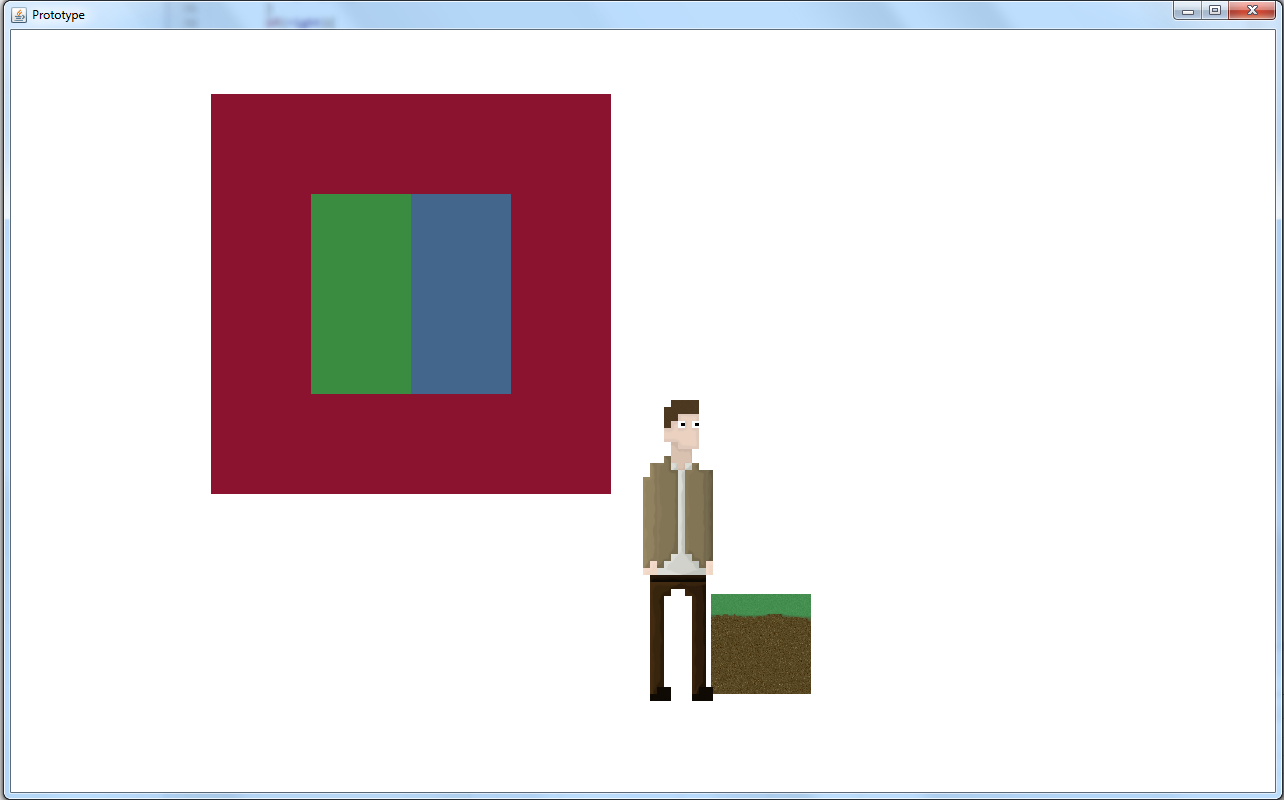 Just have bools like "canMoveForward" or "canMoveBackwards" or have one global bool that controls movement. However you want to implement it, when you detect collision, simply stop the player from moving forward. Good luck!

You are most likely running into problems with object interpenetration.

It is quite likely that you are implementing your movement code like this:

The problem with grid coordinates is that they are integers, so they can only round to the nearest integer pixel. The other problem is that points are essentially teleport-ing to their next position.

What can happen is that the next (x,y) position that the object "teleports" to could be inside an object in which case your physics engine stops the character. You need to have additional logic that can deal with interpenetration cases.

What do you mean by "dealing with interpenetration cases"?

Dealing with interpenetration means that you need to teleport the object outside of the collider object. You are currently implementing an Axis Aligned Bounding Box collision algorithm (using squares to check for collision). All you have to do is to modify your collision algorithm a bit.

You may want to consider using the built in Rectangle Class and leverage it's built in .intersects(Rectangle r) which implements a AABB algorithm.

I am not sure how you coded your player, however since it is 2D perhaps you can make collision checks for left and right and maybe even top and bottom if needed.

I think it is a simple yet effective solution. The checks would need to be placed at your movement codes, for example the player can only move left when the left collision boolean is false.

Not the answer you're looking for? Browse other questions tagged collision-detection or ask your own question.

2
per pixel based collision detection
5
Tile based collision detection failing when player is going too fast
2
How do I set up moving platforms in a 2D side scroller to interact with the player properly?
0
Why does the player fall down when in between platforms? Tile based platformer
0
3D collision physics. Response when hitting wall, floor or roof
1
Game lags when my player collides with a specific object (solution known, unsure how to implement)
0
Java - Entity Collision only working for last index of the Entity Array
3
How do I make mask work
0
How to make character not enter the platform when colliding on the side with the platform?