Button mapping of an Xbox 360 controller for windows

I can't get a clear answer on the rest of the internet. What are the joystick buttons for left and right triggers?

I'm on Windows, if it matters.

Now press the buttons on the gamepad. You will see the icon with the corresponding number light up in the "testing" window. The same window can also be used to identify any axial inputs of the controller.

Below is a helpful image guide, provided by the Unify Community Wiki article on the Xbox 360 controller. 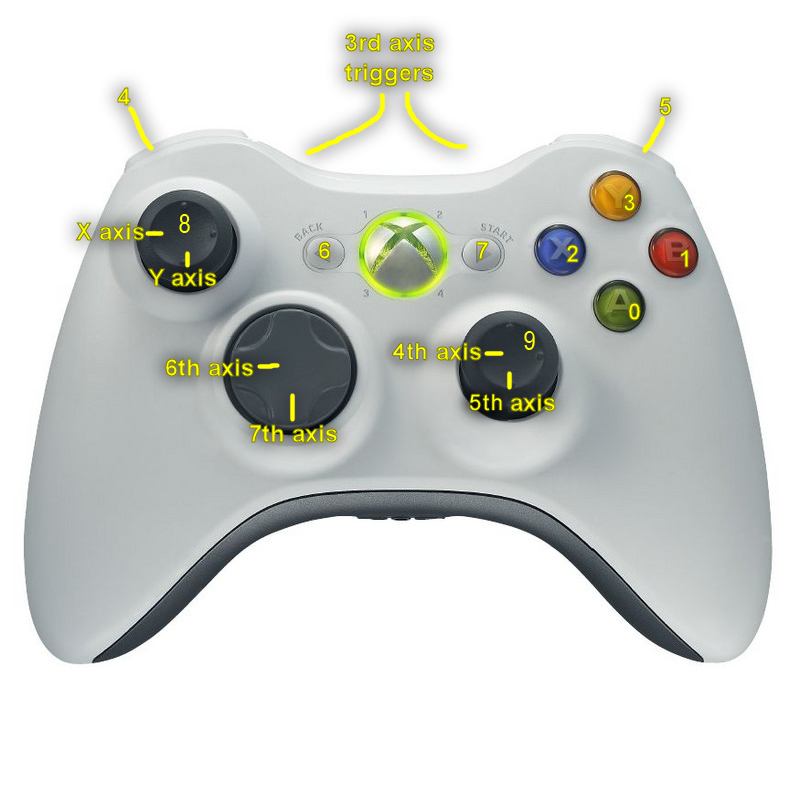 Make sure you use Axis

The triggers are represented as axis, as opposed to buttons. This is because the triggers output a value based on how far down they have been pressed. A trigger can output a value of 0.5 if only half-way pressed, while a button can only interpret "on" or "off" - 0 or 1.

For this reason, the triggers are referenced as "axis", and not as "buttons". Apart from the terminology difference, this means that you must set them up using InputManager, as opposed to having the additional option of calling them through Input.GetKey(KeyCode).

Using both triggers for a single axis

You mention using Windows, but in effort to make this answer more useful to other users, its worth mentioning that the controller references are unique to the driver being used. Given that Microsoft made both Windows and Xbox 360, it is not surprising that the controllers are "plug and play". However, you might find the need to download a specific driver for use on a Mac or Linux operating system. Below are two more additional image guides provided by the Unify Community Wiki detailing the changes on these alternate operating systems.

If you find yourself using either of these operating systems, I implore you to read more on the page, as there are slight differences in how they interpret the controller. For example, Mac OSX interprets triggers differently, and Linux interprets the D pad differently depending on whether your using a wireless controller or a wired controller. 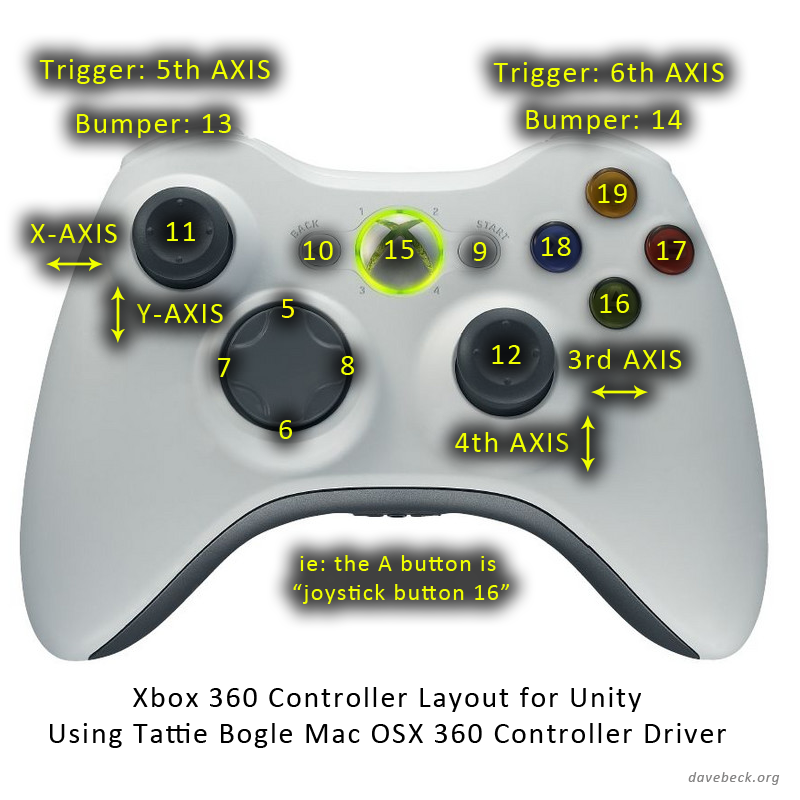 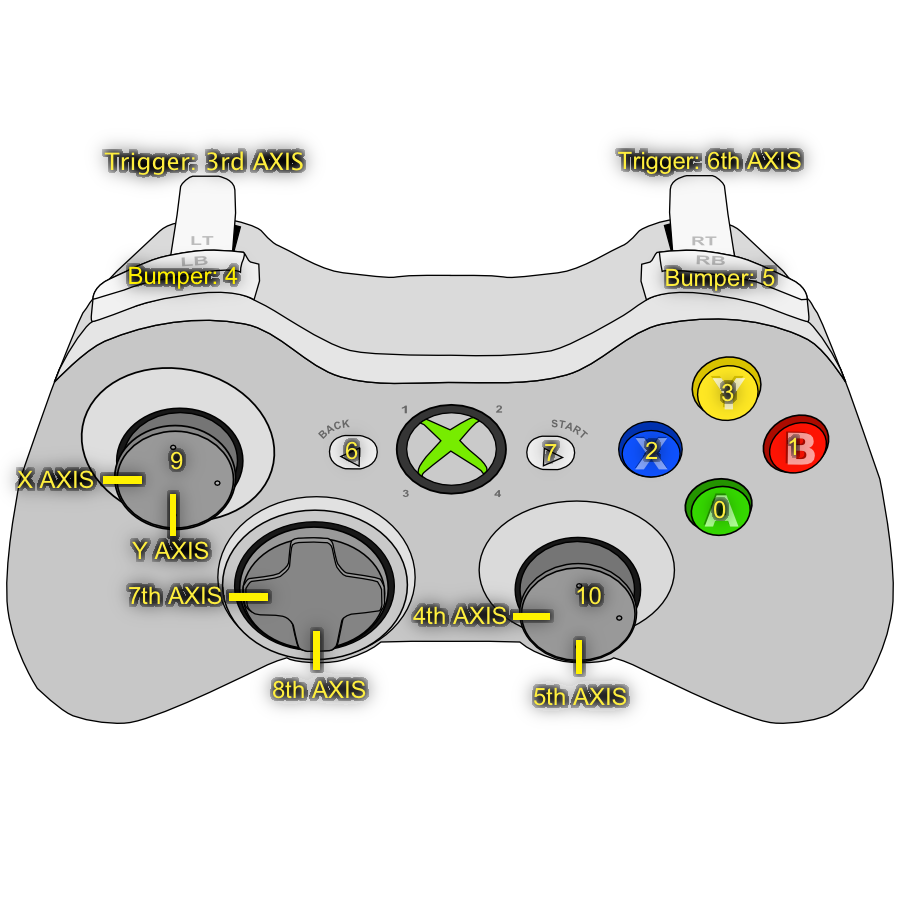 1 You would probably expect left to be +1 and right to be -1, but thats how it outputs to the debug when I tested the default axis setup.

The left and right tigers are not buttons, they are axis. You need to poll them regularly, probably once a frame, to see when they are moved/pressed. In Unity you needed to check when the axis hits whatever threshold you want it to be. You need to figure out what axis the triggers are in Unity and use Input.GetAxis()

It returns a float between 0 and 1, or -1 and 1. Figure out what value in that range works for you, and then trigger input off of that threshold.

Not the answer you're looking for? Browse other questions tagged unity controllers joystick or ask your own question.

4
How do I get consistent Xbox360 Controller input across Linux, Mac, and Windows?
0
Does libGDX support the Xbox One controller?
2
Why is Unity3D on OSX ignoring my XBox 360 controller?
0
360 Orbital Camera Controller
1
How to tell whether the joystick axis is released (not pushed) in SDL2 or in general?