I have created simple movement buttons in my game. They should trigger functions of the player's scripts, but I can't link the button to the player object/script canonically from the inspector 'cause the player is created at runtime. So I created a custom script attached to the buttons:

Haven't implemented yet the behavior I want to achieve with it, but even at this point the button doesn't print the string on console.

Here is how the button is set up in the inspector: 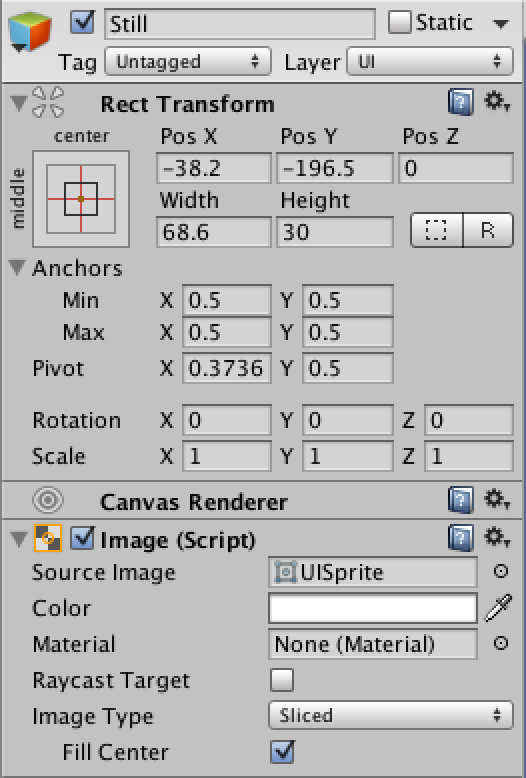 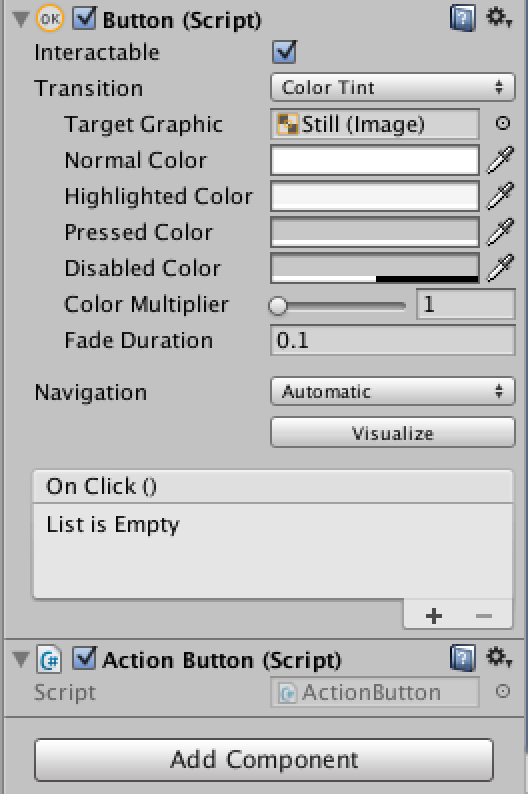 I am missing something very obvious here....?

What your missing is an EventSystem object.

Your button is passing an OnClick event when you click on it; but without an EventSystem to manage your events, this can have seemingly unpredictable results. The EventSystem is its own component, and it does not appear to matter where you place it in your hierarchy, just as long as you only have one of them.

I personally had a very similar issue while testing an android prototype game I had made. It took me several months to figure it out, and even than, it wasn't me that figured it out - I also had to ask about it, here on GameDev. While someone was able to point out my initial issue through comments, I am still quite unclear on the overarching issue that had me confused; it appears (or at least, in my case) that input may work without an EventSystem in an actual build. Assume it won't, and ensure you always include one. I keep one on my main camera, and have been able to successfully test your code with it.

If your using the CrossPlatformInput package, you also need to ensure you have matching axis in your InputManager.

Since you have not mentioned it, I assume you are not using the Unity package CrossPlatformInput. Just in case you are, buttons still won't work if you do not have corresponding axis set in your InputManager.

For CrossPlatformInput to work, it needs to interact with four separate axis in your InputManager: Vertical, Horizontal, Submit and Cancel. If you do not have these axis, fatal errors will block your UI from handling input. Simply having these axis does not suitably set them up for CrossPlatformInput, but having them there allows your other input to work as intended.

Click the + thing right under onclick. Now, choose the object "still" (the button). Now, simply find the script then function. In your setup, the button is only storing the script, and the button component isn't actually using it.

Not the answer you're looking for? Browse other questions tagged unity gui or ask your own question.

2
Why does Unity require an EventSystem component for input during a play-test, where input works fine without it in a build?

0
Cloning Prefabs with Unity not working
0
Player tag does not respond to AddForce
0
Why when drawing a box using LineRenderer the connected points of the lines is not complete?
1
How to completely stop the camera from clipping into the ground
0
Player light color he collects before checkpoint is getting reset when he restarts at checkpoint