I only got one scene to load when the timer reaches zero; I need one more scene to load. The scene manager builder index is not working for me. I have tried Application.Load() and SceneManager.Load(), but nothing works.

I can only reload the other scene with the following line of code, but it reloads the current scene, and I don't want it to do that.

The scene I am trying to reload is my restart. It's suppose to load the scene I have set up in the build settings. It's also suppose to load when the timer reaches a set time, and does that, but only with the previous line of code.

Here is the rest of my code:

Help would be appreciated. I have a picture of what I scene I want to load, too. 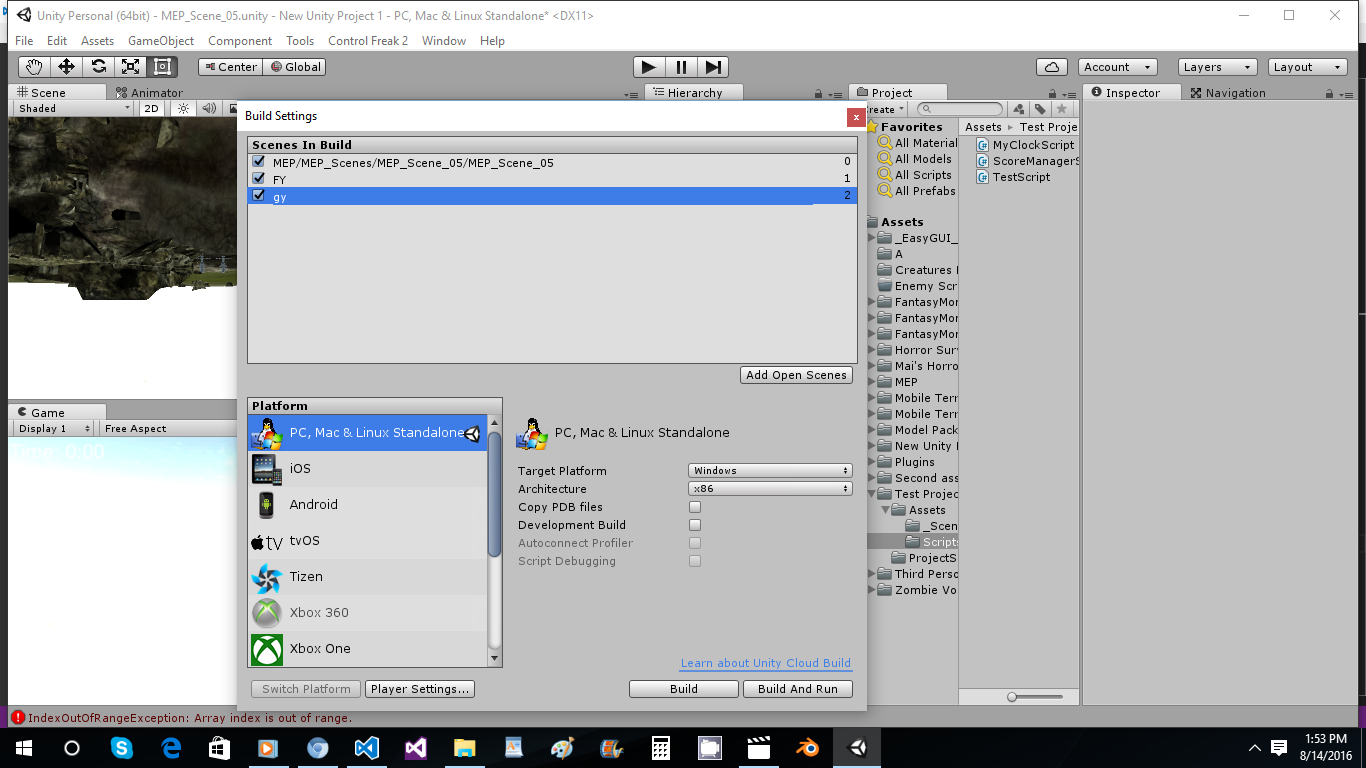 This code works fine. The only issue is at the bottom, where you have another LoadScene() which uses the index 2. Even with the code as it is, I am able to load scenes "FY" and "GY".

Also, when running the game ,there was an out-of-range on your EnemiesSpawner.cs. I fixed it by doing the below;

In addition, you might want to randomize how the enemies are spawned, as every time I started the game they spawn at the same location. Game looks great, by the way! Good luck.

Not the answer you're looking for? Browse other questions tagged unity c# scenemanager or ask your own question.

0
Unity Application.LoadLevel freezes the game on Android device
0
How to saving and loading animation curves
0
Unity 5 Animator will not disable
0
Cloning Prefabs with Unity not working
1
How can i make fade in/out of the alpha color of a material from black to none black?
0
Player light color he collects before checkpoint is getting reset when he restarts at checkpoint