River to nowhere - how do I make a pathfinder move to a destination that doesn't exist yet?

Let me start with the basics. Here's what I have:

What I'm trying to do:

I figure that I can just sample the noise function more frequently, and this will fill in points in between points to increase resolution. This works. The problem is when I get to edge cases.

In the full map, I make the edge believe that everything beyond it is a copy of the edge tile in question.

When I get to the smaller section of the map, I'm not quite sure how to deal with the edge case, especially when it comes to rivers:

I have an idea of a possible solution, but I don't know how to execute it. I generate sets of river tiles in my world generation code, and I could just generate a full map at low resolution and copy the river tiles to the smaller map. However, this would leave gaps in the river, realistically in every other tile if I zoomed in to 2x scale. Is there some way I can fill in surrounding tiles to ensure that my river won't change scale?

If you would like code or pictures, please comment and I'll post them. I'm just not sure what I need to include that would actually be helpful and not just clutter.

Edit: I'm adding some pictures that might help explain the situation, everyone likes pictures right? The first one is an "unzoomed" map. The second one has twice the resolution of the first - the equivalent of zooming in on the map but still generating the whole thing. You can see that some of the rivers are now flowing in different directions (I made sure they start in the same place) because the terrain is now more detailed and they have found better paths. I'm not as concerned about that as I am about the questions in bold above. I don't need multiple maps at different resolutions, I just need one big map at high resolution. 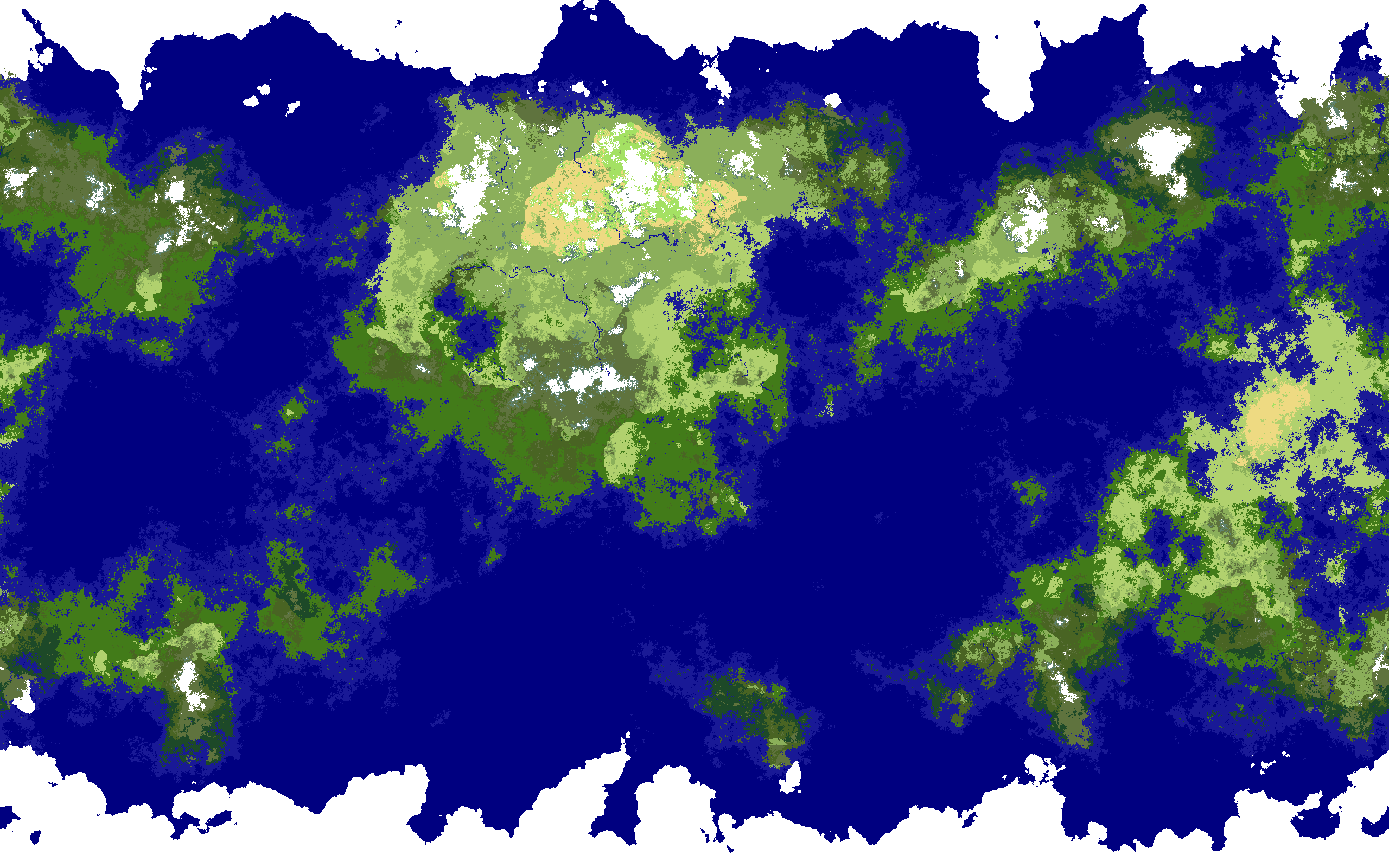 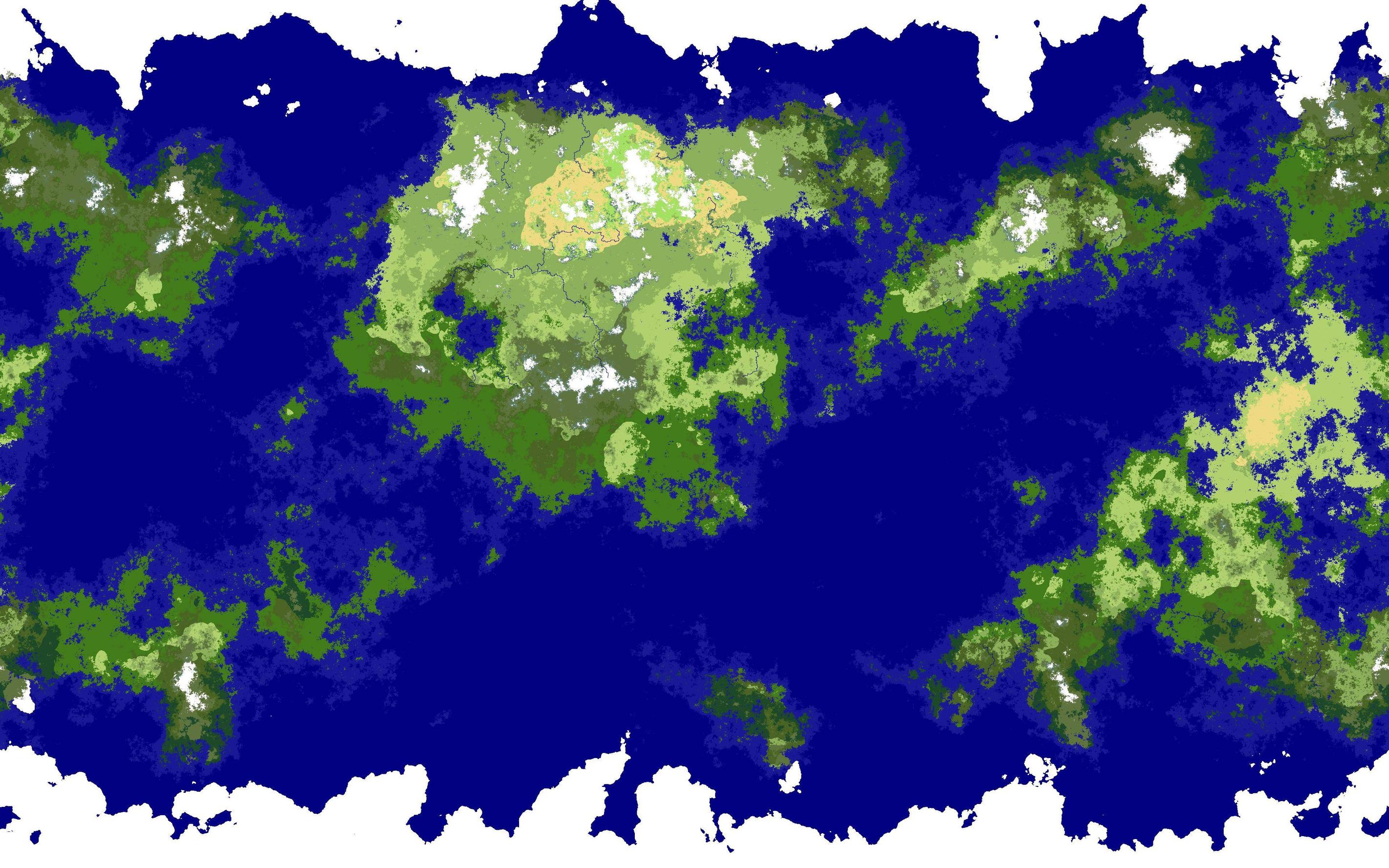 Rivers need to be generated as a result of the procedural generation, not pathfinding.

If you're going to use the map that way (not generating the whole thing, while viewing zoomed in portions), you can't generate your rivers with pathfinding. Essentially, the rivers should be fractal. Just like your terrain, you can zoom in to rivers for additional detail, but the larger structures of the fractal remain static.

However, this can't simply be another layer of noise, it needs to be closely tied to your existing terrain. Without knowing more about how you're generating the terrain it's hard to give specifics. But, you can use elevation data, moisture levels and multiple other layers to determine if a river should exist.

Not the answer you're looking for? Browse other questions tagged java procedural-generation maps .

8
Render rivers in a grid
2
Procedual terrain generation and biomes/predetermined variation
3
Smooth Biome transitions with tile map?
21
How can I generate random maps that feel like Age of Empires II random maps?
4
Alternate approach to generating rivers in a procedurally generated world creates very boring rivers
2
Are there any methods for generating rivers on-demand with Perlin/Simplex noise?
4
2D Rivers/Lakes in infinite terrain
40
How can bays and straits be determined in a procedurally generated map?
3
Same noise generator for C# and Javascript