I am trying to rebuild the fur effect in Viva Pinata. 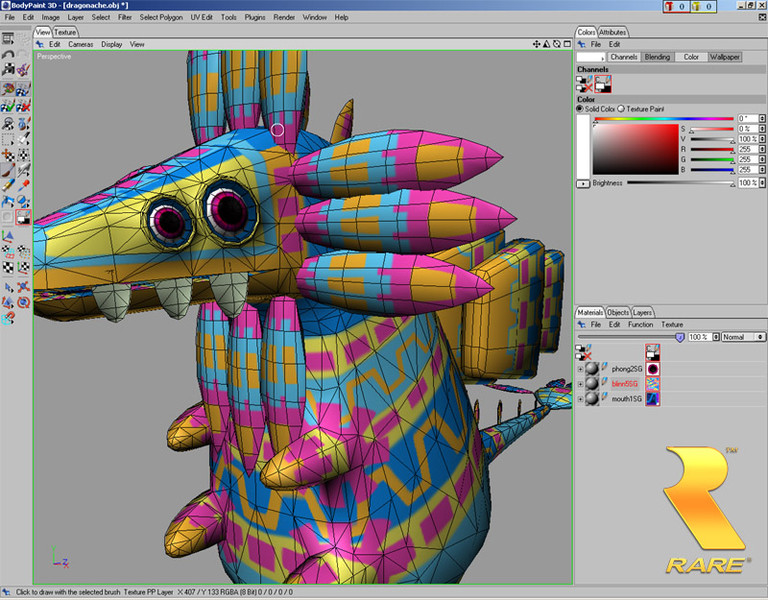 Here each square becomes a pattern of fur 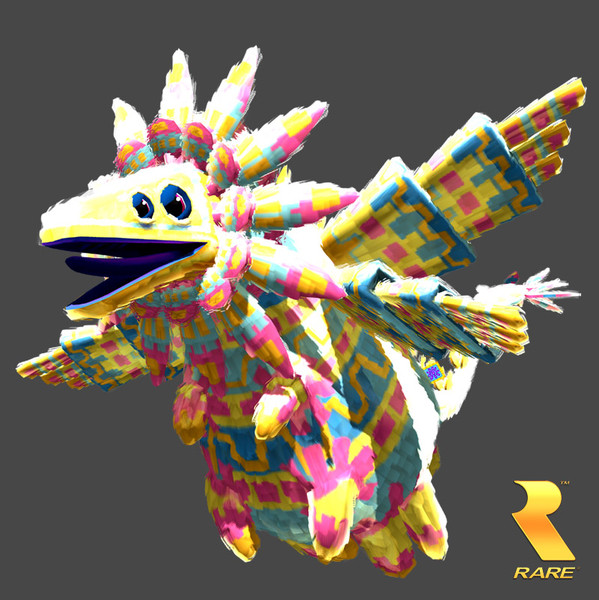 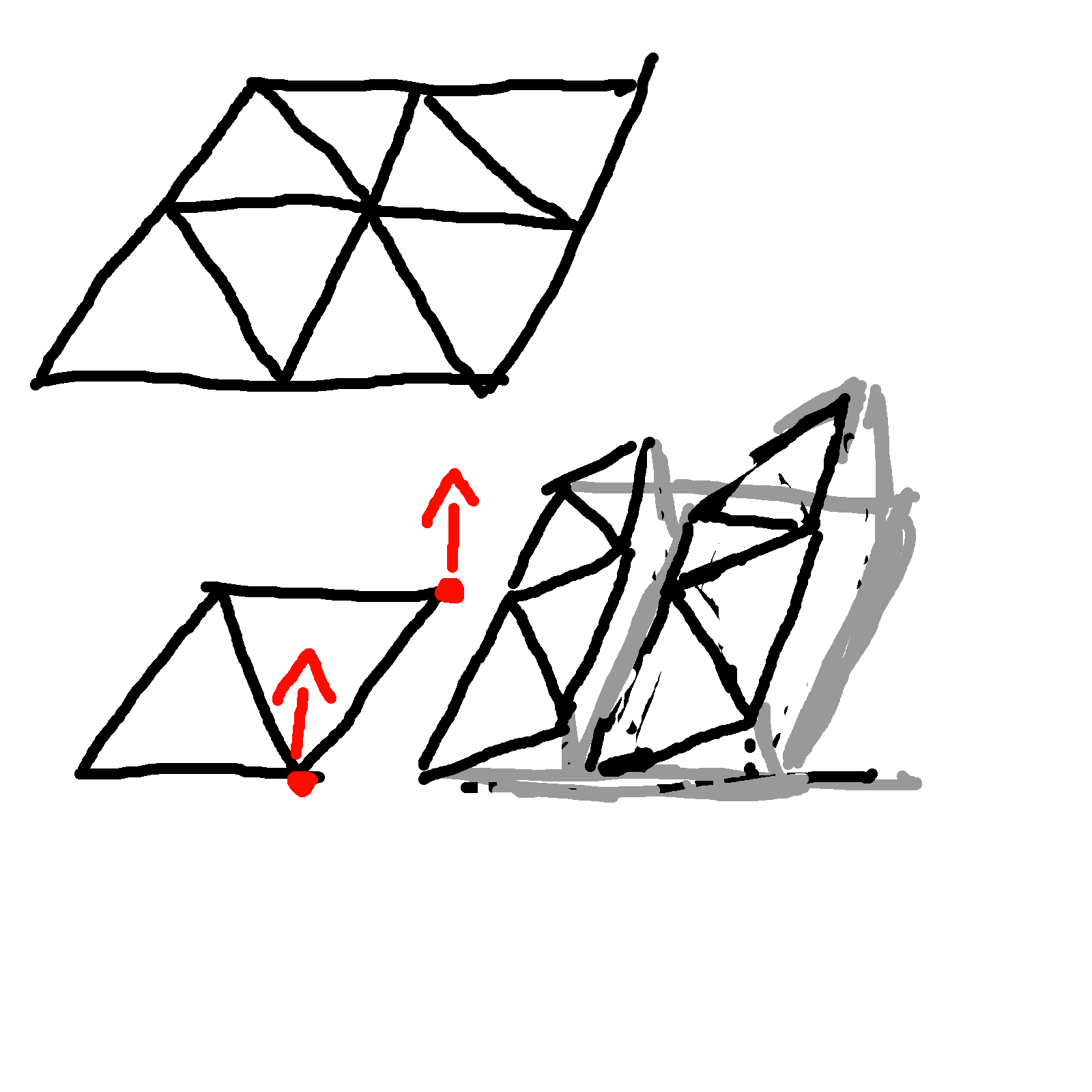 U lift one end of the triangles.

Now I need to achieve "lifting one end of square". I can do either vertex, fragment, geometry shader. However I am clueless when it comes to determining which vertex is "end of square", so that I know which vertex to lift up.

This is actually an illusion. The vertices are not lifted: There aren't enough vertices in the model to create the pinata effect.

Here are the tricks:

A very minimalistic example (fins and baked ambient occlusion only):

Take your 3D model (A simple cube in this example so we can see how its done) and extrude the edges. These are the "fins". 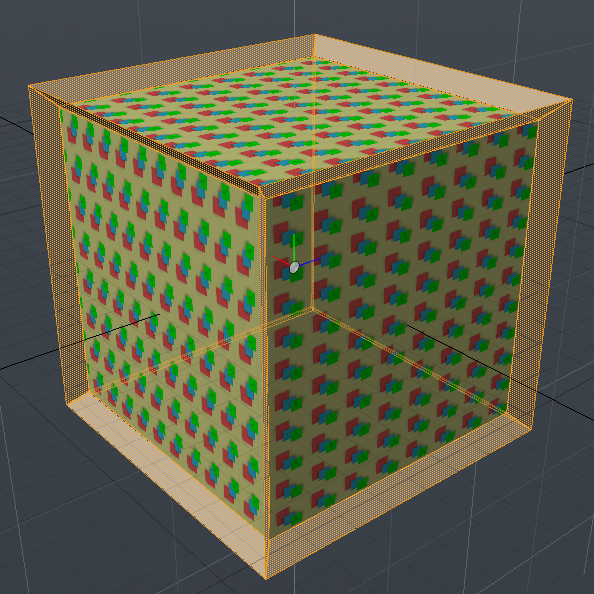 Create a texture for those fins that reproduces how the pinata paper looks sideways:

Apply this texture to the fins 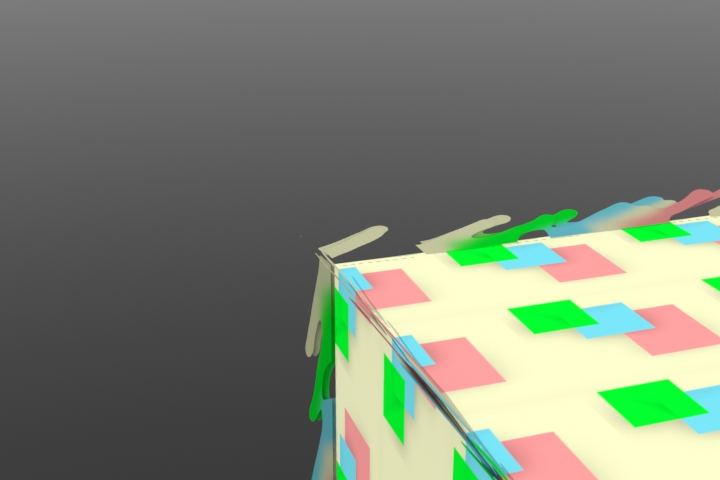 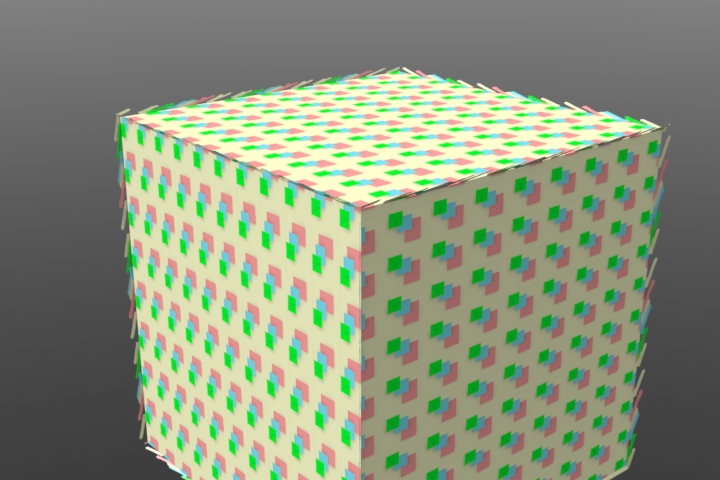 Left to do: Add normal map and parallax mapping or an extra shell.

Shells are extra copies of your original geometry extruded along the vertex normal that are rendered with a mostly transparent layer to create the illusion of depth. 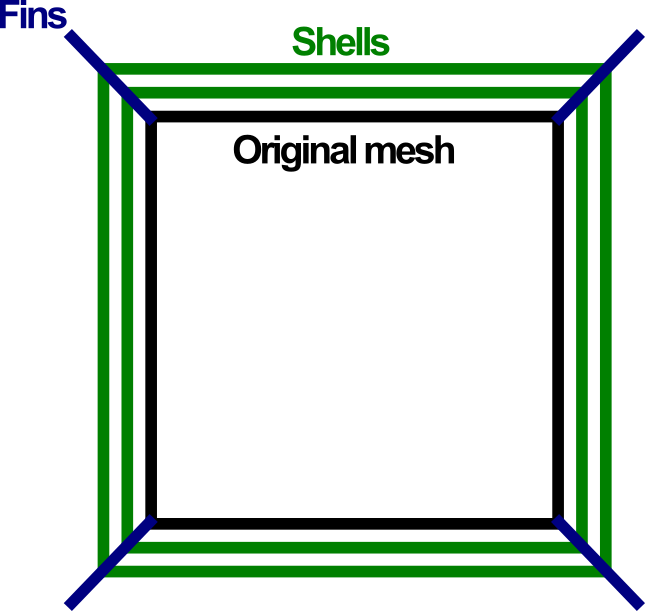 Usually a shader is created that takes a height map and the diffuse texture to make every texel below the height threshold of each shells transparent.

By creating an extra layer above the original mesh a slight illusion of depth is created: 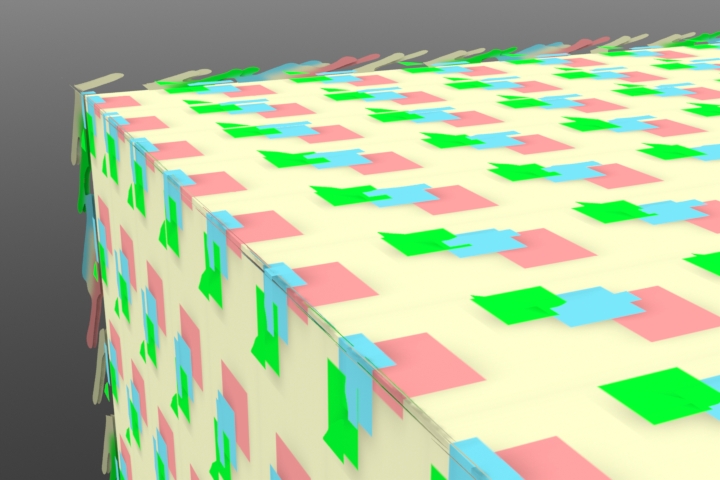 The more shells are created, the better the effect.

Not the answer you're looking for? Browse other questions tagged shaders glsl gpu cg geometry-shader or ask your own question.