I know there are many threads about this but none of them seems to work for me and I spent like 2 days already on that problem. Things that I've checked:

It's like I see the way to accomplish that but can't really glue all the pieces together. It seems that to make a "hole" in terrain we have to: 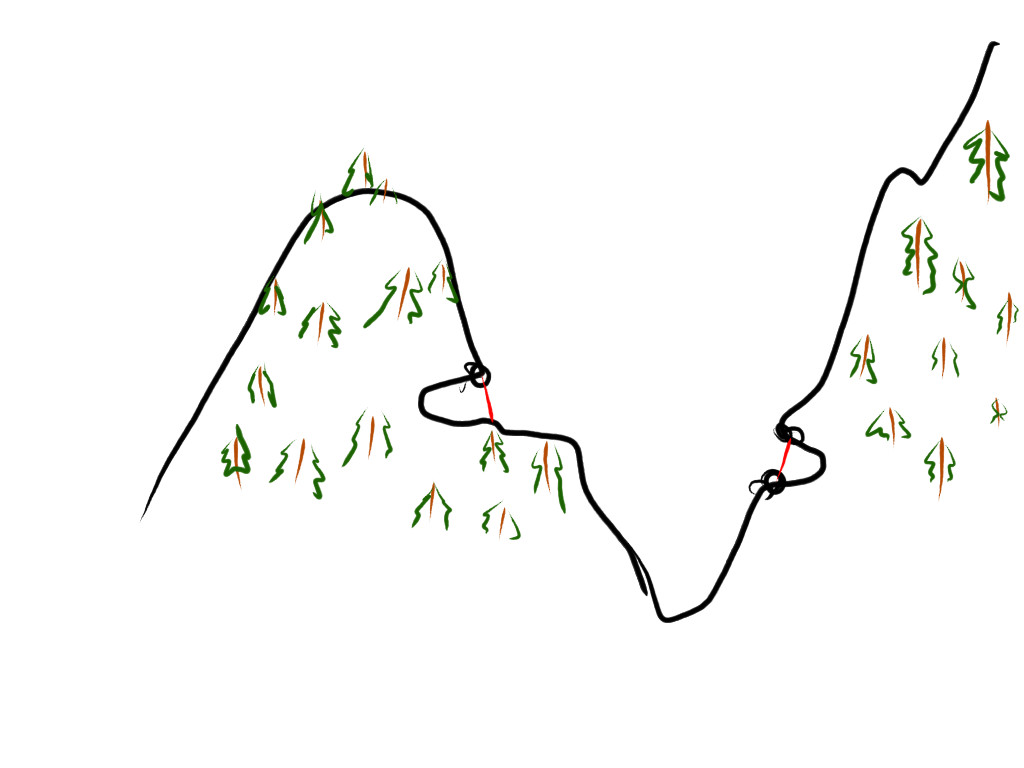 I don't want to use voxel terrain, instead of depth-mask I could use transparent terrain texture paint option.

Do You know any working example for version 5.3.5 or could You help me somehow with it?

I have little experience using Unity directly, but I've been a level designer for years and a much easier approach rather than worrying about cutting holes into your terrain is to simply build up a C shaped ridge in your terrain for the size of your cave and then cover it with rock meshes to give it the illusion of a cave.

Another approach is that you could even forego pulling up the landscape all together and simply use the rock meshes to build the cave as this will likely look more realistic. I think using a terrain to actually form mountains and landscape is a very old-school approach to level design that no longer looks realistic. If using terrain, I only use it to form the ground you walk on and instead use rock meshes to build up the mountains, cliffs and caves/caverns and maybe the occasional sculpted terrain for the background mountains (though I even make these in Mudbox and World Machine and import them as a mesh.

If you're trying to create a system of underground Caverns that you can walk down into from your terrain, rather than cutting holes in the terrain, I would use meshes to form the mouth of the cave and then create a level transition point there that loads another map all together containing your caverns and then build the caverns entirely from rock meshes. Not only will this look better than trying to use a terrain to build the caverns, but you'll get better performance by making the caverns another level and using instancing on your rock meshes.

If creating a multiplayer map, I would either place the Cave mouths at the edges of my terrain and simply form the caverns using meshes that walk the player below the terrain mesh. OR you could add a teleport script at the back of the cave mouth that teleports you into the caverns below the terrain. There are a multitude of different approaches you could take to make the transition look seamless and still not need to actually cut holes in your terrain.

Something else to consider is that if you DO cut holes in your terrain, the LOD system will sometimes cause the holes to change in size and show gaps in the terrain where there shouldn't be. All in all, I don't ever recommend doing this as there are much better solutions as I outlined above.

Not the answer you're looking for? Browse other questions tagged unity 3d shaders terrain terrain-rendering or ask your own question.